We’re about a week and a half away from Takeover: Toronto and that means we’re in the final drive to the big show. There’s a good chance we’re going to see the semifinals of the Dusty Rhodes Tag Team Classic tonight but on top of that we’ll be seeing the contract signing for the NXT Title match between Shinsuke Nakamura and Samoa Joe. Let’s get to it.

We go to the Performance Center to preview the two tournament matches tonight.

From Los Angeles. Ciampa and Akum start things off with Tommaso being thrown all over the place. Gargano comes in and gets the same treatment as everything breaks down. DIY cleans house with strikes to the face and a double clothesline as the Authors are knocked outside. A suicide dive doesn’t work for Gargano so Ciampa tries one of his own, only to have the Authors throw Johnny at Tommaso for a big crash as we take a break.

Back with Gargano in more trouble as Akum sends him head first into the buckle, leaving Johnny looking like he’s on another planet. An over the shoulder backbreaker makes things worse until Gargano grabs a DDT. The hot tag brings in Ciampa to clean house a bit and a German suplex sends Razar flying.

Razar is right back in though and gives Ciampa a Samoan drop while hitting a fall away slam on Gargano at the same time. DIY gets in their double strike but Ellering offers the distraction. It’s quite the distraction too as the Revival is able to sneak out from underneath the ring to lay out Gargano, leaving Ciampa to take the Last Chapter for the pin at 13:25.

From Los Angeles again. Sanity jumps Thorn and Miller from behind to start and we take a break with TM61 in trouble before the opening bell. Back with Miller nowhere in sight as Thorn takes a beating from both monsters. Alexander does some weird dance before rubbing his forearm in Thorn’s face. Miller finally gets on the apron, only to be knocked right back to the floor. An errant uppercut takes out Wolfe though and the hot tag brings Miller in to clean house. Everything breaks down and Eric Young goes after Miller, only to have Thorn hit a quick dropkick into a rollup on Wolfe to advance at 6:42.

William Regal makes DIY vs. Revival for the Tag Team Titles in a 2/3 falls match at Takeover.

That would be the former Rachel Ellering and I’m sure it’s no coincidence that she was trained by Lance Storm (real name Lance Evers). Ember offers a freaky smile to start and gets two off a rollup. Something like a nip up into a hurricanrana puts Evers down again, only to have her duck a springboard crossbody. We hit the chinlock for a bit before Ember pops up and clotheslines the heck out of Rachel. The Eclipse wraps Evers up at 3:13.

Regal brings out Shinsuke Nakamura and Samoa Joe for the contract signing. The ring is full of security but Joe goes back to the entrance and sets up his own table and chair on the stage. Joe doesn’t think Regal is concerned with his safety so business will be conducted from up here.

Nakamura is some kind of rabid animal but Joe is the kind of man that can come to that ring and have him stretchered out at any time. Joe orders Regal to bring him the contract and the boss actually does so, allowing Joe to sign. The disgusted Regal brings the contract back to Nakamura, who beats up the security. One of the guards is powerbombed through the table and the contract is signed to end the show. 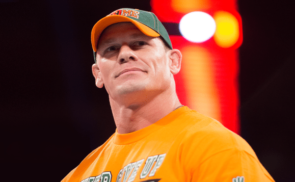 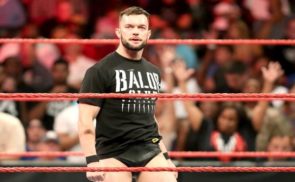 Major Update on Finn Balor’s Status For “Roadblock” in December