It’s a big night in NXT as we have two major stories to get to. First and foremost, Tyler Breeze is Sami Zayn’s latest obstacle on his road to redemption. Breeze is one of the only guys that Sami has never beaten and tonight they square off in what might be a #1 contenders match. Other than that we get to find out who Hideo Itami has found to help him in his war with the Ascension. Let’s get to it.

We open with a recap of Zayn’s road to redemption. I like this story more every time I see it.

Feeling out process to start with Tyler getting two off an early backslide. Sami flips out of an armbar and nails an atomic drop before taking Breeze into the corner. Tyler comes right back with some stomps in the corner before bulldogging him face first onto the middle buckle for two. We take a break and come back with Sami fighting out of a chinlock but eating an elbow. Back to the chinlock as the fans are chanting for Breeze.

Zayn fights up again but Tyler fights out of the Blue Thunder Bomb and drops Sami with a neckbreaker for two. Sami shoves him off the top rope but Tyler dropkicks him out of the air. The Koji Clutch is quickly broken and neither guy can hook a German suplex. A HUGE Supermodel Kick gets two on Sami and frustration is setting in. Breeze takes him into the corner but walks into the exploder suplex, followed by the Helluva Kick to give Sami the pin at 14:43.

Neville isn’t afraid of Sami because he can’t win the big one.

Wilder runs him over to start so Tyson begs off in the corner. Kidd unloads in the corner and catapults Wilder face first into the bottom turnbuckle. A kick to the back gets two and we hit the chinlock on Dash for awhile. Wilder finally gets up and nails a powerslam for two, only to get kicked in the head again. A Moss Covered Three Handled Family Credenza sets up the Sharpshooter to make Dash at 4:28.

Marcus Louis is completely insane and ranting like a crazy man. I didn’t recognize him at first.

Sami Zayn says he feels like the Count of Monte Cristo by beating all of these people in a row. The road to redemption is more than just a tag line and he wants his shot at Neville next week.

Bayley and Becky get things going with Bayley driving Lynch into the corner with aggression to start. Off to Banks who gets dropped with a clothesline and knee dropped for two. Charlotte and Becky come back in with the champ taking Lynch down in a cravate. We take a break and come back with Charlotte taking her back down with another cravate.

Charlotte talks trash to Sasha on the apron before whipping Lynch into the corner to knock Sasha to the floor. She spends too much time yelling at Banks though and gets nailed for two. Banks comes in now for a few shots and immediately tags back out. Charlotte comes right back and drops a knee on Lynch’s head before bringing in Bayley. Lynch takes her into the corner and tags in Banks for some forearms to the back.

In an evil nod, Banks hooks Bayley in a figure four neck lock and drives her face first into the mat ala Charlotte. The heels take turns on Bayley until she finally suplexes Banks down for a breather. Sasha knocks Charlotte off the apron and gets rolled up, only to roll through on Bayley and grab the tights for the pin at 11:34.

Result: Becky Lynch/Sasha Banks b. Charlotte/Bayley – Rollup to Bayley with a handful of tights (8:04)

Regal confirms Neville vs. Zayn for the title next week.

Here’s the Ascension to call out Itami. They tried to be patient but Itami has done nothing but make threats. Get out here right now so we can finish this. Itami comes to the stage and is joined by…..FINN BALOR! I believe the screen was originally supposed to say Prince Devitt and then turn into the new name but it just said Finn Balor (pronounced like valor). They charge the ring and destroy Ascension with a variety of kicks and knee shots as the fans chant THIS IS AWESOME and DREAM TEAM. Finn goes to the top for a double stomp to Konor’s back to end the show. Finn looked AWESOME here and the fans ate him up.

Becky Lynch/Sasha Banks b. Charlotte/Bayley – Rollup to Bayley with a handful of tights

This concludes our live coverage of NXT.  Make sure to join up on Friday for Smackdown at 8pm EST. 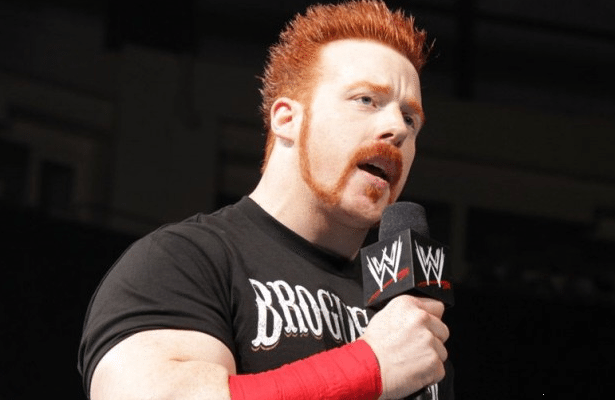 Sheamus Talks About Health, Working in WWE, and Wanting to Face a Celebrity in the Ring 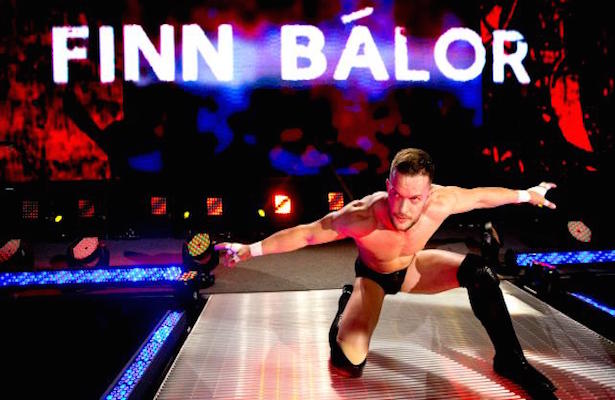