Tonight is a big show for NXT as we have the showdown between Sami Zayn and Adrian Neville for the NXT Title. I don’t quite believe we’re getting the full match tonight though, or at least we’re not getting a clean ending. Other than that we have the fallout from the debut of Finn Balor, who will be helping Itami in his war against the Ascension. Let’s get to it.

We open with a recap of Itami vs. Ascension and Balor debuting from last week.

Here’s Balor to open the show with a rather epic entrance. He says he’s here in NXT because he’s the future….and here are Natalya and Tyson Kidd arm in arm. Tyson is sure that Balor has a fascinating story but no one cares. Fact. Kidd was brought into this business as a Hart, so the first thing he was ever taught was respect. Cue Justin Gabriel who says a new international superstar is here every week to be a top guy. Finn has to get through them first though, but let’s pause for a WHO ARE YOU chant at Gabriel. Kidd and Gabriel get in the ring but here’s Itami, walking very slowly out to save his buddy.

This should be good. Gabriel and Itami get things going but it’s quickly off to Kidd for a wristlock. Balor comes in for the first time and Tyson is already out for Gabriel. A dropkick puts Gabriel down but he bails to the floor, setting up a big flip dive from Balor as we take a break. Back with Itami putting Justin in a chinlock and getting two off a kick to the chest. Off to Balor vs. Kidd with Tyson taking him outside for a neckbreaker on the floor. Gabriel hits a LOUD chop on the floor before kicking Finn in the back.

Tyson does the same for two as the heels take over on Finn in the corner. We hit the chinlock on Balor before Justin cranks on both arms at the same time. Kidd and Gabriel keep making the fast tags until Balor nails Tyson with a Pele Kick. The hot tag brings in Itami to clean house and a big kick gets two on Kidd. Justin dives into a knee to the ribs for two as everything breaks down. The newcomers hit stereo corner dropkicks, setting up a top rope double stomp to end Gabriel at 10:34.

We look back at Zayn vs. Neville from about a year ago in a great #1 contenders match.

Zayn says tonight feels different than all of the previous times. The road to redemption is more than just a nice tagline because destiny never makes mistakes. Tonight is going to unfold just like it’s supposed to.

Banks sends her into the corner to start and nails a low clothesline for an early two. The fans argue over whether Sasha is ratchet as she puts Bliss in a modified surfboard. Bliss nails a dropkick but gets caught in the Backstabber into the Bank Statement for the tap out at 2:18.

Banks wants to make her title match against Charlotte official.  She doesn’t do anything to accomplish that but she does indeed want it.

Neville says Sami is his friend but he’s going to be disappointed again tonight.

We need new jobbers around here. Non-title again. Kalisto throws Blake around to start but Murphy sneaks in to catch Kalisto in mid air for a suplex. Murphy gets two off a clothesline before it’s back to Blake for a top rope stomp to the back for two of his own. Buddy comes back in to hammer away but Kalisto slips through his legs to tag Sin. Cara speeds things way up but gets thrown into Blake to knock him off the apron. Kalisto hits a HUGE corkscrew plancha to drop Blake again, setting up the Swanton from Cara to Murphy for the pin at 5:07.

The Vaudevillains applaud the Dragons but tell them to keep the titles polished.

Zayn is challenging and quickly flips Adrian down to send the champion into the corner. He does it again before avoiding some dropkicks and dropkicking Adrian out to the floor. Sami loads up a dive but backflips back in when Neville moves. The OLE chants start up as Sami holds the ropes open but Neville flips back in. Now it’s the champ’s turn for some rapid fire kicks and Sami is in trouble.

Back from a break with Neville holding a chinlock to slow things down. Sami fights up but is pulled right back down into the same hold. Back up again with Sami nailing three clotheslines because that’s the standard comeback anymore. The third puts Neville on the floor and now the flip dive connects. Back in and Sami hits the cross body but hurts himself on the impact. Adrian hits a quick standing shooting star for two but can’t hook a powerbomb.

Sami gets back up and catches Neville on his shoulders for a BIG spinning powerbomb and two. Fans: “THAT WAS THREE!” Neville nails another kick but Sami ducks the second and rolls some Germans, capped off by a release half nelson suplex for two. The Helluva Kick is blocked by a kick to the face and the exploder is countered with a rollup for two more. Neville goes up for the Red Arrow but only hits mat to put both guys down. Adrian comes up holding his knee and Sami won’t go for the Helluva Kick. The referee throws up the X so Sami goes to check on Adrian….and gets rolled up for the pin at 15:33.

Sami is stunned as trainers check on Neville to end the show. 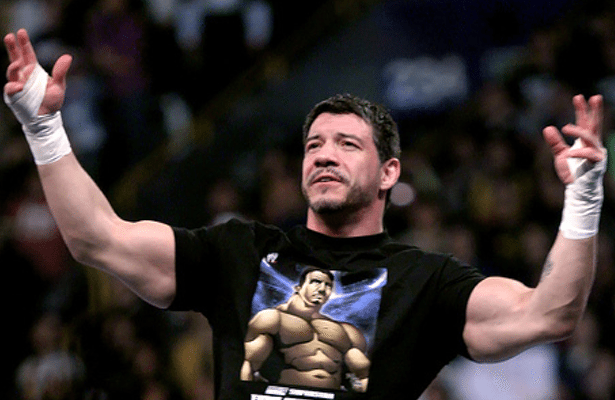 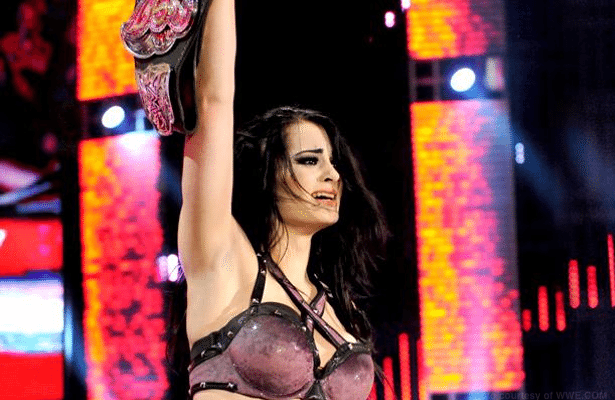