This is part two of the Best of 2015, meaning we’ll be seeing another hour of great stuff from last year. There’s still a lot of awesome matches they haven’t touched on yet which is really amazing given how much we saw last week. I’d assume a lot of this will be Finn Balor focused and there’s nothing wrong with that. Let’s get to it.

Again: these are the full reviews of matches even though the clipped versions are airing on the show.

We open with a package on Finn Balor vs. Kevin Owens from Tokyo at Beast in the East.

Brennan and Graves welcome us to the show.

From Beast in the East.

We get the Demon entrance from Balor. For a bonus, the camera changes to an arena shot at the crescendos of the music. To make it feel even more special, we get the full on flower presentation from geisha girls (Owens throws his into the crowd of course) and streamers for both guys. Hideo Itami is shown in the front row and we’re ready to start. Balor has more paint than ever with his face, torso and left leg covered.

Balor charges at the bell and loads up the Coup de Grace in the first ten seconds. Owens rolls outside so Balor nails a big dive as the NXT chants start up. He tries to bail again and eats a baseball slide as Balor is all over him. Back in and Owens hammers away to take over for the first time. Owens: “AND THAT’S WHY I’M THE CHAMP!” We hear more of Balor’s accomplishments in New Japan as Owens takes some bows.

It’s off to Chinlock City before a forearm breaks up Balor’s springboard. Finn beats the count back in but takes the backsplash for two. Back in and Owens snapmares him down and runs the ropes….before stopping for a chinlock. Owens: “Are you not impressed? I don’t care. I hate this country and all its stupid people!” Balor fights back again with a middle rope forearm for two so Owens does Cena’s finishing sequence, complete with an attempted AA.

Balor is afraid of a lawsuit over gimmick infringement and slips out twice in a row. Bloody Sunday is teased (and the fans gasp) but it’s a Pele Kick to put Owens down instead. Owens takes a big flip dive and a top rope double stomp to the back, followed by a reverse Bloody Sunday (not called that of course) for a very close two. The Coup de Grace misses though and Owens’ Cannonball gets two. The package piledriver slam gets the same but Balor hits a quick Sling Blade.

Another Coup de Grace is countered so Balor kicks him in the head and finally connects with the stomp….for two. Owens can’t hit the swinging fisherman’s superplex so he settles for a middle rope Regal Roll for two. That looked great. Kevin’s Swanton hits knees and the real Bloody Sunday gets an even closer two. Owens makes the eternal mistake of slapping a hero in the face and saying the hero can’t beat him. Balor dropkicks him into the corner, hits a running corner dropkick and a second Coup de Grace for the title at 19:30.

Here’s one of Elias Sampson’s songs.

We see the last few minutes of Tye Dillinger vs. Apollo Crews from the Wrestlemania XXXII ticket sale kickoff at AT&T Stadium on November 5. Joined in progress with Dillinger putting on a chinlock. After nearly a minute and a half, Crews finally breaks out and throws Dillinger to the side, followed by some right hands and clotheslines. Dillinger gets two off a superkick and both guys are down again. Back up and Crews kicks him in the head, setting up the gorilla press into the standing moonsault for the pin.

Video on the women’s division.

Video on Dusty Rhodes, leading to a recap of the Dusty Classic.

We look at some people going from NXT to the main roster.

Enzo and Cass are rather over with the live crowd. They keep it simple this week though and just call their opponents sawft. Mojo drives Dash into the corner to start and hands it off to Ryder for a quick clothesline. The fans want Enzo but have to settle for Ryder’s missle rope dropkick instead.

Now they get Enzo who does a little dance and punches Dawson in the face, setting up a big eight man staredown. Everything breaks down and the heels are sent to the floor for a HUGE dive from Enzo (with an assist from Cass) to take them down again. Back from a break with Jordan getting two on Enzo and the fans cheering for their diminutive hero. Gable bends the arm over the top rope before it’s back to Dash to keep Amore in trouble.

The villains take turns on the arm and Gable monkey flips him into the corner to prevent a hot tag. Now the fans want Cass and a tornado DDT almost gives them what they want but it’s Jordan breaking up the tag this time. Enzo sends him into the corner and now the hot tag brings in Cass. The big man comes in to clean house and it’s time for the parade of finishers, capped off by the Rocket Launcher to pin Gable at 13:12.

Balor is defending and we get the full demon entrance with Balor as Jack the Ripper from the vignette they’ve been running for a few weeks now. Feeling out process to start and the fans are split. Balor sends him outside for a kick to the face and a dropkick into the steps. The double stomp from the apron misses though and Joe plants him with the release Rock Bottom.

Back in and a corner enziguri gets two, followed by a knee drop for the same. There’s the Facewash but Balor nails an enziguri  from the apron. His springboard is broken up though and Joe nails a suicide dive to take him out again. Back in and Joe puts on a Boston crab into a Crossface into a modified Rings of Saturn.

Balor gets his foot onto the ropes for the save and spins over into a DDT for a breather. It’s time for the chops from Finn but he runs into an elbow. Joe goes up but takes another enziguri to send him outside again. There’s the big flip dive to the floor, followed by a top rope double stomp for two back inside. The Sling Blade has Joe reeling but he sidesteps a dropkick and drops the backsplash. Balor counters the Muscle Buster into a sunset flip for two, followed by a Pele to put both guys down.

They slug it out again and Joe grabs the standing Clutch, only to have Balor send him into the buckle. Another enziguri is blocked and Joe drags him back in by the throat. He can’t get Balor on the mat with the Clutch though as the champ rolls out and hits a quick double stomp. Another Sling Blade and some running dropkicks just tick Joe off so Finn dropkicks him down one more time. Balor has to shove him off the top to set up the Coup de Grace to retain at 18:20.

Rich and Corey wrap it up. 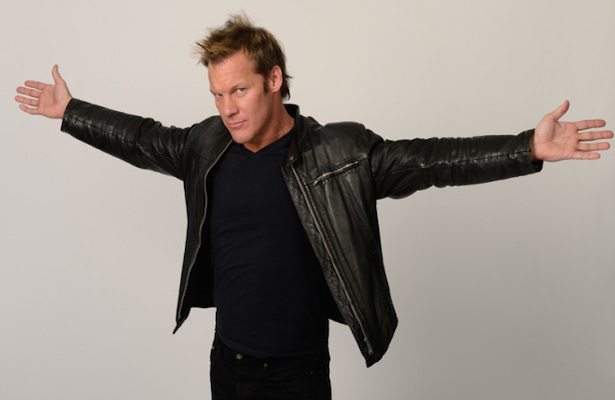 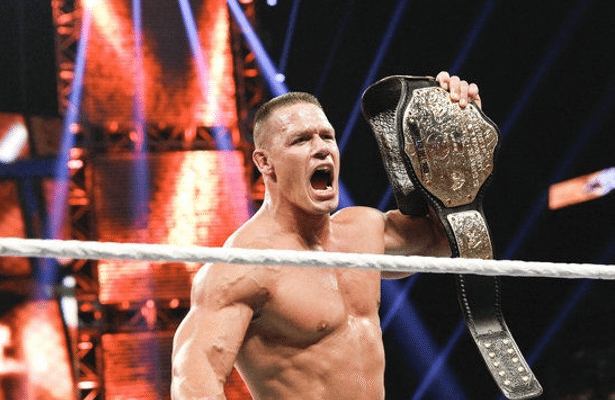