It’s a big week here on NXT as we have a non-title match between NXT Champion Finn Balor and Apollo Crews, who had a shot at the title late last year which was interrupted with the match pretty much even. In addition to that we should be getting some updates on the ending to last week’s triple threat match which ended in a double submission. Let’s get to it.

We open with a quick preview of Crews vs. Balor.

Mojo rolls English up for two to start as Corey talks about Alf. It’s off to Ryder for a running seated Blockbuster (think a Hennig Necksnap from the other way) but Gotch grabs Zack’s feet to take over. Simon comes in legally to put on a chinlock as the announcers try to figure out when the Vaudevillains fell off track.

Ryder kicks both villains away and makes the tag off to Mojo so Graves can make Ghostbusters jokes due to the bright green gear. Everything breaks down and Ryder misses the Broski Boot, setting up the Whirling Dervish to pin Zack at 4:16.

We look back at Carmella winning the battle royal to become #1 contender a few weeks back.

It’s time for a sitdown interview with Carmella where she talks about her dad being a wrestler in the 90s who taught her a bunch of submission grappling. Carmella can’t wait for her title shot next week because she and Bayley are going to be friends no matter what. Tonight she’s going to prove how she deserves to be champion when she defeats Emma.

Scott Dawson and Dash Wilder are tired of hearing the same things from Enzo Amore and Colin Cassady because they’ve demanded shot after shot. Not that it matters because they’re never going to win any of them since they’re just not that good. They’re fine with giving them one more shot because it’s not going to work.

They trade headlocks to start until Emma takes her down and pounds in right hands. A twisting wristlock keeps Carmella on the mat and Emma pulls on both arms at the same time. Carmella fights up but gets pulled down by the hair in a hurry. Emma loads up a butterfly suplex but gets countered into a backslide for the pin at 4:16.

We look at the end of last week’s triple threat.

Sami Zayn has looked at the video multiple times and thinks he should win because he had the Sharpshooter on longer. He has faith in the outcome.

Joe has nothing to say.

Before the match, Enzo reiterates that if he and Cass had a dime for every time they were knocked down and didn’t get back up, they would have zero dimes. They are hard bodies and there’s only ONE WORD to describe people who try to knock them down. Enzo easily takes Jobber #1 down to start and does a little dance before scoring off a big knee lift. Cass comes in and throws his partner into Jobber #1 as the announcers have no idea what to call these guys. #2 is launched to the floor and the Rocket Launcher ends this in a hurry at 2:14.

Apollo Crews says he gets to prove himself tonight after having that taken away in his first shot at Finn Balor.

William Regal has made his decision on the #1 contendership but Baron Corbin comes into his office to interrupt. There will be a rematch but Corbin isn’t going to be involved. Instead, it’s going to be Zayn vs. Joe for the title shot at some point in the future.

Garrett is quickly sent into the ropes for the running hip attack, followed by a HARD shot to the face. Asuka misses a running knee to the face though and gets rolled up for two. Something like a leapfrog into a cross armbreaker has Garrett in trouble and the Asuka Lock is good for the submission at 2:26.

Finn Balor is looking forward to seeing Zayn vs. Joe but tonight he’s going to prove to Crews that he may be good but he’s not the best.

Non-title and non-Demon for Balor. They shake hands to start and Balor starts cranking on an armbar. A headlock keeps Crews in trouble and they’re starting slowly here. Crews is stuck in the hold for a full minute but he does keep making Finn work with some rollups. Apollo nips up and scores with a dropkick to put Finn in trouble.

We take a break and come back with Balor caught in a chinlock. Finn rolls through a sunset flip to dropkick a seated Crews before going back to the armbar. Crews gets up one more time for another escape and the champ is getting frustrated. It’s very short lived though as Balor takes him right back down into another armbar as the slow pace continues. Another counter is broken up so Finn knocks him to the floor for a big  flip dive.

A top rope double stomp to the back (not the Coup de Grace) gets two on Crews and now the shock is setting in. Crews throws him into the air for two off a big Samoan Drop, only to get caught in a Sling Blade. That’s fine with Crews who blocks the basement dropkick and gets two more off the gorilla press/standing moonsault. Balor kicks him in the head and scores with a second Sling Blade, followed by the Coup de Grace for no cover. Instead it’s the Bloody Sunday (not named) for the pin at 15:03.

Balor helps him to his feet post match and they shake hands again. The announcers confirm that it’s Zayn vs. Joe in two weeks to end the show. 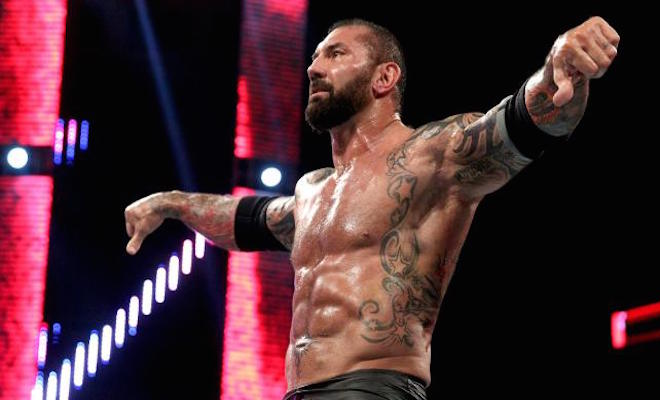 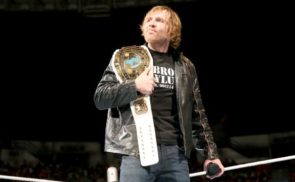