We’re back to Full Sail with a major match to wrap up someone’s time in NXT. This week we have Tye Dillinger’s NXT farewell as he steps inside a steel cage with Eric Young. Dillinger has already moved up to the main roster so it’s his last chance to get a major win in NXT. Let’s get to it.

Here’s NXT Champion Bobby Roode to get things going. It’s a momentous occasion as he’s made back to back Wrestlemania weekends GLORIOUS. This year he sold out the Amway Center with 15,000 people seeing the biggest box office superstar in the business today. The future of NXT is in his control and the transformation of Bobby Roode’s NXT was completed.

Last week he saw Shinsuke Nakamura’s farewell and thought it was pathetic. There was no Roode on stage to say goodbye to him because he didn’t want to listen to Nakamura’s garbage. Nakamura had to run away from NXT after the beatings that Roode gave him so everyone can either get on the Roode train or get out. Cue the returning Hideo Itami to slap Roode in the face. Bobby takes his jacket off and starts talking trash, only to walk into the GTS. Itami straightens his tie and holds up the title.

Tyler Bate and Jack Gallagher have a very polite discussion about their upcoming UK Title match.

Roode is still getting up after the break.

Earlier today, Andrade Cien Almas interrupted Drew McIntyre during his workout and challenged him for next week.

Burch sends him into the ropes but Almas hangs on and shouts a bit. A belly to back sends Almas down again but he gets in a hard clothesline to take over. The double knees in the corner set up the hammerlock DDT for the pin on Burch at 2:57.

Video on Asuka, who is still completely dominant. Some people, including Ember Moon and Ruby Riot, might see some weaknesses though.

Long recap of Eric Young vs. Tye Dillinger. Tye lost to Eric a few months ago but refused to join Sanity. This set off a major feud with Tye finding a bunch of friends to help him fight. Sanity won in Orlando but tonight it’s one on one in a cage for the final blowoff.

Billie and Liv get things going with nothing happening for a good while until Liv grabs a sunset flip and rolls Billie around in a circle for some near falls. Aliyah comes in for a middle rope legdrop, only to eat a discus forearm. It’s off to Peyton for a spinning kick to the face and what looked to be a three count. Aliyah grabs a sunset flip with Liv dropkicking Billie away so Aliyah can get the pin at 3:14.

Almas vs. McIntyre is official for next week.

In a cage and Young sends Sanity to the back. Tye pulls him inside and hammers away to start but can’t hit a very early Tyebreaker. Eric gets a toss into the cage and Tye is in trouble as we take a break. Back with Young getting two off a middle rope forearm to the back of Tye’s neck.

Tye’s right hands don’t get him very far as Young powerbombs him out of the corner for two. It’s too early to escape though as Young gets tossed off the top, sending us to another break. Back again with Young catching Tye on top and throwing him down again. One heck of a top rope elbow drop gets a very delayed two but Eric can’t follow up.

Eric is busted open but takes too long to go after Tye, who grabs a Tyebreaker to put both guys down. Dillinger goes for the door but here’s Sanity to slam it shut. Roderick Strong, Kassius Ohno and Ruby Riot run out for the save but Dain runs both them and the referee over. Killian gets inside so Tye dives off the top to take out both Young and Dain before crawling out for the win at 23:06.

Dillinger locks Sanity inside the cage and celebrates to end the show. 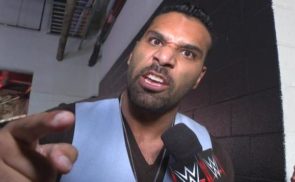