That’s who you are. One of the most tried and true stories that you are going to see in wrestling is the masked person. The big idea is finding out who is underneath the mask, which can make for quite the mystery a lot of the time. That is something you can see in a variety of promotions and NXT is no exception, but now we know who has been underneath the mask.

Back at Halloween Havoc, a masked person interfered in Damian Priest’s North American Title match against Johnny Gargano, costing Priest the title. Later in the show, the same masked person interfered in Candice LeRae’s Women’s Title shot against Io Shirai but failed to help her win the title. The mask was not pulled off that night, but now things have changed a bit.

During this week’s NXT, the masked person was revealed to be Indi Hartwell, who has been a fan of both Gargano and LeRae for several weeks now. The reveal came after the masked woman saved LeRae from a post match brawl with Toni Storm and helped take Storm out. Hartwell was rumored to be the masked person but was not allowed to appear due to Coronavirus concerns.

This was a surprise. Check out the masked person in action as well as the pair’s post show thoughts:

Opinion: This is the kind of thing that works very well with almost anyone involved, though there was not exactly a big surprise here. Hartwell had already revealed herself to be a supporter of the Gargano Way, but there is nothing wrong with going with the obvious result instead of setting up a serve for the sake of a swerve. I liked the angle and could go for it again in time, but what we got here worked out just fine.

What do you think of the reveal? What is next for Hartwell? Let us know in the comments below. 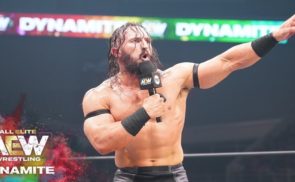 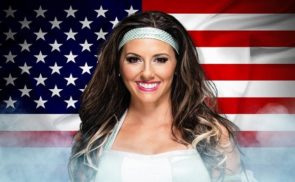