That’s a good sign for the future. There are so many wrestlers under the WWE banner that it is hard to keep track of them all at times. You never know when you might be seeing them move up or down the roster, which is rather difficult to make work at times. There are times when WWE just does not make everything click and that is where we might be with another name.

Every now and then you will hear rumors of someone being called up to the main roster but nothing winds up happening. That can be a bit confusing at times and it leaves fans wondering what is going on or where the person has gone. In this case, the person is not on NXT or on the main roster, making it even more confusing. Now though, we might have a sign of something changing.

According to Wrestlinginc.com, WWE has applied for a trademark for the name Chelsea Green, suggesting that she is going to be moving up to the main roster. There is no word on when she might be called up or brought to either Monday Night Raw or SmackDown, though it has been rumored since earlier in the spring. Green has not wrestled a match since the May 27 NXT.

Green could go a long way on the main roster. Check out her time in NXT:

Opinion: I’m not sure what WWE is going to be doing with Green but there is a reason to believe that she might be moving up to the main roster in the near future. That is not the worst idea either as Green is someone who could be quite the talent when she gets the chance. Hopefully she gets to appear soon though as she has been gone for over four months already, which is quite the hiatus.

What do you think of Green’s time in NXT? Where should she go? Let us know in the comments below. 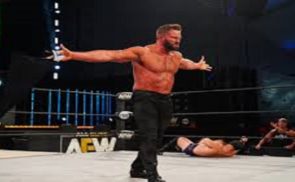