It’s Not A Great Situation: Update On Mauro Ranallo’s Status And It’s Not A Positive One

This doesn’t sound good. This past weekend was a huge one for both WWE and NXT, with a bunch of shows taking place, including the annual Survivor Series, which is always one of the biggest on WWE’s schedule. The shows were mostly well received with NXT looking like they belong on the main stage, but Survivor Series was missing a certain commentator, and it seems that might be the case for some time to come.

During Takeover: WarGames, WWE commentator Corey Graves sent out some tweets criticizing NXT commentator Mauro Ranallo for not allowing his broadcast partners Beth Phoenix and Nigel McGuinness to speak enough during the broadcast. This did not sit well with Ranallo, who did not appear at Survivor Series, or at the following NXT television show. Graves has apologized for the incident, but where are things now?

According to Wrestling Observer Radio, Ranallo is in “rough shape” after the tweets came out on Saturday. The situation is described as being day to day, meaning it is not clear when or if Ranallo will be back on NXT television. Ranallo has had issues with statements made about him before, as he initially left WWE over comments made by John Bradshaw Layfield, which were seen as bullying in nature. There is no word on any potential punishment for Graves as a result of the situation.

Hopefully this keeps going. Check out how Ranallo was about coming back to NXT: 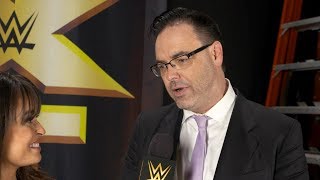 Opinion: This is a nasty situation and I don’t see it getting any better anytime soon. At the end of the day, Ranallo is going to take these things a bit harder than other people and that is not something that can be handled lightly. I don’t know where this is going to lead, but I know that I would miss Ranallo if he doesn’t come back. Hopefully this can get better, because it is not looking good at the moment.

Will Ranallo be back in NXT? Should Graves be punished for the tweets? Let us know in the comments below. 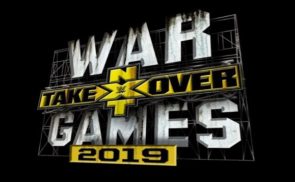