Another few on the list. Stables have been a huge part of WWE for a long time now and that is likely to continue for a good while to come. It makes sense to put a bunch of people together in a group to maximize the amount of television time that they are receiving. WWE has a pretty strong track record of doing this and now we have seen their latest concept come to life.

This week on SmackDown, Max Dupri debuted his Maximum Male Models stable, consisting of ma.cé, formerly known as Mace, and mån.sôör, formerly known as Mansoor. The models walked down the aisle and posed for photographers as Dupri listed off their various attributed. This comes after weeks of Dupri attempting to debut his team but not being able to due to various reasons.

Opinion: This is the kind of thing that can fit in very well if WWE embraces the goofiness of the idea. I don’t think anyone is thinking this is going to be the idea that relaunches WWE into the stratosphere but it’s ok to have something that is nothing more than goofy fun on a show. Dupri is selling the heck out of it too so maybe they have something with the idea, at least for the short term.

What do you think of the idea? Who else should join the team? Let us know in the comments below. 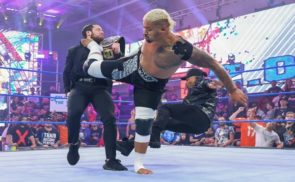 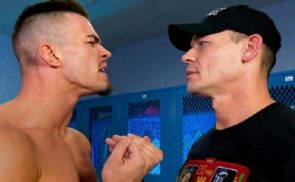 Hold On: John Cena’s Return To The Ring Might Be Later Than Expected