Keep the content up. If there is one thing that WWE knows how to do, it is produce content. They have so many wrestlers on their active roster but they also know how to look back at their own history. That makes for a lot of content at the same time, which causes some great stuff to be made available. WWE is trying that again with another look back in history and it could be interesting.

One of the more underrated rivalries of the last several years in WWE has been the Miz vs. Daniel Bryan. The two began their feud back in 2010 when they were paired together on the original NXT, leading to one of the more intense rivalries of their generation. They even managed to feud without having Bryan being able to be in the ring for years. That is a history that WWE is willing to take another look at.

WWE has announced that the Miz vs. Daniel Bryan will be featured on the debut episode of a new series called Timeline, with the first episode debuting this coming Sunday on the WWE Network. The series will look at their history together, though it is not clear what the format of the show will be. There is no word on how often the show will air or who will be featured in future episodes.

The historic rivalry between @WWEDanielBryan and @mikethemiz adds a new chapter THIS SUNDAY on the premiere episode of #WWETimeline!

Oh yeah, it'll be available to stream for FREE. ? pic.twitter.com/ReYTTjcsS8

There is a history here. Check out what we might be seeing:

Opinion: This is something I could go for and I am glad that they are going as something a little different rather than the traditional feuds. You can only see so many Undertaker vs. Kane and Steve Austin vs. the Rock shows. There are all kinds of feuds and rivalries available and it is cool to see some wrestlers getting a little bit more of a spotlight. Couple that with how great Miz vs. Bryan was and it is a rather nice idea.

What do you think of the first show? Who else would you like to see featured? Let us know in the comments below. 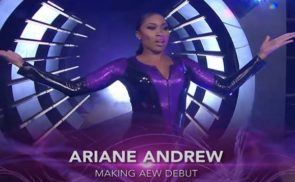