An extreme grudge. Earlier this year, Jeff Hardy made his big, long awaited return to WWE after being out for the better part of a year with a knee injury. It was a big deal to have him back after so long as Hardy is still one of the biggest stars the company has to offer. That is the kind of thing that you don’t get to see very often, but someone had a problem with it.

Since his return, Hardy has had all kinds of problems with Sheamus. Over the last several weeks, Sheamus has made it clear that he is not ok with Hardy being treated as a hero when he has had so many substance abuse issues. The two have traded wins, with Hardy defeating him in an Intercontinental Title tournament match and Sheamus evening things up at Backlash. Now it’s time for a tiebreaker, with a twist.

This week on SmackDown, it was announced that Hardy will be facing Sheamus at Extreme Rules in a Bar Fight. The match came after Miz and John Morrison suggested the match, with Hardy accepting. Later in the night, the match was made official. Sheamus would go on to attempt to distract Hardy in his match with Miz, but Hardy won anyway. It is not clear if the match will take place in a ring or at a bar setup.

They’ve had a long road getting here. Check out how the match was set up:

Opinion: You knew something like this was coming, but I’m not sure how good of an idea it is to make a feud out of Hardy’s very real and very still ongoing substance abuse issues. That is the kind of thing that probably shouldn’t be used to make a profit for a company, but WWE doesn’t seem to mind. Hopefully things get better for Hardy, who seems to have his head on straight at the moment.

How do you see the match going? Do you have a problem with the story? Let us know in the comments below. 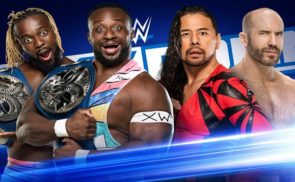 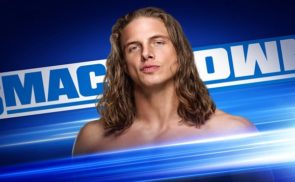