A sign of things to come for Raw? The Coronavirus has changed the way WWE can do business as there are only so many things that they can do as far as presenting shows. With fans not being allowed in the arena, the shows have not exactly been the same for a long time now. They feel like glorified dress rehearsals at times, though those times may be changing in the near future.

The lack of fans in attendance are causing a lot of issues for WWE, both from a presentation and financial perspective. Not having people pay to get into their shows has cut off a large revenue stream for WWE and that is something that they are going to need to correct as soon as possible. That may be easier said than done, but WWE is certainly making plans to turn things around.

The Rocket Mortgage Fieldhouse in Cleveland, Ohio has announced a new WWE date, advertising Monday Night Raw on September 28. This is a rescheduled event, which was originally a SmackDown taking place on Friday April 17. There is a possibility that this show will be postponed as well, as several shows have been in recent weeks. The last WWE event with fans was the March 9 Monday Night Raw.

The fans can make a difference. Check out some classic crowd reactions:

Opinion: I’ll believe this when I see the fans in the stands as we seem to have been at this point more than once before. September is a long way off and there is a chance that things could have changed by then, but I wouldn’t get my hopes up. It would be nice to have fans back in the arena, but at the end of the day, this isn’t something that you can plan out this far in advance given all of the current circumstances.

Do you think fans will be back by September? How much of a difference do they make? Let us know in the comments below. 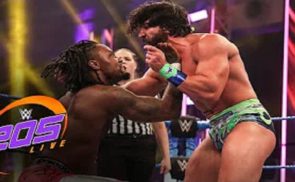 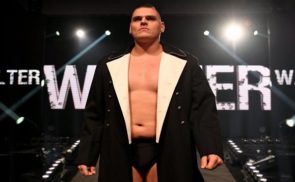