There’s always time for one more. We are less than three days away from AEW Double Or Nothing, which marks a unique situation for the promotion. AEW is a company that mainly relies on their weekly television shows. They only run pay per views every now and then so the card has to be especially big. Despite only having a few days left, they managed to add in another match to the card.

One of the biggest surprises in AEW’s one year history has been Dustin Rhodes’ career resurgence. Rhodes has always been a talented performer but he might be having the best matches of his last twenty years. He was recently defeated in the semifinals of the TNT Title tournament though and took a heck of a beating. His career seems close to wrapping up but he has at least one more match to go.

During this week’s edition of Dynamite, Shawn Spears challenged Rhodes to a match at Saturday’s Double Or Nothing. Later in the show, the match was confirmed to be taking place. Spears had insinuated that Rhodes had retired after being defeated by Lance Archer in the tournament, though no official announcement has ever been made. This will be Rhodes’ first match since losing to Archer.

Both of them have a lot to offer. Check out what they have been doing as of late:

Opinion: This is the kind of match that could help the card out a good bit as the action is likely to be good. Rhodes seemingly can’t have a bad match against anyone and Spears is a solid hand in the ring. At the same time, they have a story built up due to Rhodes being taken out by Archer and Spears saying that his career was over. This worked out well and hopefully we get them at the top of their potential.

How do you see the match going? When will Rhodes retire? Let us know in the comments below. 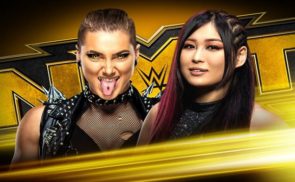