There’s still time for one more. We are less than a week away from Takeover: WarGames and as usual, NXT has a lot of the work done in advance. They have covered almost everything that needs to be done beforehand but there is always time to add in something else. That is what they managed to do this week as a grudge match was added to the card at the last minute.

While wrestling has evolved a lot over the years, there are some things that will never change. One of the biggest is needing people who know how to get down on a mat and grapple with an opponent. That’s where wrestling began and as a result, there is always room for someone with that kind of a character. NXT has one of their own at the moment and he will be in action on Sunday.

WWE.com has confirmed that Timothy Thatcher will face Tommaso Ciampa at Takeover: WarGames. The match came about after Thatcher challenged Ciampa during this week’s NXT. It will be the first match between the two and is the result of Ciampa interrupting Thatcher’s Thatch As Thatch Can training segment. The match is the fifth set for the Takeover card.

It’s going to be violent. Check out how the match was set up:

Opinion: You probably could have guessed this one for the last few weeks but that is one of the good things about NXT. They set things up in advance and then it is hardly the biggest step when the matches are announced. There is no need to go out of your way and make things all screwy, so just go with what makes sense, which is what they have done with this match. 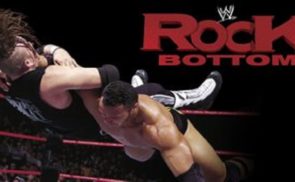 REVIEW: In Your House: Rock Bottom: The Christmas Nightmare