I think it’s safe to say that you’ve heard a thing or two about NXT. Over the last few years the promotion, originally designed as little more than a dumping ground for the young talent brought into the company, has become the hottest promotion in the world. The weekly TV show has become a highlight and must see for most wrestling fans as new talent from all over the world shows up, almost making it an independent all-star promotion under the WWE banner. This isn’t even starting to look at the live specials on the WWE Network.

In this book, I’ll be taking a look at over one hundred and thirty NXT shows, including every live special they’ve aired to date. This ranges from the first live special in February 2014 with Arrival and goes all the way through Takeover: Dallas with every episode of the TV show included in between. I’ll be including play by play and analysis as we take a look at what helped make NXT the hottest thing in the world of professional wrestling.

The book is the longest I’ve ever put together at over 580 pages on a Kindle and sells for $3.99 or the equivalent in other currencies. In case you don’t have a Kindle, there are plenty of FREE apps you can get from Amazon for pretty much any electronic device, all of which are available at this link.

Or if you’re in another country with its own Amazon page, just search “NXT Full Sail II” and it should be the first thing to come up.

Also you can still get any of my previous books on the WWE Championship, the Intercontinental Championship, Monday Night Raw from 1997, 1998 and 2001, Monday Nitro from 1995-1998, In Your House, Summerslam, Starrcade, ECW Pay Per Views, Royal Rumble, Saturday Night’s Main Event, the WWF and WCW pay per views from 1998, Wrestlemania and Clash of the Champions at my author’s page here. 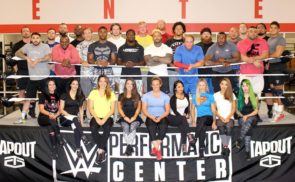 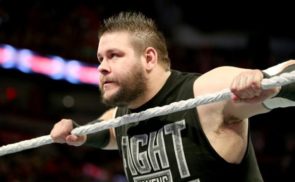 At “Extreme Rules”, Kevin Owens Will Reach WWE Milestone Only Reached By The Undertaker