If you’re a wrestling fan, you know about the WWE Championship. It’s the most famous wrestling title in the world and has been for a very long time now. The title has been around since 1963 and has gone through a long list of champions over nearly fifty five years of history. You probably know all of the recent history, but there’s a lot more to it than that.

In this book, I look back at the title’s history by looking at over 285 matches, all of which are for the WWE Championship. These matches range from the first ever title change all the way to the most recent title change in November 2017. There are matches from pay per views, house shows, TV shows and more with every WWE Champion in history covered.

This book was originally released in 2013 but a few things have changed since then. I’ve gone through and updated a few matches which were poorly written in the first place and redone and/or added nearly seventy matches. Also added are brief thoughts and a few stats on each champion, summing up their time with the title. It’s also better organized and just a better overall presentation this time around.

The book runs just shy of 500 pages and is available on Amazon both in a physical paperback for $12.99 or an e-book format (which has ALSO been updated) for $2.99. In case you don’t have a Kindle, there are plenty of FREE apps you can get from Amazon for pretty much any electronic device, all of which are available at this link.

And From the UK Amazon here.

Or if you’re in another country with its own Amazon page, just search “KB WWE Championship” and it should be the first thing to come up.

Also you can still get any of my previous books on the Intercontinental Championship, Monday Night Raw from 1997, 1998, 2001 and the first half of 2014, Monday Nitro from 1995-1999, In Your House, Summerslam, Starrcade, ECW Pay Per Views, Royal Rumble, Saturday Night’s Main Event, the WWF and WCW pay per views from 1998, Wrestlemania, WWE Grab Bag and Clash of the Champions at my author’s page here. 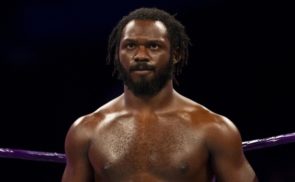 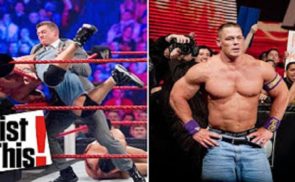