We have a main event set for Fastlane and Brock Lesnar is back tonight to give us all three in the same building tonight. Other than that you can see most of the card from here, but the important questions are what happens between now and Wrestlemania and whether or not new stories will start after the February pay per view. Let’s get to it.

We open with Brock and Heyman with the former in a new red Suplex City shirt. Heyman immediately talks about the Wyatts, whose plot to get rid of Brock from the Royal Rumble worked, but it isn’t keeping him out of the main event of Wrestlemania. Now Lesnar is in a triple threat at Fastlane and that means it’s time for Roman Reigns and Dean Ambrose to go to Suplex City. After that, Lesnar will conquer the billion dollar trophy husband to become the new WWE World Heavyweight Champion. Heyman goes back to the triple threat so here’s Ambrose to interrupt.

Dean gets right in Brock’s face and asks Heyman (or Porky) who he’s calling a nutjob. Ambrose isn’t stupid, crazy or scared right now because he respects Lesnar. That’s why he wants to stand in front of Brock and tell him how much he wants the title. He’s willing to fight his brother and Lesnar at the same time, even though he knows the beating that’s coming for him at Fastlane. It better be the best beating Lesnar has ever given though because Dean is going to do whatever it takes to go to Fastlane and take the title from HHH. Dean actually leaves with no violence and Lesnar smiles.

Non-title and Alberto Del Rio is on commentary. Rusev (with Lana in his corner) shoves him around to start but Kalisto starts firing off the kicks. A hurricanrana is blocked though, only to have Kalisto stay with it and take Rusev out to the floor. The champ’s dive is countered by a kick to the head though and we take a break.

Back with Kalisto charging into a shot in the corner as some of the fans in the front rows are doing the Lucha Dragons dance. A tornado DDT sends Rusev down but he plants Kalisto with a release Rock Bottom for two of his own. Kalisto pops right back up with a dropkick to the knee and the hurricanrana driver for two. Rusev is kicked out to the floor but still catches Kalisto’s dive. The champ escapes what looks like a fall away slam and dropkicks Rusev into the steps. Another hurricanrana sends Rusev into the barricade and Kalisto dives back in for the countout win at 10:11.

Stephanie and Reigns are in the back with the new HHH World Title belt when Ambrose comes in. Both guys are willing to do whatever it takes to get that title at Wrestlemania but Stephanie implies that they might turn on each other. She even says Ambrose is Reigns’ sidekick but Dean thinks it’s the other way around. That earns them a match against New Day in the main event.

It’s time for MizTV with special guest AJ Styles. Miz gets right to the point by cutting off AJ before he can say a word to every question. He lists off AJ’s accomplishments such as being the smallest guy on the football team and coming from rural Georgia. AJ has gone all over the world and finally got to the WWE where he lasted nearly half an hour in the Royal Rumble. Then he defeated Chris Jericho in his debut match, which is a big reason why Miz sees a lot of Daniel Bryan in AJ.

Miz goes on another rant about how he fathered the YES Movement before telling the fans to be quiet. The fans think AJ (who hasn’t said a word yet) can make it in the WWE without Miz’s guidance but there’s no chance of that happening. That’s enough for AJ as he goes off on Miz in the corner and chases him off for the big hero moment.

Non-title. Brie starts fast but the BRIE MODE knee is countered with Charlotte sending her to the floor. The figure four neck lock keeps Brie in trouble but she makes the required clothesline comeback. Now the BRIE MODE knee connects and it’s off to a sleeper, only to have Ric get up on the apron. The powers of Alicia Fox aren’t enough to do anything, allowing Charlotte to use something like a Stunner to escape. Charlotte slaps on the Figure Four but gets rolled up for the pin at 4:45.

We look back at Big Show saving Reigns and Ambrose from the Wyatts on Smackdown.

Show grabs the stairs to hold off Strowman and the announcers somehow don’t bring up the stairs match these two had a few years back. Rowan can’t suplex Show and after a spear takes Strowman off the apron, the chokeslam puts Rowan away at 1:20.

Post match the Wyatts (minus Bray who is in Florida with his dad as well) beat Show down and slam him onto the steps.

At least Breeze has his full entrance back. Titus throws him into the corner to start but Breeze is smart enough to take out the knee, which is quickly wrapped around the post. We hit the half crab on Titus before he throws Tyler across the ring all the way from his back. A HUGE clothesline drops Breeze and the Clash of the Titus is good for the pin at 2:49.

HHH comes in to see Brock and asks why Dean was allowed to live. Brock says he’ll see HHH at Wrestlemania.

It’s a brawl to start with Owens naturally getting the better of it. Ziggler gets thrown over the top and into the timekeeper’s area as we take a break. Back with Ziggler jawbreaking his way out of a chinlock but getting crushed by the Cannonball for two. A hard elbow drops Ziggler again but he avoids a charge in the corner and hits three straight Stinger Splashes.

Kevin will have none of that and clotheslines Dolph’s head off, only to get dumped out to the floor. Back in and Owens superkicks Dolph’s head off for two but takes too long going up. Ziggler’s superplex is blocked though, allowing Owens to get him into the Tree of Woe. Another Cannonball connects and now the Pop Up Powerbomb is….countered into the Zig Zag for the pin at 10:35.

Here’s Sasha Banks for a match but first she has something to say. Sasha says she’s on her own and no one is going to stop her from winning the title. This brings out Naomi and Tamina for an interruption. Naomi says she knew this was coming but Sasha wants them to still be friends. They do the UNITY pose and everything seems cool.

Result: Sasha Banks b. Becky Lynch via DQ when Tamina and Naomi interfered (3:40)

We get a clip of JBL interviewing Ron Simmons tonight on the Network.

Non-title because the champions need to lose again and Heyman is on commentary. Before the match, Woods talks about how the comments from Rock have Francesca so upset that she can’t sleep at night. Rocky needs to think of the children, like the one they point at in the front row doing the New Day dance. Tonight they’re taking care of Rock’s cousin and they’ll throw in Dean too.

Reigns and Kofi get things going with Kingston having to get out of a Samoan Drop, earning himself a right hand to the head. It’s off to Dean for a basement clothesline as Heyman is already frustrated with Cole’s talk about Ambrose staring Lesnar down earlier. The threat of the Superman Punch causes Woods and Big E. to pull Kofi to the floor as we take a break.

Back with Big E. missing the Apron Splash but Ambrose is kept in trouble with a whip into the steps. Kofi kicks him in the head for two as Woods jumps in on commentary to yell about how awesome they are. Ambrose stays in trouble and Big E. gets two off a splash.

We hit the abdominal stretch (Woods: “Stretch the abs!”) but Dean doesn’t like the spanking and bites Big E.’s nose. A suplex allows the hot tag to Reigns and it’s time for some corner clotheslines. The other hot tag brings in Ambrose as everything breaks down. The Superman Punch sets up Dirty Deeds on Big E. for the pin at 17:22.

Post match Brock comes out for the showdown but New Day attacks Reigns, allowing Brock to F5 Ambrose to end the show. 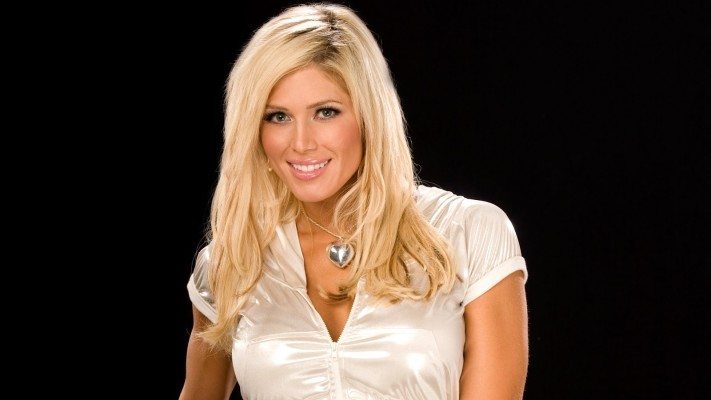 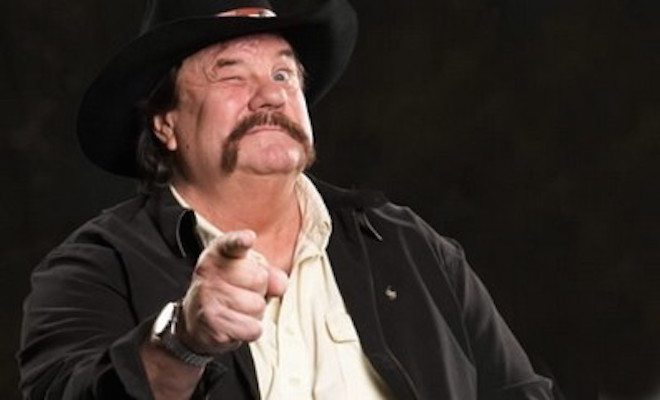