It has to stop eventually. We are in a weird place in the wrestling world at the moment and it is not clear when things are going to get better. As a form of entertainment, wrestling is not something fans seem all that interested in at the moment and given that WWE is not exactly at its best right now, it might be getting even worse before it gets better. That was on display this week.

Over the last few months, Monday Night Raw has been held at the WWE Performance Center with no fans in attendance. This has been one of the biggest changes to the way WWE presents its television show in a long time and the fans have not exactly responded well. The audiences have gone down further and further each week, and it was another bad night this time around.

According to Showbuzz Daily, this week’s Monday Night Raw drew the lowest non-holiday audience in the history of the series and the second lowest overall. The show drew 1.817 million viewers, down from last week’s 1.842 million. The lowest rated episode in the history of the series came on December 24, 2018 with 1.775 million viewers. At the same time, this week’s show’s three hours ranked #2, #3 and #7 respectively in the 18-49 demographic ratings for their respective hours.

Stuff happened last night. Check out some highlights if you didn’t watch the show (which seems to be likely):

Opinion: I know the reaction tends to be that it has been worse before, but it has literally only been worse one night before and that was on Christmas Eve. The fans are just not watching the show at the moment and that has been the trend for a good while now. That being said, having all three hours in the top seven in ratings is more important than the viewership and that is why the show is going to be fine for a good while to come.

What did you think of this week’s show? How can WWE grow its audience? Let us know in the comments below. 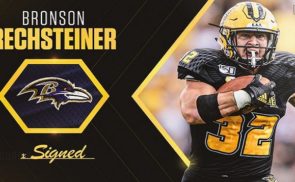