Miz’s Star Power Seems To Be On The Rise

He’s got potential. There are a lot of stars in WWE and some of them are valuable in different ways. Some of them are the kind of people that WWE can put outside of the ring and have them do all kinds of good things for the company. That is a very valuable asset to have and now it turns out that NBC has taken notice of someone that WWE has seemed to like for a long time.

While he might not be the most popular star in WWE, there is something about the Miz that makes him incredibly valuable to WWE. He is the kind of wrestler who can put on a suit, stand in front of a camera and say just about anything you need him to with enough charisma to make it work. That is the kind of ability that can give you a career in the entertainment field and Miz’s status seems to be rising a bit.

According to Showbuzz Daily, the NBC preview edition of Cannonball, a competition show hosted by the Miz, debuted with 2.748 million viewers and a .6 rating in the 18-49 demographic. The rating beat out both ABC and CBS in the same time slot. By comparison, this week’s Monday Night Raw drew 1.735 million viewers. Cannonball will begin airing regularly on Thursday July 9 on the USA network.

Miz certainly has some range. Check out what he has been able to do in his career:

Opinion: I have no idea how long the show is going to last or if the numbers are going to hold up, but Miz just getting to host a show like this is a good sign for him. He has a background in reality TV and has spent the better part of fifteen years talking on national television every single week. Good for him for getting the chance, because a lot of other people don’t get anything similar.

Did you watch the show? What is next for Miz in WWE? Let us know in the comments below. 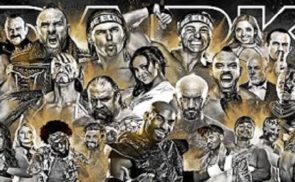