He came to talk. Roman Reigns. Does anyone not have some kind of an opinion on him? It’s hard not to, as he seems to be featured on television more than anyone else in a very long time. This week on Monday Night Raw, Reigns opened the show with a long interview segment and then wrestled two matches, which doesn’t even count a variety of backstage segments. While all this is going on, Reigns doesn’t receive the most positive reactions. One fellow WWE star has certainly noticed this and had a lot to say about it. 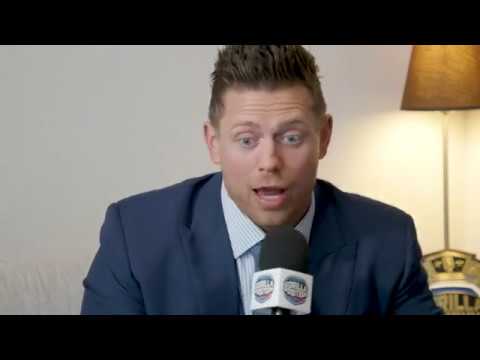 In a recent appearance on the Gorilla Position, the Miz spoke on a variety of topics, including a potential Roman Reigns heel turn. Miz didn’t seem to think that the change needed to take place, saying that Reigns is eliciting a reaction no matter what he does when he appears on the shows. He went on to talk about how there are no pure good or bad guys anymore in wrestling and Reigns is just being himself. Here are some highlights, with transcription courtesy of Wrestlinginc.com:

On What Reigns Needs To Do

“It’s kinda the Cena Syndrome. You look at John Cena whether you love him or you hate him he always gets a reaction. Roman Reigns has that same aura, that same ability. Now does he need to be heel or face? I think he needs to be Roman Reigns. I would allow Roman to keep being Roman. He’s selling the most merch out of anybody and the people are gonna sit there and go: ‘oh well he shouldn’t be here he should be doing this.’ Nobody knows. Nobody has a scientific formula to being the most over Superstar in all of WWE. One thing is for certain, Roman Reigns gets a reaction every time he goes out there. Whether you love him or you hate him.”

On Fans Who Criticize Reigns

“The hardcore fans will say, ‘oh you’re shoving him down our throats. How dare you do that! Blah, blah, blah.’ But I guarantee there are kids out there who look at him and there are women out there who are like, ‘oh my god.’ Trust me because my wife’s friends will literally go, ‘Roman Reigns, ahhh.’ Alright, what about me, jerk?”

And On Reigns Getting A Reaction

“So the fact is Roman Reigns creates a reaction. So I’ll let him get that reaction and whether he feels he needs to be a bad guy or a good guy, nowadays it doesn’t matter. There aren’t bad guys and good guys. How many bad guys and good guys do you see in WWE? Nobody like the old-fashioned Superman, nobody wants that anymore. You know everyone wants that bleed of grey and that’s what we give you. I think Roman Reigns is doing a tremendous job in giving you that. He’s not gonna sit there and go, ‘I’m the all-American good guy,’ he’s gonna say things that make you go, ‘oh he probably shouldn’t have said that because you know that’s not what a good guy would do.’ Or that’s not what a bad guy would do because it’s what Roman Reigns feels as he should do.”

Opinion: I’m not sure I can buy this one. The Miz is one of the most reprehensible members of the roster and hasn’t done a nice thing in the better part of forever. Would anyone suggest that he’s not a bad guy? Or would anyone suggest that Daniel Bryan isn’t a good guy? This line of “I’m not a good guy and I’m not a bad guy” only seems to work when it’s convenient and that’s not exactly holding up here.

Do you agree with Miz’s thoughts on Reigns? What should WWE do with Reigns? Let us know in the comments below. 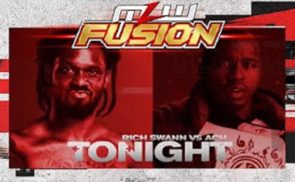