According to PW Insider Elite Audio, the ladder matches will be taking place throughout the course of the pay per view, with the segments being wrapped around the live matches at the Performance Center. The clips will take place throughout the night rather than as one traditional match. The idea is to have the clips serve as a way to keep the fans entertained and engaged throughout the show.

The match won’t be like these. Check out Money in the Banks of the past:

Opinion: Maybe it’s just me being old fashioned, but back in my day you didn’t need entertainment to keep fans engaged during the night of entertainment. I know these are extraordinary circumstances, but maybe it’s time to rethink things if you need a reason to keep fans watching throughout the night. That being said, assuming the fans are watching on the WWE Network, wouldn’t WWE already have what matters most anyway: their money?

What do you think of this idea? Who will leave with the briefcases? Let us know in the comments below. 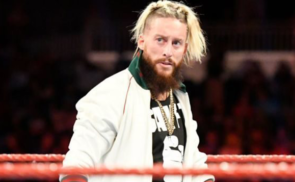