Well they were nice while they lasted. It’s hard to say where things are going to go in the WWE. You might see a person go from a singles wrestler to a tag wrestler to being a manager or almost all points in between. It’s the nature of the business and sometimes someone is a great fit in one area but not so much in the others. At the moment, something that seemed successful might have come to an end.

According to Tyler Breeze via Twitter, his team with Fandango, collectively known as Breezango, may be finished. Breeze was asked on Twitter to name a tag team that didn’t get enough love. Breeze responded “Breezan…never mind”, suggesting that the team is no more. Fandango has been recovering from an injury and has yet to make his return to TV. It is currently not known when he will be back or what he will be doing upon return.

These guys can look like stars. Check out their appearance on 205 Live: 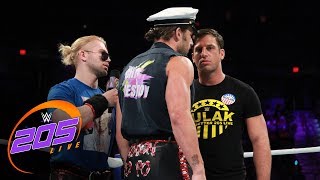 Opinion: I certainly hope this isn’t the case as it seems to be the only thing that Breeze can do to stay over in WWE. They’re both talented guys who have done well together, but for some reason WWE would rather use the idea that didn’t work. The tag division can use some additional depth and Breezango is one of the more entertaining teams that WWE has had. Why capitalize on that when you can split them up though?

Were you a Breezango fan? Should they team together again? Let us know in the comments below. 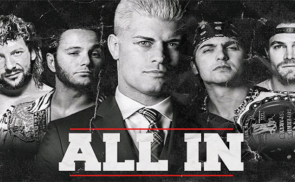 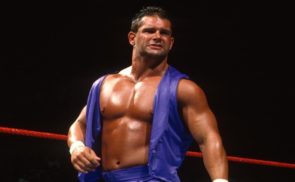