You Might Have Missed A Cool Tribute On Monday Night Raw

Did you catch it? There are all kinds of wrestlers in the world today and it is difficult to find a way for them to stick out. With wrestlers being able to do all kinds of athletic feats, they are going to have to have to come up with something to set them apart. One of the best ways is with a different look, which was on display this week, even if you might not have noticed.

This week’s Monday Night Raw featured a segment between Becky Lynch and Liv Morgan. The segment saw Morgan wearing a red outfit, which was inspired by Britney Spears’ outfit from her Oops!….I Did It Again music video. Morgan referenced Spears in a tweet by saying “Hit Me Becky One More Time. NXT interviewer Samantha Irvin mentioned the Spears inspiration as well.

.@YaOnlyLivvOnce on her “Oops! I Did It Again” vibe tonight??? #WWERAW

It was an intense moment. Check out the segment, plus some of Morgan’s time in the ring: 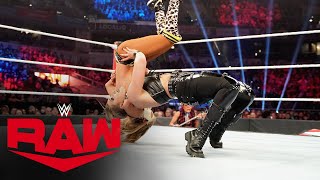 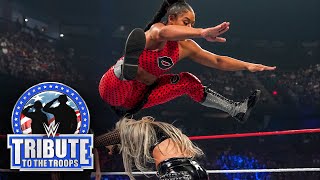 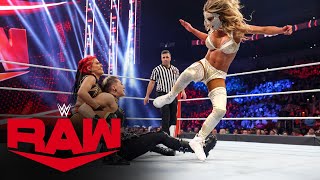 Opinion: This is one of those things that goes by without a lot of people knowing and that can make the reveal that much more interesting. Morgan was in a big moment on Monday Night Raw and snuck something in there like that as a bonus. You don’t get to see something like that very often and it worked as a little something extra for fans who were really paying attention.

What did you think of the segment? Will Morgan win the title? Let us know in the comments below.