It’s one of two ways. There are a lot of talented wrestlers down in NXT but it takes the right kind of performer to come up to the main roster. Someone has to have the correct balance of charisma and in-ring skills to make it work. That isn’t the most common thing in the world but the times when you see someone get the call, it can be something special. That should be coming up soon, and now we know some more about it.

Matt Riddle is one of the more unique performers in a very long time. Not only does he have more charisma than he knows what to do with, but he has the mixed martial arts background to make it work in the ring. That is the kind of thing you don’t get to see very often but you will be seeing Riddle on one of the main rosters soon enough. But which one will it be?

According to PWInsider.com, Riddle will be moving up to SmackDown in the near future, though it is not clear when that move will take place. Riddle is currently scheduled to face Timothy Thatcher in a steel cage match this week on NXT with Kurt Angle as the guest referee. There is a possibility that this will be Riddle’s NXT farewell, but it is possible that he could be wrestling on both shows for a time.

Riddle has serious potential. Check out him showcasing those skills:

Opinion: This is the kind of move that makes sense as the main rosters are going to be needing some extra star power at the moment. It’s not like moving from one show to the other means anything as far as a change of schedule at the moment, so maybe we could see Riddle doing something different without too much of a change being necessary. I’m worried about what is going to happen to him on the show, but you have to move up at some point.

What do you think of Riddle? How will he do on SmackDown? Let us know in the comments below. 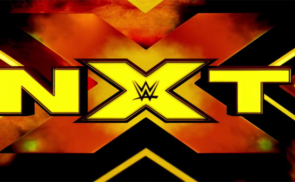