Timing! Last year was one of the busiest years in wrestling history and several of the stories came out of WWE. Unfortunately a lot of those stories were not the best things in the world and that was the case for a lot of the wrestlers on WWE’s roster. Several of those wrestlers are no longer with the company any longer and now we know a bit more about what was going to happen.

Back in April 2020, WWE released dozens of wrestlers within the span of a few days, mainly in the name of cutting costs due to the Coronavirus pandemic. That is an understandable situation, but at the same time, WWE has so much money in the first place that it is a little hard to accept. However, there are a few more details to the story that might not make WWE look the best.

Matt Cardona, formerly known as Zack Ryder in WWE, recently spoke to Fightful Select and revealed that his WWE contract was scheduled to expire in August 2020, about four months after he was released, or about a month after his no compete clause expired. As a result, WWE only saved about a month’s worth of pay due to the release. There is no word on when the other released wrestlers’ contracts were set to expire. Cardona has since moved on to AEW and then Impact Wrestling but is not currently under contract to any promotion.

Opinion: This is the kind of thing that makes me shake my head about WWE. It’s true that they saved a bit of money by releasing Cardona, but is a company making hundreds of millions of dollars a year really benefiting that much from such a move? If WWE just does not want to re-sign Ryder then so be it, but the bad look from letting him go does not seem to be leaps and bounds above of the impact from letting Cardona and so many others go at once 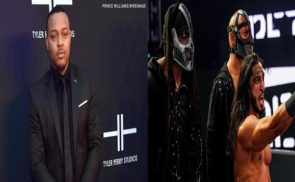 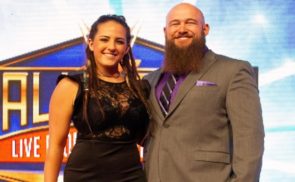 Erik and Sarah Logan Welcome Their First Child Into The World