So much for that? The rise of AEW has opened a lot of doors for a lot of other wrestlers as they are now able to work elsewhere. WWE had dominated the top of wrestling for so long and it is nice to see a fresh company on a high level of its own. When you throw in WWE releasing so many names just a few months ago, it was clear that someone was going to wind up in AEW and that has been the case, though one might already be done.

One of the bigger questions about the wrestlers coming to AEW from WWE was how many of these people should have been stars in the first place. Some of the names released were more than a little surprising and some of those names were signed to WWE. They made for some great debuts, but one of them might have already made their last appearance for AEW, at least for the time being.

In a new interview with Pro Wrestling Junkies, Matt Cardona, formerly known as Zack Ryder in WWE, revealed that his AEW deal expired at All Out. Cardona appeared in an eight man tag at the show and has not appeared for the company since. Cardona said he was interested in working with AEW again but there is no word on if AEW would be interested. There is no indication of bad blood from either end.

It was an interesting interview. Check out what Cardona said and some of his time in AEW:

Opinion: Fair enough. There is nothing wrong with someone coming in and getting their feet wet and then moving on. I have no idea if AEW was unhappy with Cardona or if they just wanted something short term or anything of the sort, but there is nothing that said Cardona had to stay there. His time there went fine and he wasn’t just Ryder all over again, so well done on his part.

What did you think of Cardona’s time in AEW? Where will he go next? Let us know in the comments below. 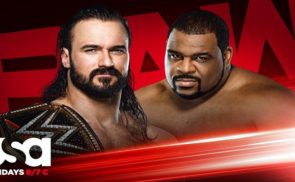