That’s a relieving explanation. Back in 1991, Shawn Michaels sent Marty Jannetty through the Barber Shop window in the most famous tag team split in WWE history. Michaels went on to become the top star in the company a few years later and became a legend. On the other hand, Jannetty became a running punchline in wrestling, with the accomplishments he has had over the years being completely forgotten. Now something else has been forgotten, which might be for the best.

Back in August, Jannetty made a post to Facebook claiming that he killed a man in self defense back when he was a teenager and threw his body in a river. This got a lot of people’s attention, as you might have expected, including the local police department who mentioned that they would be looking into Jannetty’s claims. Somewhere along the lines it went a bit too far though and Jannetty has changed his tune.

In a new post to Facebook, Jannetty said that he made the whole thing up as it was the start of a wrestling storyline. Jannetty also spoke about how many people had contacted him about the story from around the world, including various major news outlets. The man involved in the story was someone that Jannetty knew but Jannetty did not attack him and said the two of them were fine. There is no word on where this wrestling storyline would have taken place.

I DID NOT MURDER THAT MAN!!!

It was just the beginning of a damn wrestling storyline..but OH MY GOD, OMG.. Didn't the…

He certainly had better days. Check out what Jannetty has done in the ring before:

Opinion: I can’t say I’m overly surprised at Jannetty saying this did not happen as I’m not sure how many people believed it in the first place. It was one of the most eye catching stories in recent memory, but the fact that Jannetty was the one saying it made you believe that it could be a possibility. It was a heck of a story and certainly got Jannetty some attention, though this is the best result for everyone involved.

What did you think of Jannetty’s story? Did he take it too far? Let us know in the comments below.

Vince McMahon Gets Some “Bad News” About His Financial Status 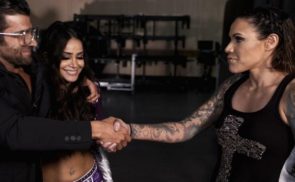 VIDEO: An NXT Stable Got A Lot Smaller After This Week’s Show