The end of the long road for Scurll. There were a lot of stories during 2020 but the SpeakingOut movement might have been the most important of them all. The movement focused on reports of sexual harassment and assaults in wrestling, with wrestlers from all over the world and from various companies included. Some of the names involved had their careers ended almost overnight, but there were some whose outcomes were to be determined. One more has been wrapped up.

One of the biggest names in the whole movement was Marty Scurll, who was accused of inappropriate actions with an intoxicated sixteen year old fan in the United Kingdom. Scurll was not only an active wrestler in Ring of Honor but also the company’s booker, making his involvement with Ring of Honor a little more detailed. Ring of Honor’s parent company, Sinclair Broadcast Group, conducted an investigation over the allegations against Scurll and now we have a result.

On Monday, Ring of Honor sent out a tweet saying that both sides had mutually agreed to part ways, officially ending Scurll’s tenure with the company. Scurll had signed a new deal with Ring of Honor in January2020 to continue wrestling and be the head of creative, though his first show in charge, the company’s 18th Anniversary Show, was postponed due to the Coronavirus pandemic. Scurll never returned to television after the company’s relaunch.

Opinion: How else was this expected to end up? At the end of the day, there is little way around something like anything involving a fan that age. It is going to get you thrown out of almost any company and that was the case here. I was curious to see what Scurll could do as the company’s head of creative but there are thing that are more important than wrestling and this would certainly qualify. 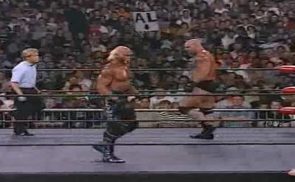