If you would like to watch the show, you can see it in full for free right here: 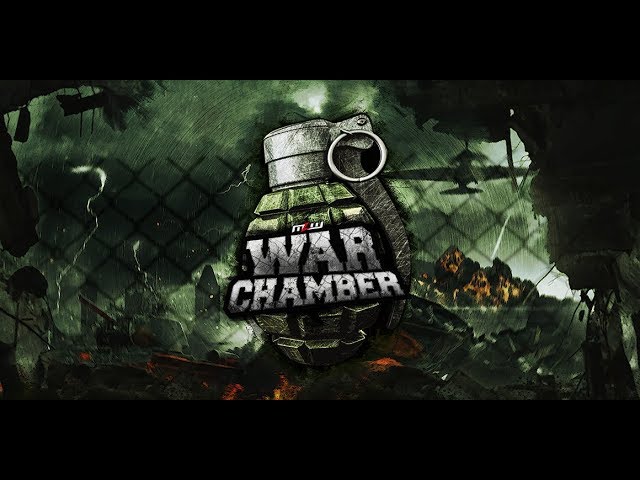 It’s time for another big event here, though this one was not broadcast live. This time around it’s a big team gimmick match, which is really just a one ring WarGames. It’s Contra vs. Team Lawlor this time around, which should help set up the next challenger for Jacob Fatu’s World Title. Let’s get to it.

We open with a recap of Contra running roughshod over MLW, including taking the World Title from Tom Lawlor. Now it’s Low Ki/the Von Erichs/Lawlor vs. Contra in War Chamber.

Brien was one half of the Dirty Blondes. Now he seems to be a roughneck cowboy type and kicks Banks in the face to start. A toss by the ears makes it even worse and Brien finishes with an Oklahoma Stampede at 1:27.

Post match here are Salina de la Renta and LA Park to beat up both the referee and Banks so Salina can introduce Park. She gets straight to the point: Park is cashing in his Golden Ticket at Superfight in November.

We recap the Hart Foundation stealing Maxwell Jacob Friedman’s car and finding something in the glove compartment which got Teddy Hart a match with Friedman.

Hart is at a hockey rink in Calgary and talks about what he learned from the game. He played a lot of sports, including being a professional badminton player, but nothing gets him fired up like going to Dallas to beat up the Hart Foundation. When Alexander Hammerstone gets back from Japan, he’ll pay for his crimes against the Foundation.

Kevin Von Erich and his sons go to the sight of the former Sportatorium, with Kevin talking about the history and significance of the building. It was so hot there that he took his shoes off in the back and liked the feeling so much that he kept wrestling that way. They all take a pebble from the ground as Kevin talks about how amazing it is to have his sons follow in his footsteps.

It’s WarGames but with one cage and barbed wire over the top instead of a roof. The first two will start for five minutes before the team who won a coin toss earlier today gets a two on one advantage for two minutes. After those two minutes, the team that lost the coin toss evens things up for two minutes. You alternate until all eight are inside and then it’s first pin or submission to win. Kevin Von Erich is at ringside for a special bonus.

Simon Gotch and Marshall Von Erich start with Contra having won the coin toss earlier. Marshall knocks him into the corner to start and hits a Cannonball as the fans are rather behind the Von Erichs. A sliding lariat sets up a headlock takeover as David is coaching from ringside. There’s a suplex as they’re keeping it in first gear so far, as they should be doing. A front facelock has Gotch slowed even more but here’s Samael to make it 2-1.

That means Marshall gets taken to the mat but he manages to forearm his way to freedom without much effort. The beatdown is on again until Tom Lawlor is in to even things up. It’s time to start whipping people into the cage as the clock speeds up again to bring in Jacob Fatu to make it 3-2. Tom and Marshall are waiting on him for the double teaming, earning themselves a Samoan drop and a swinging release Rock Bottom respectively.

There’s a handspring moonsault to Marshall for good measure and it’s complete destruction at Fatu’s hands alone. Samael bites Lawlor’s ear for a bonus until Low Ki ties it up again. House is cleaned as Marshall tries to hold Fatu back, leaving Low Ki to beat people up. Samael is busted bad as Fatu sends Lawlor into the corner to take him down again. With the ring getting full, here’s Kwon to make it even worse and complete Contra. Things go back and forth without much of note until Ross evens it up so that the match can “officially” start.

Ross cleans house with a hurricanrana to Gotch and a running boot in the corner to Fatu. That earns Ross a trip into the cage and Samael chokes Ross with some tape. Lawlor and Fatu slug it out in the corner as Contra starts taking over completely. Samael suplexes Ross for two but Ki is back up with elbows to Kwon’s head.

Samael goes up top but gets stopped by the wire and comes back down. Lawlor and Fatu are the only ones left standing so Lawlor charges at him in the corner for a running shot to the face. The fans get behind the Von Erichs again and almost everyone is knocked down at the same time. Samael kicks Ross low but stops to yell at David, allowing Marshall to hit him from behind.

Lawlor has Gotch in a Muta Lock as Fatu hits a pop up Samoan drop on Ross. With everyone else down, Low Ki takes Samael up top so they can try to put each other in the barbed wire. Samael gets the worst of it but here’s a masked man to try and climb the cage. David Claws him down and the fans are VERY happy with that one.

Kwon saves Samael with the red mist to Lawlor and Fatu nails the double jump moonsault for two as Low Ki saves. The Von Erichs are both up though and it’s a Claw to Gotch, with a Doomsday Device to make it even worse. The Claw goes back on and you’re not getting out of that in Dallas as Gotch is pinned at 30:18.

A lot of replays and celebrating end the show. 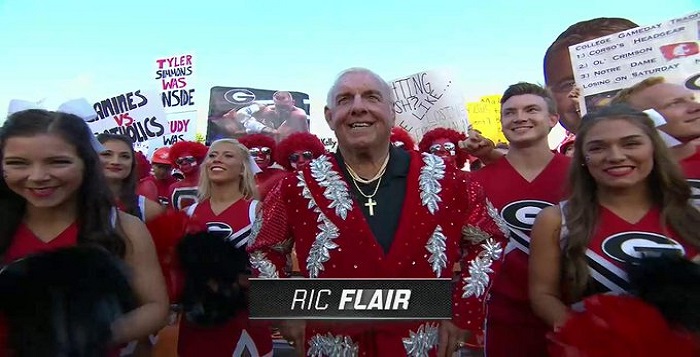 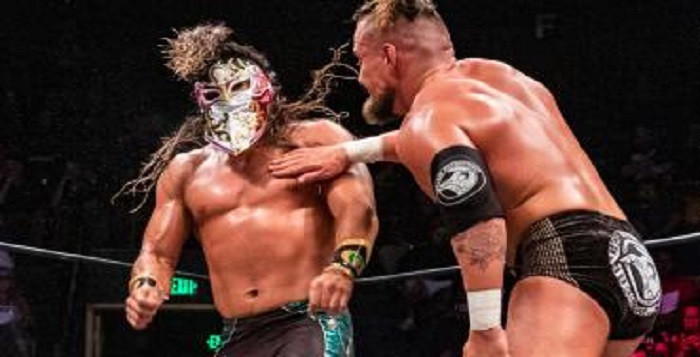