We have to be about finished with these Dallas tapings right? They’re coming up on the big one hundredth episode and that should be a special one given how things work around here. This week should be more about the Von Erichs and that’s a good idea given how things are going in their signature place so far. Let’s get to it.

We open with a recap of Tom Lawlor turning on the Von Erichs way back on Thanksgiving. Since then, Lawlor has reopened the Team Filthy Dojo and sent various goons against the Von Erichs. Tonight, it’s a grudge match with Ross.

We look back at Mance Warner paying off Grogan to get inside, where he cost the Dynasty the Tag Team Titles.

Grogan says he was hired to do a job but they were horrible people. His name is Logan Creed and the heathen has been unleashed.

The fans are behind Moonshine, a Texan, here because he’s a Texan named Moonshine. Mantell gets shoved out of the corner without much effort and Creed hammers away with the big shots to the ribs. The chops make it worse as the squashing seems to be on. A chokebreaker drops Moonshine again and a big boot puts him on the floor. That means a big man dive over the top and a jackknife finishes Mantell at 3:30.

Alexander Hammerstone explains various sodas to Gino Medina when Richard Holliday comes up to yell about Creed. Hammerstone: “They had a sale at Giants R Us! He was on clearance!” Holliday rants about how he would have preferred another jet (Holliday: “A fifth would have been nice!”) but they agree to take care of Mance Warner instead.

Come to these shows!

Pro Wrestling Illustrated has a new Top Ten contenders to the World Title:

Erick Stevens is here to make an impact so he’s going after the toughest guy around. That would be Davey Boy Smith Jr. and Stevens wants a fight.

Stevens drives him into the corner to start and James isn’t having any of that. They go to the mat with James getting the better of it, earning himself a shove from the bigger Stevens. A hurricanrana into a sunset flip has Stevens in trouble, including needing to pull his trunks up. James sends him outside but the suicide dive is cut off with Stevens dropping him on the apron.

Back in and Stevens slaps him in the face, which just fires James up. Stevens pounds away even more but James is back with some kicks to the legs. That earns him a chokeslam for two and we take a break. Back with James scoring with a superkick and hitting some running knees to the face for two. Some YES Kicks just fire Stevens up more but James forearms him in the head to take care of that. Stevens is right back with a fireman’s carry gutbuster and a scoop brainbuster (the Sarasota Screwdriver) finishes James at 8:34.

Warner and the Dynasty have a bit of a staredown but someone has attacked Warner’s uncle.

Contra is ready to fight, even though Ikuro Kwon is off to Japan. Jacob Fatu is ready for everyone from AAA.

Tom Lawlor isn’t worried about Davey Boy Smith and the Von Erichs teaming up. If Smith wants to be friends with them, he better be ready to lose at least an eye.

Injustice says we told you so and promise to cause more havoc.

Jimmy Havoc says Warner was the better man so it’s time to regroup and see who is next for the ultra violence.

We look back at King Mo and Dan Lambert laughing at Low Ki training with the Gracies.

Dax is a big man in a mask. Mo can’t suplex him so Dax tries a slam, only to get caught in a rear naked choke for the tap at 1:09.

LA Park is coming back next week to team with his son against Contra.

Lawlor wears his cowboy gear and has Dominic Garrini with him, complete with a hobby horse. Ross goes right at him to start and the fans are behind Von Erich, shockingly enough. A trip to the floor goes badly for Lawlor but he catches Ross on the way back in. That means a missed elbow though and Ross hits a slingshot hilo for two. The referee stops to inspect an eye poke to Lawlor, allowing Garrini to trip Ross down.

Choking on the mat and in the corner keep Ross in trouble, followed by a chop to put him in even more trouble. A kick to the chest fires Ross up and he hits a dropkick to send Lawlor into the corner. Ross hits a Sami Zayn Helluva Kick and a double underhook DDT (with Lawlor landing on his head) gets two. The Claw is loaded up, drawing in Garrini for the DQ at 7:04.

Post match the beatdown is on but Marshall Von Erich runs in for the save. The Claw is loaded up again but Stevens runs in to take them both out, allowing Lawlor to swing his cowbell around again. A trashcan is brought in as Lawlor gyrates on the Texas flag. The flag is thrown in the trash to end the show. 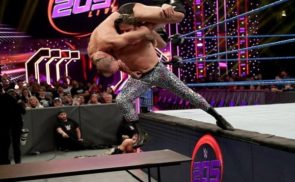 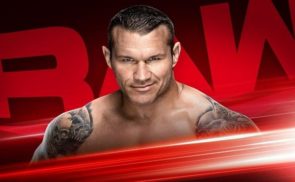