Before we get started, you can check out the full show for free right here if you’re interested:

It’s time for a big night around here as the World Title is on the line with Tom Lawlor defending against Avalanche. They’ve done a very good job of making these World Title matches feel important as the champ is very rarely in the arena, yet almost always makes a brief appearance, even in a pre-taped cameo. It’s been working well for me and hopefully that continues here. Let’s get to it.

We open with a recap of Lawlor winning the title and promising to face anyone from all over the world, including Avalanche from Germany.

The Dynasty is preparing for Alexander Hammerstone to win the National Title and all the money that it’s going to bring in. They don’t like the Hart Foundation and Hammerstone has a big arm.

That would be Josef Samael/Jacob Fatu for Contra here. The brawl is on in a hurry with Romero and Fatu having an early standoff. Samael busts out his spike though and knocks Romero cold, leaving Fatu to hit the moonsault for the pin on Hughes at 1:12.

Post match the beatdown stays on as the announcers talk about the lights flickering, though they don’t seem to be changing that much. The big guys are left laying.

Earlier today, Contra attacked the Lucha Bros and Fenix took a fireball to the face.

Video on the Von Erichs, who are still coming.

Fenix has been tended to and lost a lot of skin from the fireball.

Lawlor says he doesn’t get shaken by anything and people should be worried about how to get the title off of him. It doesn’t matter if you’re a bag of bones, guys from an 80s video game or an avalanche from German because he’s ready.

Fury Road Control Center, now with the Contra logo popping up without being acknowledged.

We look back at Teddy Hart winning the Middleweight Title and holding the belt for several months since. Jimmy Havoc is coming for the title because he’s willing to do anything to hurt his opponents.

Mance Warner goes to the pay window, which has three floors: jobbers at the bottom, midcarders in the middle and old Mancer right at the top with the main eventers. That’s what he does every time and gets paid to do it.

It’s Low Ki and Ricky Martinez for Dorado here, though Low Ki doesn’t seem happy with Salina. Dorado jumps them before the belly with Pagan being knocked silly on the apron. A hard clothesline drops Hollywood and it’s a top rope double stomp to the back to give Low Ki the pin at 1:10.

Post match here’s Contra and the fans are VERY interested. Martinez and Salina bail though and Low Ki gets beaten down, including a great looking pop up Samoan drop.

The Hart Foundation give Pillman tips for facing Hammerstone next week with the big suggestion being to tire him out. Pillman knows Hammerstone is big and strong but his dad told him about the size of the fight in the dog. This win is for his family.

We look at what happened to Contra tonight.

Low Ki is still in the ring.

Backstage interviewer Kasey Lennox is distraught over what Contra has done all night.

We recap tonight’s Contra stuff (second time in three minutes) and the hint that Park could cash in his World Title match tonight.

Lawlor is defending and Dreissker is called Avalanche. They’ve done well with making Lawlor feel like a big deal and so much of that is he’s rarely in action. Make that a special occasion. Lawlor strikes away to start and gets knocked into the corner with no effort. Some kicks to the leg work a lot better for the champ and now the strikes to the chest have some more success.

Avalanche gets knocked down so Lawlor can kick at the chest and hit a running seated clothesline for two. A hard kick sends Lawlor outside and Avalanche crushes him with a splash against the post. Back in and Dreissker hits the required big splash for two, followed by a big shoulder to send Lawlor flying. There’s a hard whip into the corner and Lawlor is in even more trouble.

More strikes give Lawlor a breather but Dreissker gives him a northern lights suplex to cut the champ off again. Lawlor manages a release German suplex though and the comeback is on. Forearms in the corner take Dreissker down but he’s right back with another running splash. The Vader Bomb misses though and a hard knee to the face drops Dreissker. The rear naked choke retains the title at 7:52.

Post match here’s Contra again and the beatdown is on. Fatu hits the moonsault and they drape the Contra flag over him, with Lawlor still trying to grab the title.

We cut to the back where Salina de la Renta tells LA Park to cash in now but Sami Callihan and Mance Warner jump him to end the show.

There You Have It. WWE Confirms Injury To A Top Star. 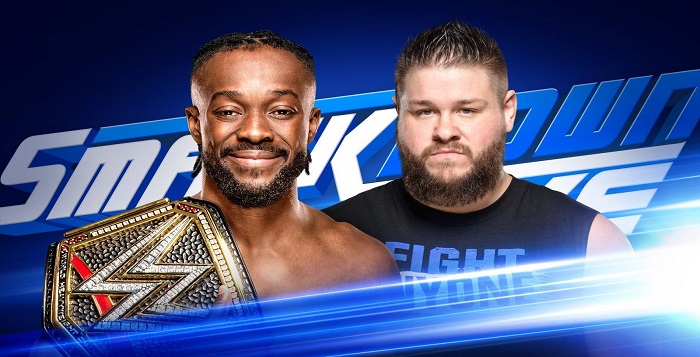