Before we get to the show, if you like the sound of it, you can check out the full event right here for free:

Things are starting to wrap up in this taping cycle and we’re coming up on a few big matches. Last week saw Salina de la Renta running things and a tease of a big fight with Sami Callihan but it wound up being Mance Warner instead. Therefore, there is a good chance we’ll be seeing Callihan going after Salina again soon. Let’s get to it.

We open with a recap of Barrington Hughes/Ace Romero vs. Contra.

Wolf looks rather terrified and the announcers pick up on it. They shake hands to start with Fenix taking him to the mat for a hold that isn’t going to go anywhere. That’s reversed into a double arm crank from Wolf so Fenix flips up to his feet without much trouble. Fenix does a series of flips to get out of a wristlock and Wolf isn’t sure what to do here. They chop it out until Wolf gets in his first big(ish) offense with a springboard wristdrag.

Fenix is right back with his own armdrag to put Wolf on the floor but he’s right back in with a hurricanrana of his own. The big dive to the floor takes Fenix down again as he can’t figure out what to do with Wolf. Back in and Fenix’s rolling cutter is countered into a German suplex. Another German suplex gives Wolf two and a springboard Downward Spiral gets the same.

Fenix finally rolls through for a hard dropkick and they’re both down. Wolf gets tied in the ropes for a rope walk kick to the face. That’s fine with Wolf, who is right back with a butterfly suplex into a DDT for two. Fenix catches him on top with a kick to the head but the Black Fire Driver is countered into a cradle to give Wolf the big upset at 9:48.

Salina isn’t happy with Mance, who she thinks does things to chickens. Next week, she wants Promociones Dorado vs. Callihan/Warner.

Hughes knocks him into the corner for a splash but gets superkicked in the face. Something like a Whisper in the Wind (remember that Fatu is pushing 300lbs) finishes Fatu in 33 seconds.

Result: Jacob Fatu b. Barrington Hughes – Whisper in the Wind (0:33)

The Hart Foundation is in a nice car and thank the Lucha Bros for dropping the titles. They don’t think much of MJF for a variety of reasons. As for Brian Pillman, he’ll gain a lot from competition, like a match against Rich Swann in the National Title tournament.

Alexander Hammerstone is looking forward to facing Gringo Loco in the tournament but he’s thinking about the celebration when he wins the title. MJF has even rented an elephant so Grandpappy Hammer and Weird Uncle Gary Hammer can come celebrate. He promises to win but leaves to take a call about the elephant.

We get the first Fury Road Control Center. We’ll see the tournament final to crown the first National Champion as well as the debuts of Ross and Marshall Von Erich.

Tom Lawlor is ready for Avalanche, because Tom is the only abominable snowman anyone needs to worry about.

Idol has some muscle on a somewhat small frame. Ariel gets sent into the corner for a running knee and a butterfly suplex into the same corner makes it even worse. A swinging layout Rock Bottom gets two as the not huge Idol is throwing around the tiny Dominguez. Idol gets two more off a shoulder breaker but misses a moonsault. That’s enough for Dominguez to hit a dropkick and tornado DDT, setting up a kick to the chest for two. A springboard tornado DDT into a small package (eventually as it was several covers before Dominguez tied the legs up) finishes Idol at 4:09.

We look at Salina’s challenge again.

Warner and Callihan are in for the match. Warner’s eyes bugging out the whole time makes it that much better. Oh and it’s going to be a tag team fight instead of a match. I think that was already understood. They get in a bit of an argument over thumbs and kneepads going up and down.

Salina talks to Low Ki about his contract but Low Ki doesn’t like the promoter becoming the feature attraction. She even calls him Mr. Silvestri (his real name) to show you how serious it is.

The rest of the Dynasty lets Hammerstone do this one himself as the fans are way into Loco. Hammerstone powers him down to start as Loco is a little tentative to start. Loco gets thrown away again but manages to flip away for a standoff. The fans let Hammerstone know that he can’t do that and a running hurricanrana to the floor frustrates him even more.

The running flip dive is countered with a kick to the head but Loco is fine enough to get two off a top rope moonsault press. Hammerstone crotches him on top though…where something is botched so badly that they shoot the crowd, which gasps at whatever we can’t see. Hammerstone superplexes him down and hits the Nightmare Pendulum for the pin at 4:56.

Post match Hammerstone says he’s a win away from the title because he’s no longer a prospect. Now, he’s the future champion. 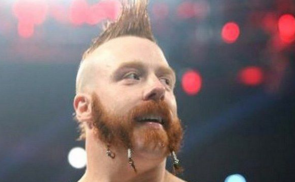 (Video): From The Inside. A WWE Superstar Suggests Sheamus Might Not Be Retiring.

Rumors On AEW’s New Television Deal; What Will Show Look Like?