If you would like to see the full show, you can watch it right here for free: 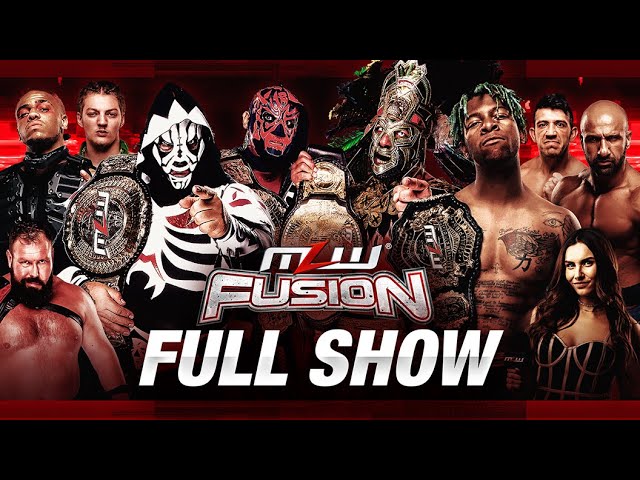 We’re almost to Never Say Never with a pair of shows left before the big event. It’s also another double title show this week as Lio Rush defends the Middleweight Title and Los Parks defend the Tag Team Titles. Hopefully things can pick up a bit around here but I’m not sure if I would get my hopes up. Let’s get to it.

We open with Injustice and Contra fighting in the back. Los Parks get involved too and referees try to break it up.

Pillman Jr. answered an open contract for the shot. Feeling out process to start with Pillman shoving him down. A shoulder doesn’t do much for Pillman (who seems to be in his dad’s Four Horsemen tights) so he catches a charging Rush with a dropkick to better avail. Rush snaps off a headscissors to the floor and Pillman is in trouble for the first time. An uppercut to the back of the head gives Rush two and he elbows Pillman in the face for the same.

We hit a waistlock on the mat until Pillman elbows his way to freedom. Pillman gets in a few kicks of his own and snaps off a powerslam for two. A suplex takes a bit too long though and Rush kicks him in the face to send him outside. Back in and a kick to the head looks to set up the Final Hour but Pillman catches him on top. Pillman manages the superplex though and they’re both down. Rush is back up with the springboard Stunner into the Final Hour to retain at 9:17.

Alex Hammerstone doesn’t like Mil Muertes stealing his title last week. He knows Salina de la Renta is about as evil as you can get but she is most dangerous around old men with big bank accounts. Anyway, Mil Muertes holding a title doesn’t make him a champion so if he has the guts, let Hammerstone make him the man of 1001 deaths.

The Von Erichs want Team Filthy in any way they can get them.

Salina de la Renta is here with Muertes. Neither goes anywhere off an exchange of shoulders so Muertes kicks him in the knee and grabs a low DDT. Muertes chops away in the corner and drops Parrow with a clothesline as we see Bu Ku Dao down in the back. They head outside with Parrow being driven back first into the apron but he drops Muertes back inside. There’s a backsplash for two on Muertes, who is right back with a powerslam for two. The Downward Spiral finishes Parrow at 4:19.

Bu Ku Dao is still down and his match with TJP might be off.

Video on Calvin Tankman, who is coming for the World Title.

It’s off to the Never Say Never Control Center, with Jordan Oliver vs. Richard Holliday and Myron Reed vs. Daivari being added.

Mads Krugger promises to end Alex Hammerstone. I think he does at least as the audio was hard to understand.

Tom Lawlor is ready to beat up the Von Erichs and ACH in a chain match next week.

Los Parks are defending, anything goes and it’s Daivari/Simon Gotch for Contra. The fight is on before the champs get to the ring but LA Park is out in a hurry to swing the chair. The violence is on fast with all of the weapons being brought in. We settle down to Reed kicking Daivari in the face for two but Hijo chairs Reed in the head. The champs lay Oliver out but everyone is pulled outside to keep up the violence.

The Parks get to double team Gotch this time though, including Park hammering away at Gotch’s head. Back up and Park wins a slugout with Gotch with a kick to the face and a poke to the eye. Park’s dance sets up the Octopus but Oliver wastes no time in making a save. Oliver hits the big dive onto the Parks but Hijo is back up with a dive onto Daivari. Park spears Gotch to retain the titles at 6:45. 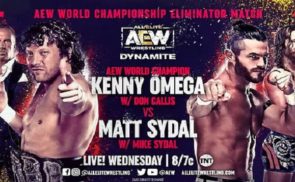 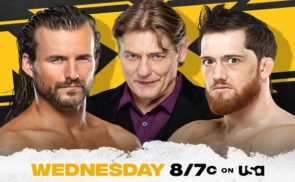