If you would like to see the show in full, you can watch it for free right here:

Things are getting wild around here with all kinds of things going on. That has made for some interesting setups and the nice thing is MLW has gotten a lot better at paying those things off. If they can do that again, we could be in for a nice setup as they head towards their first pay per view in the fall. Let’s get to it.

We open with a recap of Bestia vs. Mance Warner last week as Mance loses another battle in the war against Salina de la Renta. The rather wild Von Erichs vs. Contra match gets a look as well.

Yuta drives him into the corner….and gets kicked in the head for the knockout at 30 seconds.

Tom Lawlor is ready to go to war with Contra in the War Chamber.

Contra says bring it on, but it’s four on four. The match has since been confirmed as WarGames under a different name.

It’s time for the War Chamber Control Center. The only match set so far is the namesake match, meaning we hear the WarGames rules again, though you can win by pinfall or submission.

We look back at Warner vs. Salina de la Renta and company.

Konnan has some demands for Salina. First up: he wants Jimmy Havoc vs. LA Park, loser leaves MLW. Both Salina and Havoc aren’t happy but the match is made.

The Dynasty is at a car dealership and don’t like being told to wait. They like MJF’s watch and threaten a Yelp review for taking so long. It turns into a discussion of Teddy Hart failing the Wellness Policy, meaning he can’t cash in his rematch for the Tag Team Titles. Hammerstone freaks out over a Wellness Policy but they’ll get him some clean liquid.

MLW is going to be working with Pro Wrestling Noah.

Here are the Spirit Squad (Mikey/Kenny) to say they’re here because they earned it instead of their open name. That means an open challenge.

The fight is on in a hurry with the Von Erichs beating them down while the music is still playing. A double dropkick and the threat of the Claw send the Squad bailing to the floor. The music keeps playing as it’s a double noggin knocker on the floor. We take a break and come back with Marshall beating up the Squad on his own and dropkicking Mikey to the floor. There’s a powerslam and a good looking moonsault for two on Kenny, followed by a claw slam/belly to back suplex combination for the pin at 5:25.

Result: Von Erichs b. Spirit Squad – Claw slam/belly to back suplex to Kenny (5:25)

Post match here’s Contra for the brawl, with the Von Erichs holding their own for a good while. Cue a mystery man to spray mist in Marshall’s eyes as Contra has a fourth member. What a great time to mention that Marshall has a newborn.

This is from the Chicago tapings due to Low Ki’s match going so short. They flip around to start with Gringo shoving him away and saying not so fast. Zenshi climbs the ropes and gets a sunset flip for no count. A shooting star misses and Zenshi says bring it. Loco misses an enziguri as Jordan Oliver and Myron Reed are protesting in the crowd.

With Loco on the floor, Zenshi flips over the top, handstands on the apron until Loco gets to his feet, and then headscissors him down. We spend a good while looking at a replay and then a crowd shot before seeing Zenshi hit a bottom rope 450 for two. Zenshi tries a moonsault but gets caught in the Tombstone for the pin at 3:50.

We look at Marshall being blinded again.

Davey Boy Smith Jr. doesn’t want to talk about Alexander Hammerstone and his Georgia. Instead he’s ready for Timothy Thatcher tonight and knows it’s going to be strong style catch wrestling. Smith’s technique is too strong for Thatcher and ignores a question about Georgia. Brian Pillman Jr. comes in and seems to have a plan.

They slap hands to start and it’s a slow pace to get things going. Davey throws him off of a headscissors on the mat and it’s time for some early grappling. Smith gets a hammerlock and you can see Thatcher playing this out in his head as he tries to find a way out. The hold is reversed into a half crab, with Thatcher’s eyes bugging out. That’s broken up so Thatcher kicks at the leg and grabs it again, this time sending Smith over to the ropes.

More kicks to the leg set up a belly to belly to put Davey back in the middle, setting up a legbar. With the grappling not working so well, Davey headbutts his way to freedom but can’t get a cross armbreaker. Thatcher switches into an ankle lock with a grapevine as the counters continue. Davey slaps the mat (not a tap) and turns it over into a Sharpshooter, sending Thatcher to the ropes for a change. They slug it out (Tony: “Like two rams butting heads on the side of the Rocky Mountains!”) until Thatcher gets two off a small package.

Another pinfall reversal sequence gives us some slick two counts and it’s time for a breather. Back up and Smith rolls some German suplexes, followed by a tiger suplex for two. They fight over arm holds with Thatcher not being able to get a cross armbreaker this time. Smith isn’t having this and rolls out into a Crossface for the tap at 14:46.

Georgia comes out to interview Davey, who is thankful to the fans. He knows Georgia wants to keep her silence on Hammerstone but Hammerstone is playing her. Smith promises to use a crossface chickenwing on Hammerstone to become Openweight Title. 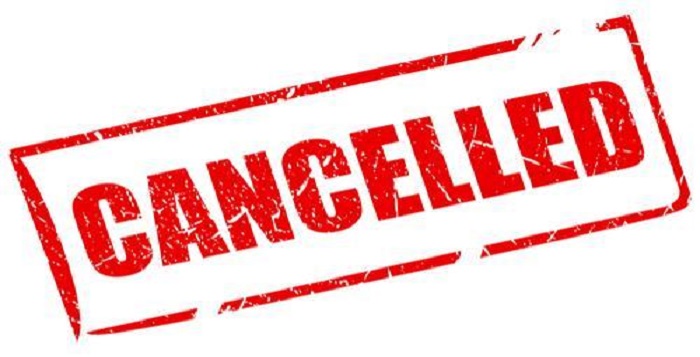 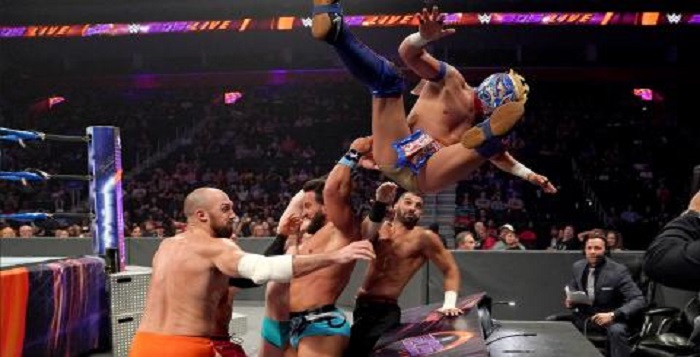