Dang it just when I’m getting used to Graves and Phillips being on every show together, or at least feeling like they are. They leave NXT and are now on one of the main shows each, 205 Live and this one. It’s allowed these two to develop a great chemistry together and that makes the shows so much easier to listen to. Let’s get to it.

[asd2]Joseph points out that this is a rematch from the finals of the Cruiserweight Classic. Metalik starts fast with his flips off the ropes and an armdrag to send TJP outside for a big dive. Back in and a springboard elbow gets two but it’s way too early for the Metalik Driver.

Instead it’s time to go for the mask but TJP settles for just throwing him off the top for two. TJP grabs a modified crossface chickenwing before switching over to a regular chinlock. Back up and TJP kicks him in the face a few times, followed by the top rope splash. A moonsault misses though and TJP hits the Detonation Kick for the pin at 5:27.

To Raw for the first time.

Here’s Finn Balor for a match but first he has something to say. At Extreme Rules we have a Fatal Five Way (he said Final Five at first) but here’s Paul Heyman to interrupt. Paul lists off Lesnar’s potential challengers and says Brock would make them all victims. Finally we have Balor himself, who Heyman thinks is the most talented performer in WWE today. Paul wants to see them fight and Balor agrees, even though Brock isn’t here tonight. 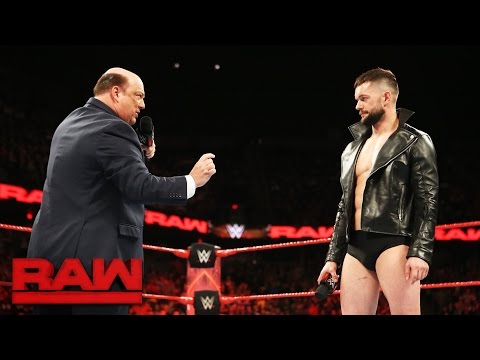 And again from Monday.

The winner gets to pick the stipulation for the title match at Extreme Rules. Matt clotheslines him to the floor to start but Sheamus takes over in the brawling. The ten forearms set up a running knee to send Matt into the barricade. Back in and Matt avoids a charge into the corner but gets caught in a Regal Roll for two.

We come back from a break with Sheamus fighting out of a chinlock and using a Jeff distraction to elbow Sheamus in the head. The Side Effect gets two on Sheamus and a jumping knee to the face gets the same on Matt. Sheamus knocks him to the floor but stops to kick at Jeff, allowing Matt to grab the Twist of Fate for the pin at 12:07. 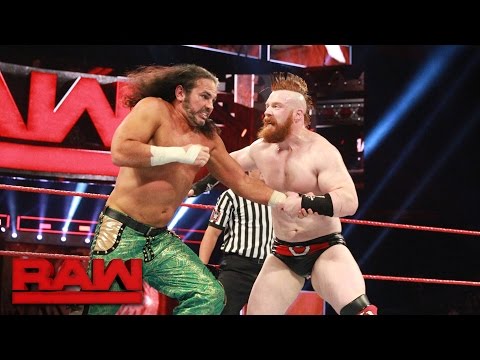 Matt makes it a cage match.

Hawkins and Axel argue over who gets to start with Slater but it’s quickly off to Rhyno for a HUGE pop. A clothesline gets two on Curt and it’s back to Slater for a much more modest pop. Slater falls for a distraction though and gets shoved out to the floor, allowing the villains to take over as we take a break.

Back with Hawkins putting Slater in a sleeper before it’s off to Hawkins for an armbar. A good looking dropkick gets Axel booed again but Slater flapjacks Hawkins, allowing the tag off to Rhyno. Everything breaks down with Heath diving onto Hawkins, leaving Rhyno to hit a spinebuster on Axel for the pin at 11:07.

And the final Raw clip.

As usual, Reigns is hated. Joe and Rollins start with Seth getting in a few jabs, only to be sent crashing to the floor as we take an early break. Back with Reigns giving Bray a Samoan drop but getting dropped by Joe. A chinlock and enziguri keep Reigns in trouble and Bray throws him outside.

That doesn’t go quite as well as Reigns sends Joe into the barricade, allowing the hot tag to Rollins. House is quickly cleaned with Seth nailing a double suicide dive, only to get caught on top. A double high crossbody takes the villains down but Reigns runs into Rollins by mistake. Rollins and Reigns get into an argument and it’s the Koquina Clutch to knock Seth out at 14:58. 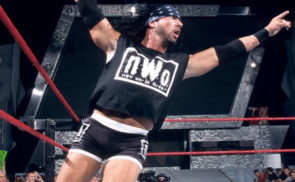