It’s recap week during one of the most important times of the year. I wouldn’t mind if they just dropped the original stuff during this season as it’s just taking up time when they could talk about more important things. Then again Main Event has never made the most sense in the first place. Let’s get to it.

EC3 elbows him in the face to start and drops the EC3 elbow as Watson talks about how awesome he is. Another EC3 elbow is countered by a superkick for two but a hard clothesline gets the same. A powerbomb is countered into an enziguri but it’s a TKO to drop Breeze again. Not that it matters as Breeze grabs a hurricanrana for the pin at 4:09.

Here’s the Shield for their big farewell speech. Roman Reigns talks about how he’s learned you’re not promised tomorrow so if they rode together for the last time, he has no regrets. As for now though, he hasn’t had a one on one match on Raw in five months so we should correct that. Ambrose has business of his own too, and even if no one knows what it is, we love him anyway. That leaves us with Rollins, who has been chasing the dream for a long time now. The fans give us a SLAY THE BEAST chant, which Reigns turns into BURN IT DOWN.

One more time.  We promise: 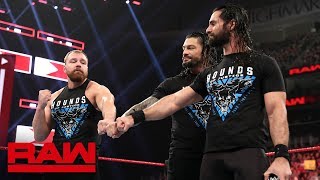 We see the ending of Drew McIntyre vs. Dean Ambrose from Raw.

Here’s Vince McMahon to talk about offering Kofi Kingston a title shot at Wrestlemania. First though, we look at Kofi’s handicap match at Fastlane in a ruse. Back in the arena, Vince talks about how the fans heard what they wanted to hear because he never said Kofi was getting the shot. Vince says everything is a teachable moment but here’s New Day to interrupt. Big E. isn’t going to learn anything right now because they do everything he tells them to.

They flew halfway around the world to India on Vince’s orders and haven’t ever threatened to leave if they don’t get what they want. Kofi has been here for eleven years and deserves a chance. Vince goes into a rant about how no one deserves anything, including him. Big E. says this is bigger than anything, including Vince’s ego. Vince: “Now there is nothing bigger justifiably than my ego.” Xavier talks about Kofi pinning the WWE Champion multiple times but he’s never gotten a one on one shot.

The WWE Universe demands that Kofi get s chance to compete but Vince isn’t buying it. He wishes Kofi deserved this and while he’s done all kinds of great things in the Royal Rumble and the Elimination Chamber, he’s going to be in the Hall of Fame….as part of New Day instead of on his own merits. Kofi is smart enough to take the glory and have these two younger guys do all the work. Vince wishes Kofi was championship material and earlier today, Daniel Bryan called him a good B+ player.

Kofi finally speaks, saying he doesn’t want a handout. He goes around the world doing what he loves but it’s cost him a lot. Kofi has missed birthdays, weddings and has never even gotten to take his kids trick or treating. He wasn’t there earlier this week when his son lost his first tooth. Through all that, Kofi has never complained, even though Vince has never let someone like him compete for the WWE Title.

What Kofi needs right now is to be told what he needs to do so he can do it. This brings out Orton….and Joe….and the Bar….and Rowan in a gauntlet match next week to get his title match. Everyone comes to the ring and the fight is on with New Day fighting off the villains to end the show. 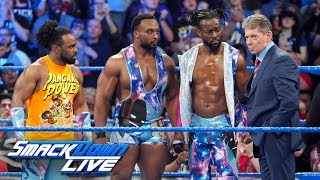 Here’s Becky Lynch for a chat, though first she has to throw away the crutch. She limps to the ring and recaps the entire story, which doesn’t make sense when she sums it up. Becky is glad to be here and happy to be in Wrestlemania after Fastlane, even though it took quite a feat. Do you know how hard it is to play mind games on someone with no brain? She got exactly what she wanted from Ronda Rousey though and will pay it back at WrestleMania when she breaks the arm and takes the title.

This brings out Charlotte to say Becky is now in Charlotte’s main event. It’s one thing to be hot for six months but Charlotte has been hot for six years. That’s why she was chosen and she’ll get the job done. Becky was chosen because people felt sorry for her, including Rousey. Becky doesn’t buy it and says she’ll see Charlotte at Wrestlemania.

The war of words continues: 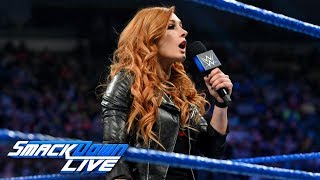 Sunil starts with a dancing wristlock on Lince, who dropkicks him down without much trouble. Metalik comes in for the abrupt commercial and we come back with Kalisto fighting out of a chinlock. The Singhs’ double suplex is countered into a double DDT and the hot(ish) tag brings Metalik back in. Sumir gets caught grabbing the ropes on a sunset flip so Metalik kicks him in the head, setting up Dorado’s shooting star press for the pin at 7:43.

We recap Batista attacking Ric Flair at his birthday party.

Here’s an angry HHH in street clothes to address Batista. This brings out said Batista, with security guarding him. HHH asks if Batista is getting in the ring or standing there as a nose ring model. Batista laughs and says he learned from HHH and Flair over the years so yeah, they’re here for him. He’s getting what he wants one way or another. HHH talks about Batista quitting over the years and promises to run through the guardians of the independent circuit to get to him.

That’s about the size of it: 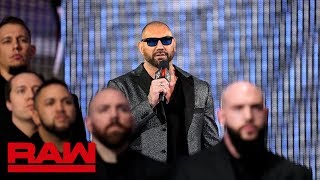 A Long Time In The Making. WWE Confirms A WrestleMania 35 Match. 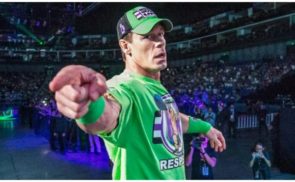