It’s another week where things should be getting more interesting but since Eric Bischoff hasn’t taken over Smackdown and Paul Heyman has less than four weeks to set up Summerslam, there isn’t much time to set up anything all that interesting. In other worlds, expect more of the normal Main Event stuff. Let’s get to it.

They lock up against the ropes to start with neither being able to get anywhere. Logan misses a forearm and gets knocked into the corner, setting up a bulldog from Brooke. The running backflip splash gives Brooke two and it’s time for a slugout. Logan’s pop up headbutt puts Brooke down and we hit the howling. The chinlock goes on, followed by a running knee to Brooke’s ribs for two. That means the standing Texas Cloverleaf but Brooke is in the rope in a hurry. Logan misses some running knees in the corner and it’s the Swanton to give Brooke the pin at 5:50.

We look at Kevin Owens coming after Shane McMahon.

It’s already time for the town hall with the roster on the stage. Shane says anyone can say anything they want as long as they’re respectful. Roman Reigns goes first and says that no one respects Shane. That doesn’t work for Shane, so Reigns is going to be fined and dealt with later. Charlotte goes next and thanks Shane for treating her and her family so great. Liv Morgan, who Owens mentioned last week, calls her out for having everything handed to her. Charlotte: “Do you work here?”

They argue for a bit until Shane calls them off and Buddy Murphy goes next. Murphy says he doesn’t like Owens being rude to Shane and wants to slap the taste out of Owens’ mouth. Shane approves of this and declares Murphy no longer the best kept secret in Smackdown history.

Apollo Crews says no one likes Shane and gets called out by Zelina Vega, likely setting up a match with Andrade. Elias says that he is not Kevin Owens but New Day cuts him off. Kofi Kingston rants about how no one gets an opportunity under Shane. That’s enough for Shane, who says the town hall is over. Everyone leaves but Cesaro wants Aleister Black to pick a fight with him tonight. Shane makes the match in a hurry and Cesaro leaves. Cue Owens behind him and there’s the Stunner, after Owens misses Shane’s head on the first attempt. Owens runs off into the crowd to a rather positive reaction.

Dig that run in: 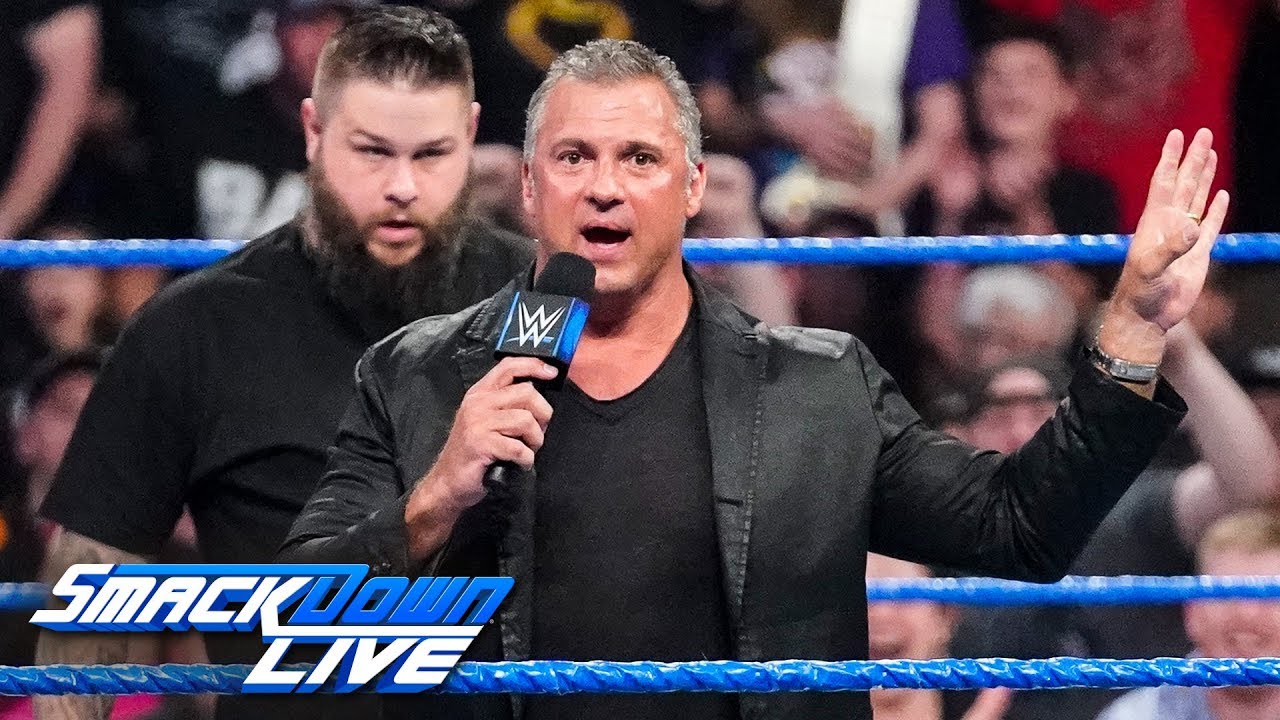 The threat of a Stunner sends Ziggler outside for a flip dive but the Swanton hits raised knees back inside. Ziggler gets two off a Fameasser and the chinlock goes on. Owens fights up and hits a superkick, setting up the Swanton for a rather close two. Cue Shane with a small army behind him to surround the ring. Ziggler hits the Zig Zag off the distraction for two (I bought that as the finish) and Owens slaps him in the face.

Ziggler pounds away in the corner and sends Owens hard into the post (Shane: “That looks like that hurt.”). A superkick misses and Owens hits the Stunner, only to have Shane pull him out of the ring. Owens hits another Stunner on Shane on the floor before running away in a smart move at around 6:15.

Result: Dolph Ziggler vs. Kevin Owens went to a no contest when Owens ran away (6:15) 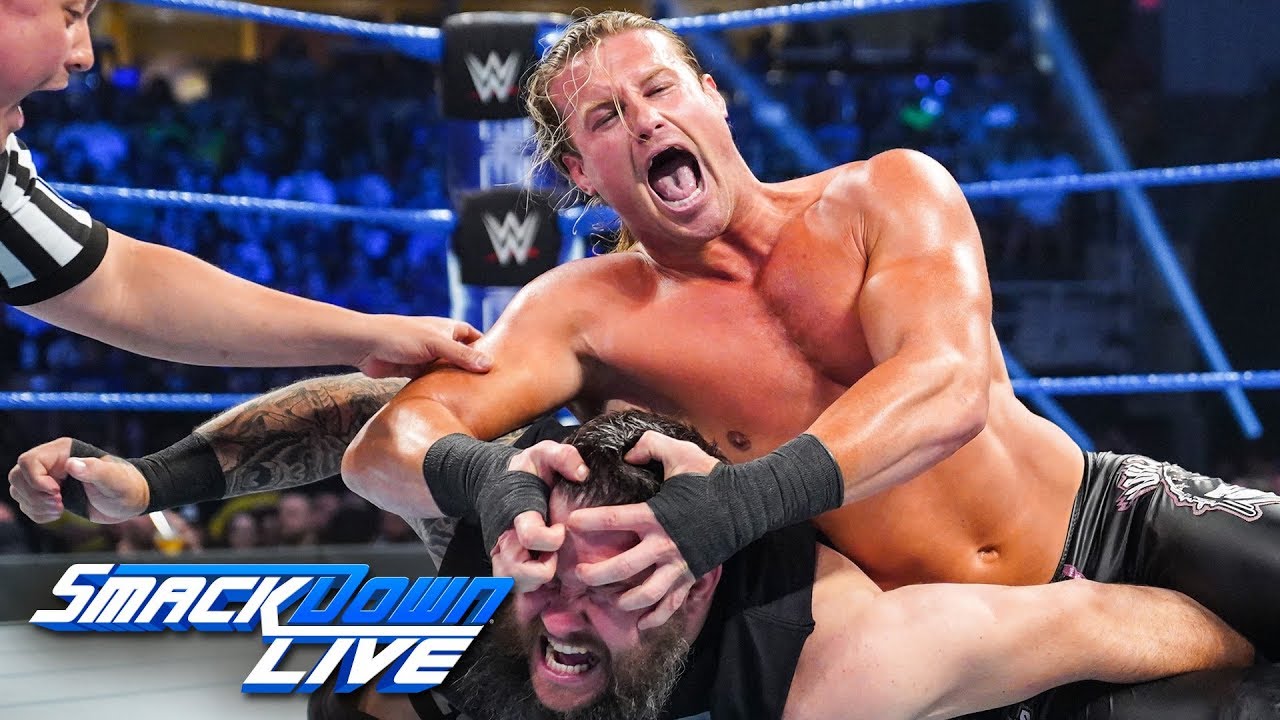 Shane promises to make Owens pay to end the show.

Joe takes him down by the wrist to start but Balor is back with a headlock takeover out of the corner. That’s reversed into a crucifix though and Balor is pinned at 1:24.

Post match Joe tries to choke Balor out but gets stomped in the chest. The Sling Blade sets up the Coup de Grace to get Balor’s heat back. The match was so short he probably didn’t even take his coat and shoes off. Balor poses but his music stops and the lights go off. We hear a beatdown taking place in the ring and the lights come back on to reveal….Bray Wyatt, in the Fiend mask, with Sister Abigail to Balor. Fans: “HOLY S***!” 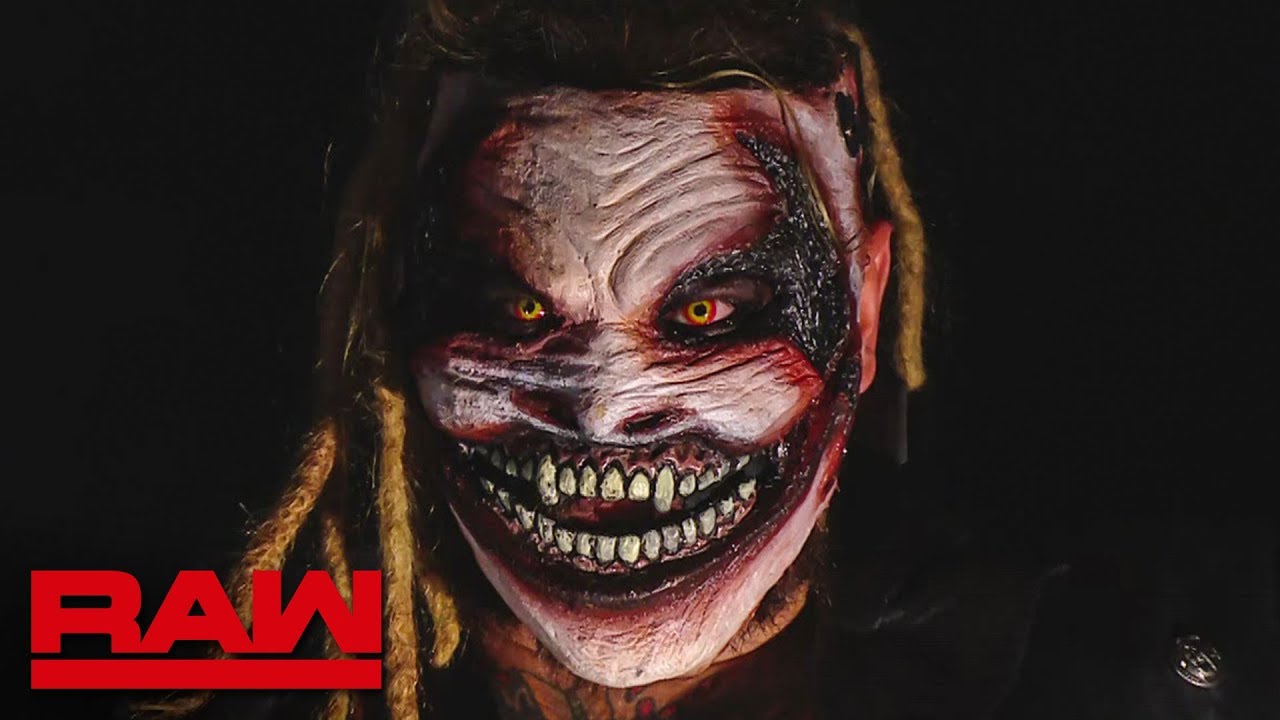 EC3 sends Jose into the corner so it can be off to Young in a hurry. That’s fine with Jose, who brings Titus in to take over on Young in a hurry. Titus slams Jose onto Young and we take an early break.  Back with Jose hitting an airplane spin for two on Young but an EC3 distraction lets Young knock Jose off the top. EC3’s running neckbreaker and Young comes back in for the stomping. A suplex gets Jose out of trouble and it’s back to Titus for the house cleaning. Jose comes back in as everything breaks down, with EC3 grabbing a rollup for the pin at 8:48.

We recap Brock Lesnar cashing in Money in the Bank to win the Universal Title at Extreme Rules.

The winner gets Lesnar at Summerslam, Lashley has taped ribs and Lesnar and Heyman are watching from the stage. It’s a brawl to start with Corbin going after Rollins and Strowman punching Lashley in the bad ribs. Cesaro starts running at everyone in the corner to take over, including the Swing to Rey. Another one to Big E. is broken up and Lashley dumps Cesaro for the first elimination. Strowman does the same to Lashley and it’s time for a Strowman vs. Big E. showdown.

Big E.’s running splash staggers Strowman and Big E. manages the Big Ending but walks into the RKO. Sami gets rid of Big E. but walks into the RKO. The 619 connects and Orton gets rid of Zayn. There’s an RKO to Reigns followed by another 619 but Reigns shrugs off both finishers and Superman Punches Orton through the ropes. Rey hits a springboard seated senton on Roman but gets tossed by Orton. We’re down to Corbin, Rollins, Reigns, Strowman and Orton with the latter on the floor.

Strowman puts Corbin in the ropes so Reigns can hit the apron dropkick. A superkick from Rollins is enough to get rid of Corbin and get us down to four. Reigns spears Rollins by mistake and Strowman puts Roman on the apron. It’s the Chris Benoit/Big Show elimination but Rollins knocks Reigns out as well. Rollins thinks he’s won and has to hang on when Orton comes back in to throw him to the apron as well. The hanging DDT brings Rollins back in and Orton stops to stare at Lesnar. The RKO is broken up with a superkick to the ribs and the Stomp is enough for Rollins to get the title shot at 7:47.

Post match, Heyman promises that Rollins is going to be conquered. Rollins tells Heyman to shut up and promises a repeat of Wrestlemania. Lesnar teases coming down for a fight to end the show.

UPDATE: Maybe Not. Top Name May Not Be Wrestling At Summerslam After All. 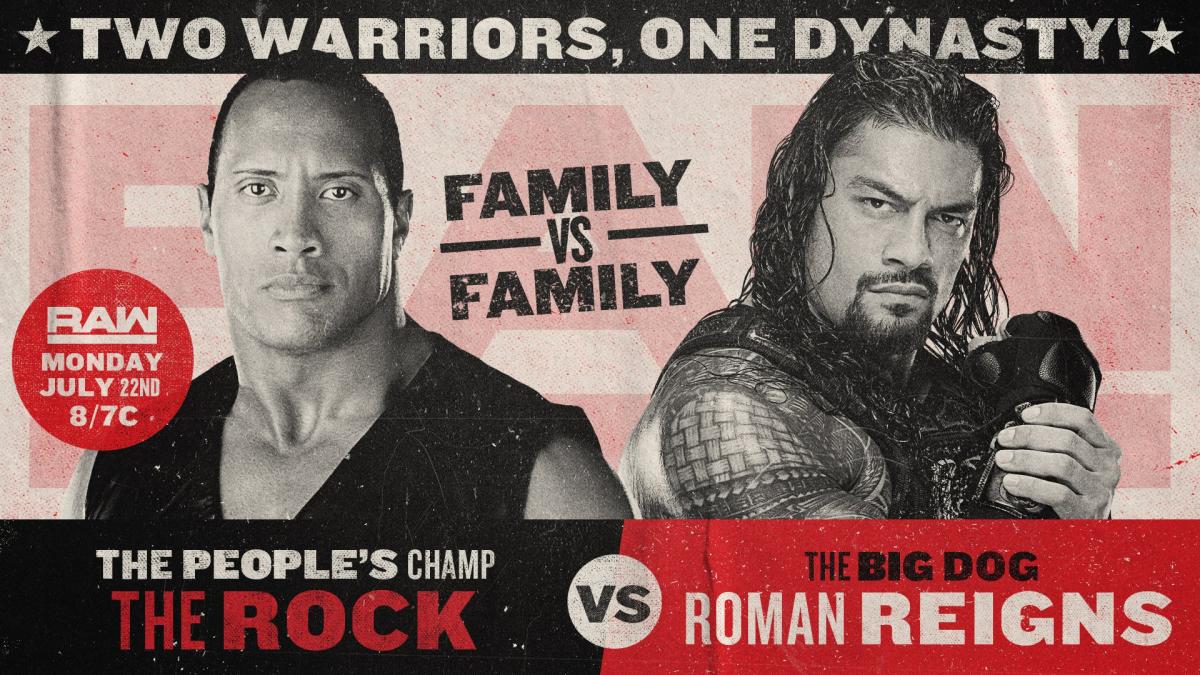