It’s effectively the go home week for the Royal Rumble as next week is the big 25th Anniversary of Monday Night Raw. Smackdown could still offer a few changes, but at this point there isn’t much more to be done aside from adding a few names to the Rumble matches. Let’s get to it.

Rhyno runs him over with a shoulder to start and does it again with a clothesline but Hawkins…lays down. He knows he’s going to lose anyway so let’s just get it out of the way. That’s a trick of course and the small package only gets two. The chase goes a bit better for Hawkins as he stomps away, only to have the chinlock fail him. A TKO gives Rhyno a breather but Hawkins is right back with a clothesline of his own for two. Hawkins charges straight into a spinebuster though and the losing streak continues at 5:33.

We look at Braun Strowman ripping the set down to crush Brock Lesnar and Kane.

We see all of Strowman’s rampage from Raw, packed into one set of videos. He was fired, then he beat people up, then he flipped over a production truck, then he launched Michael Cole off a stage, then was rehired to save things. 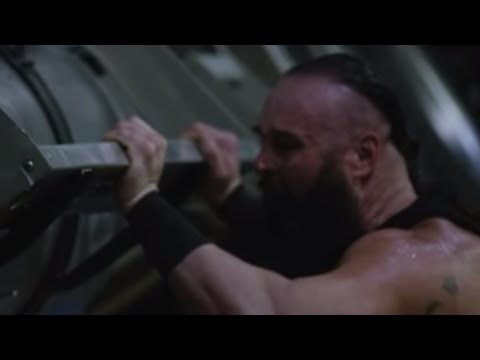 We look at Tuesday’s semifinal matches in the US Title Tournament.

The title is vacant coming in, Roode’s ribs are banged up, there are no Singh Brothers and Shane McMahon/Daniel Bryan are at ringside. Feeling out process to start with Mahal’s cheap shot to the ribs being cut off. They head outside with Mahal driving the bad ribs into the barricade and getting in a few more shots as we take a break.

Back with Mahal bending the ribs around the post and then slapping on an abdominal stretch. Some knees to the ribs keep Roode down and Mahal puts a knee in the back. Roode gets two off a sunset flip but a superkick gives Mahal the same to keep him in control. Bobby finally sends him outside for a clothesline from the apron as the crowd is just gone here. Back in and Mahal rolls through a high crossbody for two of his own, followed by a Blockbuster for the same. Roode’s spinebuster plants Mahal again and the Khallas is reversed into the Glorious DDT to make Roode the champion at 15:44.

And it was GLORIOUS. 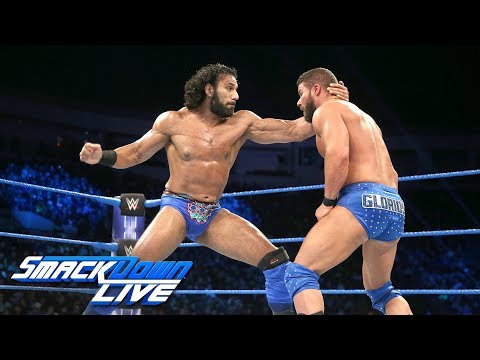 The bosses present Roode with the title to end the show.

We start fast with an exchange of takedowns and reversals with TJP countering everything to very little avail. Ali misses a big kick and TJP nips up, only to be taken back down with a springboard armdrag. A spinwheel kick drops TJP for two but he sends Ali into the corner and goes with the simple stomping. Ali is sent into the barricade and we take a break.

Back with Ali coming back with a few headbutts and the rolling X Factor for two. Ali puts him on top but gets missile dropkicked in the knee for a clever counter. The kneebar goes on in the middle of the ring but Ali makes the rope. TJP charges into the post though and gets rolled up for the pin at 8:47.

Jordan, Gallows and Anderson are at ringside. Balor armbars him to start but gets armdragged away, followed by a kick to the back. Seth gets sent outside though and a kick to the chest puts him down as we take a break. Back (after a Raw moment of the 1-2-3 Kid pinning Razor Ramon in a huge upset) with Rollins hitting the Blockbuster but hurting his knee. It’s fine enough to try the suicide dive though and Balor is down again.

They get back inside with Rolling hitting a forearm to the back but having Balor slip out of the Falcon Arrow. The Sling Blade takes Rollins down, only to have Seth come back with his own. Balor gets in another Sling Blade but charges into a superkick for two. The Wind-Up knee is countered with a forearm so Rollins enziguris him down. Seth has to roll through the Phoenix splash and gets caught with the shotgun dropkick in the corner.

The Coup de Grace is broken up with the superplex into the Falcon Arrow for two more and both guys are down. Seth’s frog splash hits the knees though and Balor rolls him up for….two apparently but here’s the Bar to interrupt. The brawl is on at ringside with Anderson and Gallows fighting the Bar until Balor hits a flip dive to take all four out. Another kick to the head sets up the Coup de Grace but Rollins rolls away. Cesaro’s distraction allows Jordan to trip Balor and Rollins hits the curb stomp for the pin at 15:18.

Where has this thing been? 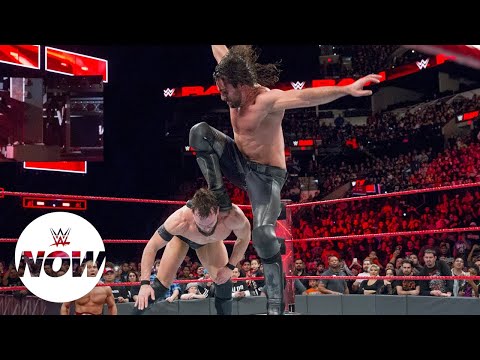 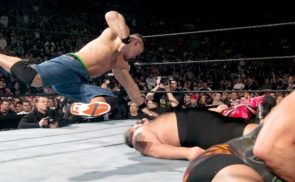 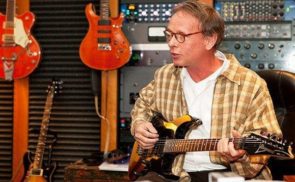 Jim Johnston Discusses Why He Was Fired From WWE