The champ is aching. There are only a handful of wrestlers in the world today who are the top stars in their promotion. These are the kind of stars who are going to be the major focal point of their shows most of the time and that is because there is no one like them. It can be rather difficult to replace them if something happens, and now one of the bigger stars in the world is not doing so well.

According to the Wrestling Observer Newsletter, AAA, AEW and Impact Wrestling World Champion Kenny Omega has been dealing with a variety of injuries. However, Omega has been undergoing stem cell treatment and PRP therapy and is doing much better. Omega’s injuries include a “deep” bone bruise near his tailbone, an athletic hernia and banged up knees.

Omega works a heck of a schedule. Check out some of his recent matches: 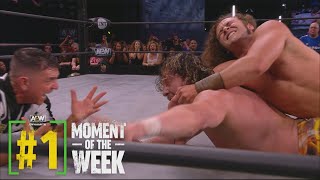 Was Jungle Boy Able to Fulfill His Destiny Against the Champ? | AEW Saturday Night Dynamite, 6/26/21 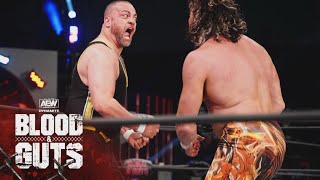 Did Jon Moxley and Kingston Get Their Revenge vs Kenny Omega and Nak? | AEW Blood & Guts, 5/5/21

Opinion: I’m not at all surprised that Omega is banged up as he has wrestled a very hard hitting and intense style for a long time now. That is going to catch up with you at some point and there is no way around it. Hopefully Omega can stay healthy enough for a long time to come, as he is a pretty important part of the wrestling landscape at the moment in more than one company.

What do you think of Omega? When will he drop his titles? Let us know in the comments below. 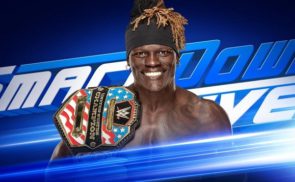