Keep them coming. We are less than two days away from AEW’s Forbidden Door event. The show will see AEW and New Japan Pro Wrestling stars face off in a series of matches, most of which have never been seen more. The card is stacked up and down and some of the bigger matches are looking quite interesting. There is a lot before the show starts though and that was expanded this week.

Two more matches were added to the Forbidden Door Buy-In show this week on AEW Rampage. First up, Keith Lee and Swerve Strickland will face off against Suzuki-Gun’s El Desperado and Yoshinobu Kanemaru. In addition, the Factor’s QT Marshall and Aaron Solo will meet Chaos’s Hirooki Goto and Yoshi-Hashi. The Buy-In show airs Sunday at 7pm EST before the show officially begins at 8pm.

Opinion: This show is going in all kinds of directions and I think that might be a good thing. There are going to be a lot of different matches that fans have never seen before and it is nice to have that kind of variety on a show that is supposed to feel special. AEW has put in some effort to bring in the names and now if the show winds up working out, we could be in for a special night.

What do you think of the new matches? What match interests you the most all night? Let us know in the comments below. 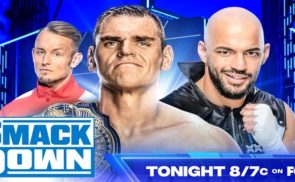 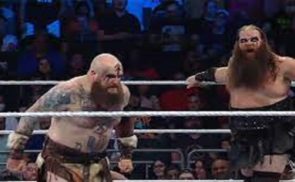