KB’s Review: We’ve All Been There

I think it’s safe to say that wrestling is one of, if not the most, unique forms of entertainment in the world. It is a mixture of action, drama, comedy, romance and more, all while being done live and (usually) in front of a live audience. That makes for one heck of a trick to pull off for a wrestling company as they not only have to figure out a way to get the fans to watch, but also to get them to watch again. There is a way to do that, but for some reason WWE has issues going in the direction. An exception was on display this past Monday.

There are several ways to build a story in wrestling. You’ll often see feuds about titles and the right to get a title match in the future, but those are not quite as great as they could be. How often do you hear commentary talk about how “this time it’s personal”? It comes up so often because it often makes for the most interesting feuds in wrestling. That was on display this week, and it worked for a reason.

This week on Monday Night Raw, Cedric Alexander was officially announced as the newest member of the Hurt Business. In an expanded version of what he said the previous week, Alexander said that he turned on Ricochet and Apollo Crews because he was tired of being broke and taking the beatings. Now he was joining the team that gives out the beatings and getting paid. Ricochet said that they didn’t want Alexander back, because now they wanted to give him a beating.

This was one of the best parts of the show and it worked because they didn’t try to do anything stupid. We got an explanation (read as: they didn’t say “I don’t owe any of you an explanation.”), what they said made sense and they followed it up with a match where Alexander beat Ricochet with the assistance of his new friends. In other words, they went with what they should have done instead of something stupid that would have made the whole thing a waste of time.

And so it starts:

So why did this work so well? As usual, it’s a rather simple idea that WWE doesn’t seem to understand how to follow. Alexander turning on Ricochet and Crews worked because people can relate to it. Over the years, everyone has been betrayed at some point. It is one of those things that people have to go through at some point in their lives and it hurts every single time.

In other words, people can relate to it and they are going to relate to Ricochet and Crews. They were betrayed and fans are going to want to see them get their revenge, both on Alexander and the people who drove Alexander to turn on them. Fans are going to latch on to something like this and if things go well, that is going to be exactly what happens. The people involved are now humanized a bit, which is where WWE misses the boat far more often than they should.

If there is one thing that WWE rarely gets right, it is sounding like they know how humans function. Be it their promos (NO ONE TALKS LIKE THAT!), their segments where they have the most convoluted reasons for anything happening with the most amazing timing ever, or stories that are built around things like corporate ideas like job evaluations or “moving into the title hunt down the line” or whatever other nonsense they have, WWE needs to work on being able to have things that the average fan will connect to.

I’d be annoyed too:

This isn’t a hard concept. It’s as simple as just appealing to fans’ emotions and talking about things that they have dealt with before. For some reason WWE feels the need to make things more complicated (and often more corporate) than they need to and it causes more problems than it solves. Fans want a reason to care about these people and what they’re doing, but for some reason WWE would rather try to make themselves sound smart (no, they aren’t going to win an Emmy no matter what they do) rather than doing what makes them money.

Remember back in the days of Hulk Hogan? As great as he was with his incredible charisma and knowing how to work the crowd into a frenzy, one of the biggest reasons he worked was the All American idea. Who isn’t going to be able to relate to that in some way? Hogan talked about how this is America and he was going to stand up for the values that made this place great. It’s appealing to a very base instinct and Hogan did it as well as anyone ever has.

Or then there’s Steve Austin, who was summed up perfectly by Jim Ross: “Who hasn’t ever wanted to beat up their boss?” Again: easy concept, something fans can relate to and something they were allowed to do vicariously through Austin. And low and behold, Austin becomes the biggest star in the history of ever and makes the company a crazy amount of money at the same time.

I think you’re starting to get the idea here, because you’re a rather intelligent person and not someone who needs to have a concept hammered into your head like the imbeciles that WWE seems to think that you are. Fans are going to want to have something interesting that they can connect to, but WWE would rather go with something that treats you like someone beneath them. Instead of watching a show and getting into the stories because they are something you like, you are looking up at these high brow wrestling ideas, which may or may not even make sense in the first place.

Taking it away from WWE, look at AEW with the collapse of the Elite. The whole thing comes from a bunch of friends having one guy in Hangman Page who isn’t acting like he should, mainly because he is too busy drinking. Then Page tried to help someone else because he wanted other friends but they just used him, leaving Page as a man without a dressing room because he did something stupid and is all alone.

The fight is on:

Say it with me: it works because fans can relate to the concept (maybe not the idea of the Young Bucks being all annoyed and trying to look intimidating or Kenny Omega sounding like….whatever he is who is impersonating a human) of having friends betray them and wanting to see the fallout. The story has been one of the most well received stories that AEW has presented so far and it is hardly a surprise given how the story has been set up the whole way through.

While it might not be the same level of in-ring quality, the Alexander story is the exact same idea and it worked rather well this Monday. I have no idea if it is going to work going forward (as WWE does not exactly have the best track record in following up) but at least they had a good jumping on point. Keep up with that idea and don’t get too heavy and we should be in for a good story.

Wrestling fans like seeing things that they never get to see otherwise, but they also need a reason to care about it. Things like betrayal of a friendship is a great way to present a story (Hogan had a ton of them) and that’s what we got on Monday. Now just find a way to keep it up and WWE can make some money instead of making people relate to something else. 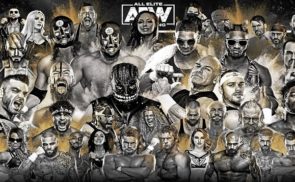 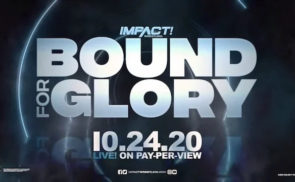