The wrestling stories of the year so far have been all of the roster moves taking place. There have been all kinds of WWE moves and changes throughout the year, mainly due to a series of releases that have trimmed off all kinds of wrestlers from the company’s ranks. A lot of those wrestlers have moved on elsewhere, but WWE is not the only promotion to be making some moves. AEW has made some changes of their own, and now they are stealing some headlines of their own with a pair of potentially huge moves.

Last week, rumors began to circulate that both CM Punk and Daniel Bryan had either come to terms with AEW or had already been signed to the company. Either way, it seems pretty likely that at least one of them is going to be showing up, probably either in Chicago or in New York at Grand Slam. So what does all of this mean for AEW and both Bryan and Punk going forward?

For the sake of simplicity, we’re going to assume that both of them have signed and will be debuting for AEW In the near future.

First and foremost, this gives AEW headlines. Ignoring any and all of the benefits of Bryan and Punk’s abilities in the ring, having the two of them join the roster is going to get people talking. Punk and Bryan are two of the biggest wrestling names in the world today and have succeeded both on the independent scene and in the major league of wrestling. They have name recognition, star power and the ability to make an impact. AEW is getting a coup by signing both of them and that is what they’re going for.

AEW has a lot of wrestlers on its roster and outside of one or two (as in Chris Jericho or Jon Moxley), none of them are going to feel as important as Punk and Bryan. There is a great value in star power, as fans are going to see big names that they recognize and want to watch the show as a result (at least in theory). Punk and Bryan are instantly two of the biggest names the company has to offer and are going to be listed in various advertisements and material about AEW, as they should be.

Punk and Bryan will also give AEW more options with their main events. AEW has done a nice job of moving some wrestlers up, but at some point you need to restock the shelves. While there is no guarantee that they will do so, AEW could put Punk or Bryan into the World Title scene (or any scene for that matter) and have them fit right in. That is a luxury that a lot of promotions do not have and AEW is going to be getting two of them at the same time.

Finally, and near the top of the list of importance in some circles, these are not even close to what would be considered WWE rejects. In this case, these guys rejected WWE. Punk famously walked out on the company seven and a half years ago and Bryan was never let go in the first place. Bryan’s contract expired and he was allowed to go anywhere he wanted. Where did he go? AEW, and that is the kind of thing that they can brag about for a long time to come.

Now let’s look at the two of them on their own, starting with Bryan. This is the simpler of the two cases, as Bryan is AEW’s version of Kurt Angle jumping to TNA in 2006. Bryan wrestled in a World Title match at WrestleMania 37 just a few months ago and even headlined the show. Then he went on to have a classic against Roman Reigns on SmackDown and left on a pretty high note. Bryan isn’t someone who was forgotten by WWE a long time ago and is living off of his past accomplishments. He was a main eventer this year and his most recent match was for the Universal Title.

In a word, Bryan is beloved. You will not find many wrestlers who receive such nearly universal praise and that is the kind of person that AEW would love to have around. Bryan had his magical WrestleMania moment several years ago, then went on the shelf with a string of horrible injuries. His comeback was amazing as well, but then he wound up becoming an awesome heel World Champion who put Kofi Kingston over as well as could be imagined. The YES chants along are enough of a reason to have Bryan come in, even if he might not be able to use the idea.

Last but certainly not least, Bryan can still more than deliver in the ring. He is still one of the best technicians in the ring and AEW offers a long list of fresh names for him to face. Bryan does not need to wrestle every week or anything close to it, but he can face a select list of opponents and make them look better than they would be able to on their own. That is a crazy valuable asset to have and AEW is going to know how to handle that, even it if means Bryan working with some of their lower level guys.

Now we get to (arguably) the big one with Punk and a lot of that is because of what we haven’t seen. Punk is the one that got away from WWE as he was sick of what was going on and walked out, never to be seen a….well for about seven and a half years it seems. Punk has since become a pretty awesome Twitter commenter and popped up on WWE Backstage in something that didn’t really go anywhere after his first (awesome) surprise appearance.

Ever since he left, Punk has been the ultimate “what if” as WWE, and other promotions, have been seen as possible return locations. The big difference is that he has not shown up anywhere so far and that builds his legend even more. This time though, it seems that a company has finally gotten him, which makes AEW look that much different. Punk was a top star in WWE and now he is going to be a top star in AEW as well, which should make things rather interesting in a hurry.

Then you have the two big options: Punk getting in the ring and Punk talking. Starting with the less appealing one, Punk was more than good enough in the ring, but it took the right kind of opponent to bring out the best in him. Punk has since been gone for seven and a half years and is going to have a lot of ring rust, but if he can even have a decent match or two, he should be fine enough.

That leaves us with the big one: someone handing Punk a microphone and telling him to talk. This is going to have people talking about the Pipebomb promo and various other things Punk has said over the years, which is exactly what AEW is going for. Punk can talk with anyone and if he can get in there with a few great lines to pop the crowd of talk about how great AEW is, he is going to be more than worth his weight in gold. This is more important than his in-ring work and that is going to shine a lot more in a wrestling centered promotion like AEW

These two signings are going to open a lot of doors for AEW, with the debuts, the first matches, the first promos, and the general star power that comes with them being worth the money and effort. I’m not sure how much success Punk and Bryan will have (though they should be good), but just being there in the first place gives AEW all the positives, as they are getting two of the all (time) elite names. 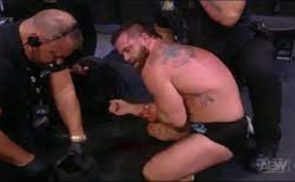