KB’s Review: They Came, We Saw, They Were Fine

I don’t think I’m really offering up any surprises when I say that the League of Nations isn’t going to be around much longer. After their recent issues including King Barrett being tossed out of the group and all three members losing this week on “Monday Night Raw”, it’s pretty clear that the team is on its last legs. While some people seem to think this is anywhere from a waste of time to great news, one thing should be clear: the League of Nations did exactly what they were supposed to do and accomplished exactly what they were designed to do.

Let’s start with that last part: the reason the team debuted in the first place. The League formed on November 30, 2015 or about five months ago. Eight days prior, Sheamus had cashed in his Money in the Bank briefcase to become the new WWE World Heavyweight Champion. On November 30, he defended the title against former champion Roman Reigns and was saved by Rusev. The team (Sheamus, Alberto Del Rio, Rusev and King Barrett) formed immediately after the match.

In other words, the team existed to help keep the title on Sheamus. After Reigns defeated Sheamus for the title a few weeks later, the team became a group of people for Reigns to run through while also doing the Authority’s dirty work. This went along fine until Reigns moved on to fighting the Authority, leaving the League to feud with the New Day, who they beat at “Wrestlemania XXXII”. That was pretty much it for the team as they’re on the verge of splitting up.

So where did the League go wrong? They did everything they set out to do while having Sheamus as World Heavyweight Champion and Alberto Del Rio as two time US Champion. Yeah they lost the Tag Team Title matches but other than that they did almost everything they were supposed to do while having some decent levels of success. This is where I feel people lose track of things: what else were you expecting from these guys?

Was anyone expecting the League of Nations to be on the same level as a group like the NWO or DX or the Four Horsemen or even something as big as the Nation of Domination? No, because the League of Nations was clearly designed to give four guys something to do for a little while. They were a bunch of upper midcard guys who were thrown together and they won a few titles along the way. Why does it need to be anything more than that?

This is where some people seem to miss the point a lot of the time: sometimes there are wrestlers, ideas, stories or stables that are nothing more than there for a short while before they’re wrapped up. In this case, the League of Nations fulfilled their purpose and now the members will split up and do something else, likely around the same level that they were at before the team formed in the first place. What people need to understand is that’s not a bad thing.

Let’s take a look at what the people involved with the team were doing before the team came together.

Sheamus – In way over his head as World Heavyweight Champion after months of being an upper midcard heel.

Del Rio – US Champion and a solid midcarder who was feuding with no one in particular.

Rusev – Fresh off the mostly loathed love rectangle thing with Dolph Ziggler, Lana and Summer Rae. Being a goon in an international stable was a step up at this point.

Barrett – Doing nothing, as has been the case for a very long time with him.

Other than Barrett who is likely out of the promotion at this point, what else would any of these people be doing once the group is gone? None of them are going to be anywhere near the top of the card and none of them will be challenging for anything more than a midcard title in the near future. All of the remaining members are going to be fine and the team is going to be forgotten inside six months.

That’s the other big point: the League of Nations didn’t mean anything and is something that came and went within less than six months. By the end of this year, they’re going to be little more than a footnote and something that people don’t remember nearly as badly as they’re thought of now.

The team won titles and even had a big win at “Wrestlemania XXXII” over the hottest act in wrestling. Given how little the Tag Team Titles mean, I’d easily argue that the win over the New Day and the post match segment with Steve Austin, Shawn Michaels and Mick Foley meant a lot more than winning the Tag Team Titles, especially given how fast they likely would have lost them right back.

I know a lot of people have said that the League getting beaten down by the group of legends is a bad thing but it really should be seen as more of a good thing for the team. Yeah they got beaten down, but how many people are going to remember that compared to anything they do in the ring? They’re not exactly a memorable stable in the first place but at least now they have a memorable moment.

At the end of the day, not every stable can be as great of a unit as the rest. Not everyone can be the Freebirds or the Hart Foundation or the Dungeon of Doom (Yes I said the Dungeon of Doom, which was a very underrated stable. They stopped Hulk Hogan’s WCW World Title reign after the Horsemen couldn’t pull it off in a full year.). The League of Nations is a stable that fits into this category: they came, they went, and they did exactly what they were supposed to do before suffering the exact fate that people expected them to eventually reach. 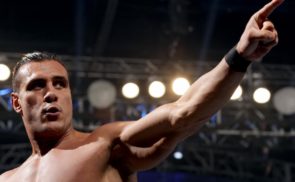 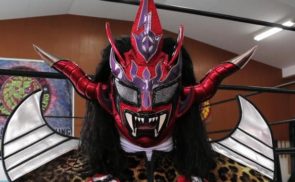