KB’s Review: The Role He Was Born To Play

Over the years, we’ve seen almost every imaginable character in wrestling. Sure you can see some variations on them, but for the most part there isn’t much new. We’ve seen the same ideas come and go for years and we always will. Unfortunately, the view among fans is that if something has ever been done before, it simply can’t be done again because it’s boring and repetitive. Today we’re going to take a look at why sometimes you need someone to do the same thing that has been done before and how valuable that can be.

Today is going to be primarily about one person. Consider Braun Strowman. The newest member of the Wyatt Family stands 6’8 and weighs nearly 400lbs. A former strongman, his offense basically consists of no selling, choking people out, and a kind of spinning Big Ending. He’s been built up (as built up as you can be in eight days) as an unstoppable monster who is going to be Bray Wyatt’s new muscle in the Wyatt Family.

Now, Strowman is certainly not an original character. Over the years we’ve seen this kind of monster in the forms of Zeus, Big Bubba Rogers, Meng and arguably even the Great Khali among others. However, there’s a reason that this same trope of a character keeps coming up over and over again throughout the years: it’s an idea that works.

The Wyatt Family already had a muscle man in Luke Harper. The guy is big, strong, an athletic freak, and far too similar to a lot of wrestlers. He does suicide dives. So do Daniel Bryan, Seth Rollins and Dean Ambrose. He can throw superkicks. So do Kevin Owens, Dolph Ziggler, Rusev, Paige and Seth Rollins. Harper has a great look, but there are people on the roster who can do the same things he does and in most cases, do them better.

This presents one of the more annoying things in WWE at the moment: so many people do the same things over and over that they really lose their impact. Why should I care about seeing Harper (or anyone for that matter) do a superkick when I’ve seen three other people do that move on the same very show? It makes the matches and in ring work feel repetitive instead of letting anyone stand out.

That repetition of style is what makes someone like Strowman stand out. Strowman’s character and style work because no one is doing something like that at the moment. Sure there are other strong guys but Big E. is an over the top comedy character who wants to save tables and Mark Henry is such damaged good that no one is going to buy him as a threat to anyone.

The fact that Strowman has been built up as a monster means that his destiny is almost set in stone: he’s going to be dominating everyone for a long time until someone finally takes him down. Once that happens, his character is going to need a major retooling or he’s going to fall down the ranks like a stone through water. Again though, this isn’t a bad thing.

Strowman is a role player with limited upside. However, that doesn’t mean he can’t play his role very well in the meantime. Look at what he did to Ambrose and Reigns. Ambrose was launched around the ring like a doll and Reigns’ best stuff has no effect. It gives both of them a new monster to fight and means that they might have some adversity for a change. That’s what Strowman is supposed to be: a boss that Reigns and Ambrose have to defeat before they can get to Wyatt himself like they ultimately want to.

What people often forget is that there’s nothing wrong with being a role player. Not everyone is going to be a main event level star and it’s normally a disaster when someone tries to be something they’re not. Imagine someone like Heath Slater challenging for the WWE World Title. No one would believe it because that’s not the kind of role Slater is made for.

If you would like something with some historical accuracy, consider Jeff Jarrett. Jarrett is someone who gets a lot of flack for being a horrible main eventer and there’s a reason for that: he isn’t a main event kind of guy. Over the years, Jarrett never really showed himself to be much more than a solid midcarder and a reliable hand in the ring. He had a hot feud with Chyna over Jarrett being a chauvinist and then he was off to WCW.

Once there, he was almost immediately thrust into the main event and the fans were almost immediately praying for a meteor to crash into WCW so they didn’t have to be bored by Jarrett’s title hunt. Jarrett simply did not work as a main event star on any level. He wasn’t interesting, his matches weren’t worth seeing and the whole thing was a wreck. Why is that you ask? Again: because Jarrett didn’t fit the part they wanted him to play.

Getting back to Strowman, he’s probably never going to be the World Champion and he’s probably never going to be much more than a muscle guy. What he will be however is a good enforcer who can create a diversion for someone and act as a roadblock between whoever he’s working for and the hero chasing him. That’s a valuable person to have and someone who can make for an entertaining match.

The key thing to remember is that not everyone is going to be John Cena or Randy Orton or Seth Rollins. At the same time, not everyone is going to be Mark Henry and have a twenty year run with the company because he’s strong. Someone like Strowman has a pretty limited shelf life on paper, but that’s much better than having no shelf life at all and never making it out of the indies.

Finally, Strowman needs to stick to the kind of offense he’s using now. Sure, he might be physically able to do something like a superkick or even a suicide dive, but a bunch of people are already doing that. However, a bunch of people can’t look like Strowman and throw opponents around like him. Something WWE needs to do is stop trying to make everyone one size fits all. Let someone who looks like a monster and works like a monster be a monster and stop trying to make them what a professional wrestler “should” be.

The key to this whole thing is simple: not everyone can be the same character who is shot up to the top of the card. While it’s a nice idea that every wrestler on the roster could be the World Champion at some point, it’s also very important to have someone who is there as a monster and nothing more. Someone like Strowman is there to fill in a role and people in those roles are often overlooked, despite having several valuable things to add to a show. 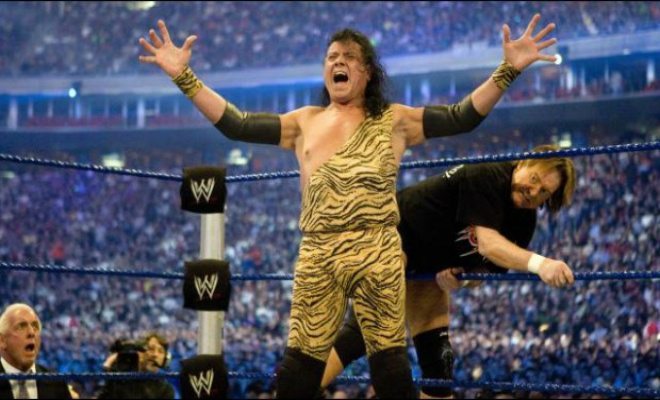