Wrestling is the kind of entertainment where you can set something up far in advance because you should (emphasis on should) know where things are going way down the road. A wrestling company should know where things are going in both the near and fairly far future, which can make some moments that seem to come out of nowhere make a lot more sense in long form context. That was on display last week, even if something changed this week.

Last week on SmackDown, Monday Night Raw’s Drew McIntyre made a surprise appearance on the show and confronted Universal Champion Roman Reigns. The two of them had a showdown and you could feel the tension and energy between them immediately. You had the top heel and the top face (granted not the biggest list in the world at the moment) in the company staring each other down and teasing something down the line. While things have accelerated since then, WWE was doing something important at the time and that’s what we are looking at today.

One of the more important things to do in wrestling is planting seeds for something in the future. Despite WWE’s philosophy of booking things at the drop of a hat and coming up with the show an hour before the show gets going, a lot of good can be done by setting something up weeks, months or sometimes even further in advance. It offers quite the level of benefits, many of which can enhance a match or program in ways that few other details can. There are even different ways to set it up, some of which are more direct than others.

The idea of the segment was as obvious as it seems: you see a small previous of something and it gets you interested in seeing the full thing. It’s the trailer of wrestling (but it doesn’t make you wait twenty minutes for what you actually paid for by having you watch a bunch of stuff you might get excited for at first but have no realistic plans of actually paying for in full later) and if something is set up properly, it might as well be a license to hand over your money now. You can do these things on different scales, each of which can work out just fine.

That’s one way to go:

Let’s start with what happened on Friday. McIntyre showed up and got in Reigns’ face, which no one has done since Reigns has become the super monster final boss villain. Since Reigns has become champion, he has fought Jey Uso and Braun Strowman, neither of whom exactly had the masses believing in their chances. McIntyre instantly felt different because he is different. He’s someone who could conceivably beat Reigns, meaning there was some built in drama.

The rest of the segments between the two of them were even more to the point: Reigns got annoyed at the lack of respect and sent Jey Uso in to go after McIntyre, who dispatched Uso without too much trouble. Then they had a showdown, with Reigns saying go win the WWE Title and come get a shot at Reigns himself. As luck would have it, McIntyre would be challenging WWE Champion Randy Orton just three days later, meaning that this match, one of the few truly big matches available for WWE at the moment, was an actually possibility.

Then Monday came and McIntyre won the title, meaning that the match with Reigns was actually on. I know that’s quite the fast turnaround and it’s quite the hotshot booking style, but WWE set something up and is now giving it to us. Now in theory that is the kind of thing that you might want to save for WrestleMania or something, but given how things have been going for WWE as of late, you kind of have to take what you can get. What else could you do? Well there’s another extreme to try and it has worked out rather well too.

Sometimes waiting a long time can make a match feel that much more important, which can make it quite the must see moment. Case in point, WrestleMania 28 with John Cena vs. the Rock, which was advertised about a year earlier, on the Monday Night Raw after WrestleMania 27. That was a year of build, which is hard to do in any era and almost impossible to imagine in modern wrestling.

While the match was always going to make a fortune just based on the people involved, there was something so special about having to wait that long. I didn’t believe they would actually make us wait a full year for the match but that’s exactly what they did and it worked like a charm.

During the build, I reached a point where I realized something about the match: I didn’t know if it was going to be good and I didn’t know if it was going to be bad, but I knew I had to see it. That is not the kind of feeling that you get to have very often and it made things all the more special. WWE set something up and made you feel like you needed to see it because by the time the match was happening, there was so much pressure and so much hype that it was absolutely must see television. The fact that the match was awesome was just a bonus. WWE had gotten you interested and had your money, which is all they needed

Then there is the more direct approach:

Those are the more extreme cases though and not something you can do with every possible match. You also have the option of doing something simple, like making a statement that might be used to set up something later. This is where the power of long term planning can come into play. You can plant a seed for something that has not happened yet or even for a match involving someone who has not even made their debut.

It’s as simple as having someone say something and then tying it into something later on. Back in 1997, Undertaker mentioned the name Kane and then a few months later, he showed up. By saying his name and making you know that Undertaker had a brother out there somewhere, there was a chance that you could see him someday and that is an exciting feeling to have.

By the time Kane finally debuted, he had already been built up in fans’ minds and then you actually got the payoff of seeing him in person. This is where commentary can come in and play a very important role, because believe it or not they do have a job beyond promoting whatever WWE is hyping up at the moment (or having pointless arguments that only Vince McMahon finds funny). Think back to the famous line of THAT’S GOTTA BE KANE.

Then there’s this kind:

Sure the fans probably knew who it was if they thought about it, but this wasn’t the kind of segment where you were likely to be thinking. Commentary saying those four words brought everything back to the point that they were going for and it told you where you needed to go. Fans knew who Kane was, but just hearing it at the same time you saw him made the whole package come together.

Wrestling is a sport, but it is also a form of entertainment, meaning that the company has control over what they set up. That means they can lead you in a direction that they choose, but for some reason WWE only does it on occasion. For some reason they only do it every so often, which is a shame because when they plant the seeds, things tend to grow. 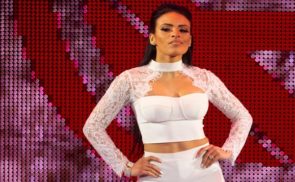