KB’s Review: The Next NXT

Things are getting interesting again in the wrestling world but there is only one thing to talk about this week. In what might sound like old news, NXT has undergone a bunch of changes, though this time it is more than just a bunch of releases (which is the case again, though only Bronson Reed should be a real shock). There are some much larger changes afoot though and today we are going to be taking a general look at them, as they seem to mean the end of the current style of NXT.

If you have read my work at any time in the last eight or so years, you know that I have been a huge NXT fan for a very long time now. For my money, at its peak, NXT was as good as any wrestling show going for at least the last few decades. It was must see for a wrestling fan with the matches, promos, segments stories and more all hitting on almost every cylinder. It felt like what a good wrestling promotion should feel like and it was some of the best stuff I have ever seen week to week.

Then things started to change. The debut of AEW Dynamite in October 2019 saw NXT expand to two hours and go head to head with NXT, as the show expanded to double its usual hour long runtime. The old style was starting to shift a bit as the call ups to the main roster became fewer and further between and the show started to feel like the yellow version of Monday Night Raw and SmackDown.

In short, this did not go so well for NXT as Dynamite won most of the battles in the Wednesday Night Wars (Sidenote: Dynamite did not destroy NXT or really come close to it and NXT was far from a failure. NXT was beaten, but suggesting that it was Monday Night Raw vs. Monday Nitro in the last years all over again is nonsense and always has been. Dynamite won but NXT was close most of the time and was never a disaster.), with NXT ultimately moving to Tuesday nights. That did not sit well for Vince McMahon, and that is where things sit at the moment.

In addition to the cuts last week, news broke that WWE was going to be changing their hiring practices in NXT. To keep it simple, the idea now is that new signings are going to be taller and younger, as apparently WWE thinks that they have far too many people who are older and smaller. In theory, this means that the television show will be more like the original days of NXT at Full Sail University, focusing on lower level and younger wrestlers on their way up towards the main roster. The changes haven’t quite started to show up on television, but the hiring practices seem to have changed.

I’m really not sure where to start with all of this. First of all, it is clear that something has needed to change in NXT. The show, while still good, has definitely lost a lot of the spark that made it great in the first place. NXT has not felt like its old self for a very long time now and it was not going to get better continuing down the same path. But what caused everything to go downhill?

For me, it all started going in the wrong direction when Adam Cole’s NXT Title reign just would not end. In addition to his far too long title changes, it was that Cole was not losing the title and then moving up to the main roster. The same was true of people like Johnny Gargano and Tommaso Ciampa. Rather than moving up as had been the case with every other top NXT star, the top names just kept sticking around while others got the promotions instead.

It felt like everything was stuck and you wouldn’t be getting the kind of turnover that you saw in the glory days. For lack of a better term, NXT felt like it had gone corporate and was now part of WWE as opposed to its own thing under the WWE banner. You were no longer on the way up to the main roster, but rather someone who was in NXT for the long term. That’s all well and good, but it might not be the most exciting thing. You were officially part of the lowest of the three brands and there wasn’t much that could be done to get yourself up to the next level.

At the same time, NXT started getting a bit too serious. There were still comedy angles and fun characters, but it felt like NXT was there to do a job. NXT was supposed to be beating Dynamite and if it didn’t, then things were going wrong. It felt like NXT was trying to reach a set goal rather than just seeing how far they could get. This NXT was no longer about having fun and putting on entertaining shows but rather beating a show that came in with a lot of advantages. The pressure was showing and it weakened what we were getting every week.

The other issue was the NXT roster, and something that the changes could go a long way in fixing, is the amount of people they had of similar size and styles. How many average (or slightly below average) sized wrestlers who did a bunch of dives does NXT have? You can do those things very well, but if you are doing something similar to the another half dozen or more people on the roster, nothing about you is going to stand out. How can you feel like a major star in WWE if you are one of so many people on NXT?

That’s where things need to be mixed up a bit: rather than hiring the indy darlings, or hiring every independent wrestler who has shown even the slightest bit of potential and promise whatsoever, it might be better to tighten things up. One of the problems in WWE has been the insanely bloated roster.

There were just WAY too many wrestlers signed to the company, many of whom seemed to just be there because WWE didn’t want anyone else to get to them. There have been nearly 100 wrestlers let go from the company in the last year and a half. How many of those wrestlers have been in the main roster midcard or above? If you can cut that many people and barely touch the middle of your roster, you have FAR too many people in your promotion. In other words, you have hired too many people and something needs to be adjusted.

Therefore, it would make sense to bring in a different style of wrestler, but being much more meticulous about who is signed. Some bigger, stronger wrestlers would be a nice change because you don’t see too many old school power guys in NXT. At the same time though, there is a chance that this is ultimately going to result in the same problem. If everyone you hire is a bigger wrestler, how different is it than having everyone be a smaller wrestler? They might be more appealing from a looks perspective, but eventually the styles are going to get boring and no one is going to be able to stand out. As usual, the solution is in the middle.

All in all, NXT needs some kind of a change, though I’m not completely sure if this is what they are looking for. The new hiring measures seems to be something designed as almost a catch all solution to the show’s problems. I have a hard time believing that a large group of fans are going to watch young wrestlers who are being groomed to move up to the main roster, which could cause a lot of issues for the show’s financial status going forward. What matters is that something is being done, but hopefully NXT finds out what needs to be next. 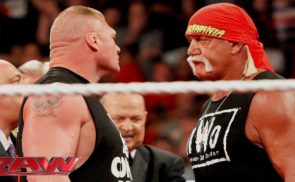 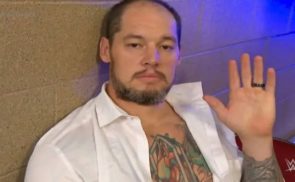