KB’s Review: Hey Look Over There (And There And There)

I was thinking about what to put together this week and went over the usual suspects. As you probably can guess, this meant going through the dumb things that WWE was doing at the moment and complaining about it a lot. This time around, that mainly meant how lame the King of the Ring and Queen’s Crown tournaments have been, but the more I thought about that, the less I wanted to think about those things. Instead, we’re going to look at some positive things, which means we’re getting away from the main roster as fast as we can.

Unless you haven’t been paying attention to WWE for a very long time, you probably know that Monday Night Raw and SmackDown are ok at their best and there is very little worth seeing about either show (that isn’t named Roman Reigns or a few other things here and there). There is good wrestling out there, but you just need to look at other promotions, or in one case, another country.

Wrestling is going rather well at the moment and there are multiple promotions worth seeing. This week we’re going to look at three of them, with Impact Wrestling, Ring of Honor and NXT UK (Yes it’s WWE but do you really believe Vince McMahon knows it exists?). Rather than breaking down each of them and looking at what they’re doing well or who they have doing what, instead we’ll be taking a more general look at what makes these shows so much easier to watch. There are a few things that they do well and it makes a difference.

The first major point that makes things so much better is that they don’t try to reinvent wrestling. There is nothing amazing or never before seen about the show, but rather a bunch of material that feels like it belongs on a wrestling show. You see stories that you are familiar with but also have enough of a twist to keep things interesting. Sometimes it can be nice to just see some classics, but having them well done enough that you want to see where they go.

Impact Wrestling is a great example of this right now. Look at the upcoming World Title match for Bound For Glory, with Josh Alexander challenging Christian Cage. You have the unbeatable Alexander against the biggest star in the company and it is hard to imagine Cage actually losing here. You have two people you can’t picture losing and now they are going to have a match, which in theory leaves fans wondering who is walking out with the title.

See how easy that is? No big concept, no fancy setup for the whole thing and no idea that you need a long recap to understand. It’s the kind of main event that feels like the old school, traditional style but with a modern twist. You don’t always have to reinvent the wheel, but if you can make the story you’re telling work well, you can get people’s interest because these stories still work.

Another reason these shows work is they seem to be planned out. Now there is a good chance that this has to do with the shows being taped in advance, but the end result is the same. If there is one consistent criticism of WWE (and there are several), it is that things feels thrown together. You rarely get the feeling that things have been set up in advance and are then executed, but it still does exist elsewhere (kind of).

The best example here is NXT UK, which seems to be following the NXT model. Every week, it feels like NXT UK has some kind of a goal and then sets out to accomplish it. You could have anything from the United Kingdom Title on the line all the way down to a #1 contenders match for the Tag Team Titles to a simple grudge match, but something is going to be taking place and NXT UK is going to make it work most of the time.

Above all else, it is a nice feeling to believe that this show has a plan. Watching the show makes you think that someone has sat down and come up with something with a goal in mind. The fact that they are able to make the shows entertaining isn’t even the point. Seeing shows that feel like they were written on a napkin ten minutes before they go on the air doesn’t do much for anyone but it feels like it has been the case for years. Instead, it’s so nice to have a show that feels like it was set up a month ago and now we are getting exactly what we are supposed to see.

That leaves one more point and it’s kind of a good one: you see some solid wrestling. Much like some of the other parts, you aren’t often going to see something that takes wrestling to a new level or anything really close to it. What you will get though is something worth seeing without a lot of the flash. It might not have all of the pomp and circumstance of WWE/AEW, but ultimately it is about what happens between those ropes.

As you might have guessed, this means it is time for a trip to Ring of Honor. It kind of makes sense that a promotion built almost entirely on in-ring work would have good in-ring work and that is what you get here. Ring of Honor rarely ventures into big storylines and that has allowed them to carve out a nice niche for themselves as one of the wrestling companies. It might seem like such an easy answer, but how many promotions are there who leave stories to a nearly bare minimum and instead focus everything on the in-ring product?

Right now, Ring of Honor has a bit of an obsession with factions fighting each other over and over. This can work out well in a lot of ways though, as you get to see so many combinations of good wrestlers. The company also has the Pure Rules division, which is meant to focus on technical wrestling, which never gets enough credit no matter what is going on. I know Ring of Honor has a reputation for not being the most impressive promotion at times, but they know what they’re good at and keep focusing on it.

These promotions are not perfect and there are a lot of things that they need to do to get better (like drawing bigger audiences). What matters for them though is they have a reason that fans should want to watch them. The three promotions often feel like they are at a lower level, but it isn’t like you are watching a local promotion run out of the back of a firehouse. You’re getting professional wrestling with some world class talent and they are able to do it without nearly as much in the way of financial investment or shiny production values.

I watch all three of these promotions regularly and while they might not be as good (and certainly not as sparkly) as Monday Night Raw or Dynamite, I come away from them with a nice feeling a lot of the time. You can feel the effort and the work that has gone into these shows and the people involved deserve a lot of credit for being able to do this as often as they do.

Mainstream wrestling is not great at the moment. There are more problems than the promotions know how to solve and that is going to be the case for a long time. Occasionally it is nice to strip away all of the insanity and just let something feel fun. These three promotions are fine examples of just that, even if you have to look away from the big time. 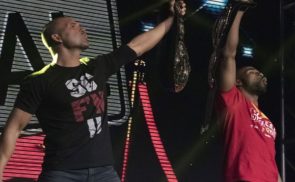 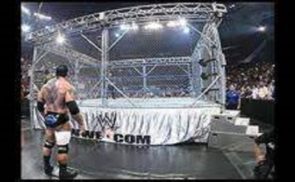