KB’s Review: They Go With Honor

So I was trying to come up with something to talk about this week and the best thing I could think of was the Monday Night Raw tag division. Yeah. As you might be able to see, this hasn’t exactly been the most thrilling week as far as top stories go, but then everything changed all of a sudden as I was getting ready, and now I think I have something to talk about.

On Wednesday, Ring of Honor announced that they were going on hiatus following this December’s Final Battle event. Following the hiatus, they will return with a “new mission”, but most of the wrestlers will be allowed to wrestle elsewhere as they will be released from their contracts. The plan is to come back with Supercard of Honor in April, though it is not clear who will actually be appearing on the show.

Now, you can use words like “hiatus” and “new” all you want, but there is one underlying reality here: Ring of Honor, at least as we know it, is gone. They might come back in April with a promotion called Ring of Honor, but you can guarantee that it isn’t going to be anything close to what it has been before. Ring of Honor is done and you need to enjoy the next six weeks or so, because that is going to be it for the promotion for all intent and purpose.

There is a lot to this one and I’m not sure where to start. First of all, it’s always sad to see any promotion, especially one that has been going for nearly twenty years (geez), going under. Ring of Honor has a long, deep history and a lot of wrestlers have gotten their real starts there. The company’s history is one of the most important in modern wrestling and it is sad to see it going out without any kind of a bang whatsoever.

When you think about Ring of Honor, it is hard to not think about ECW. The company debuted less than a year after ECW went under and tried to fill in the void of the non-major promotions focused on in-ring work. It took a little while to get going, but ultimately Ring of Honor managed to take that spot, even over the much more storyline heavy TNA. The company became a launching pad for a lot of wrestlers, much like ECW, but much not like ECW, they didn’t go into the hardcore scene, saving that for their bigger fights and showdowns.

While I won’t go into the full Ring of Honor history (because that would go on for a long time), what matters most is that it is the wrestling focused promotion. You were going to get a lot of emphasis on what happened from bell to bell, with characters and storylines being much more limited. That was the company’s identity and while it worked for a certain audience, it was rarely going to be able to hang with the major promotions. As a result, it was mainly a launchpad for wrestlers to go elsewhere, and there is almost always going to be a place for that.

That’s where things started to go off the rail though, as Ring of Honor had its identity but then started to lose it in a hurry. You can certainly argue over what caused everything to fall apart, but for me it was when the focus shifted towards the New Japan/Elite wrestlers, as the promotion became their big playground. For years, the company was built around making them look strong and the Ring of Honor wrestlers were just kind of there at the same time. The Ring of Honor roster was lucky to be able to hang against the big stars and at that point, what was left to excite the fans?

After that, it was kind of all downhill from there. The New Japan guys went back home and the Elite wrestlers went off to make AEW, leaving Ring of Honor with a bunch of losers and non-stars. In other words, it became the Jay Lethal Show, which is not the worst idea in the world as Lethal is quite good, but he doesn’t exactly scream top star. By that point, Ring of Honor was a zombie of a promotion and it would only get worse.

After all of the outsiders left, Ring of Honor was, again, in a similar situation to ECW. Once AEW and New Japan were doing the Ring of Honor style with bigger names and better matches (see also the Attitude Era in the WWF and WCW(ish)), what was the point of Ring of Honor? That’s where everything fell apart, because I don’t think anyone could ever give them an answer.

The last few years of Ring of Honor have not been their best, but their in-ring stuff has been quite good. Their weekly TV show was among the best around, as you would regularly get a good match or two, with just enough of a story to keep things going. The problem is that there was little to hook you in, and most of the matches would run together rather hard. I would always like watching the show (and still do to this day) but I wouldn’t remember what happened by the end of the same day.

So now that we’re more or less done, the question becomes who goes where. I won’t go through the whole Ring of Honor roster, but the speculation is going to get to run rampant. There are absolutely a bunch of names who would be highly sought after, and some of them are going to get some nice upgrades in either WWE or AEW. There won’t be a place for everyone, but you’ll be seeing some names again. Here are some of the main focal points and maybe some hidden gems (in no order):

Briscoes – These guys might have been the best team in the world at more than one point over the last fifteen or so years and they are the undisputed kings of the Ring of Honor Tag Team Titles. The problem is they have some baggage (Jay has said some things that would absolutely not be accepted) and I don’t know if the bigger promotions will touch them. They can easily be the kings of independent tag teams though, with singles pushes possible as well.

Quinn McKay – She hasn’t wrestled much in Ring of Honor but she could be the new awesome backstage interviewer for either WWE or AEW at the drop of a hat. She’s young, she’s good, she’s adorable and she can wrestle a bit as well. This should be one of the hidden gems and anyone would be lucky to get her.

Bandido – This guy is insanely good and if he isn’t in AEW or (less likely) WWE by the end of the year, it will be a shame. At worse, he’ll go back to Mexico and be a huge star, but being the reigning Ring of Honor and PWG World Champion is going to mean he can name his job without worrying about much.

Brian Johnson – Sometimes you need a talented wrestler who can make you want to punch him in the face because he will never stop talking. That’s what you have with Johnson, who is one of the most annoying heels who can back it up in the ring today. He’ll get a chance somewhere, and I could see that being in NXT or maybe Impact (with AEW as a long shot).

Soldiers of Savagery – These guys might be a project as well, but there is always going to be a place for two big, heavy hitters who can run you over without stopping to think about it. That is the kind of thing that could work anywhere and these guys are definitely going to get a look.

Dalton Castle – How this guy never got a chance elsewhere is beyond me. He has one of the most over the top entrances in wrestling, has more charisma than he knows what to do with and has a strong amateur background. If his back can handle it, Castle will get a shot, just for how over the top and flamboyant he can be. I hear NXT likes over the top gimmicks these days.

Matt Taven – I know he’s one of the most polarizing wrestlers Ring of Honor has ever had, but putting Taven out there as a midcard face could work very well. I’m not wild on his heel stuff, but he has found his niche in the last few years. Granted he’s 36 and has a history of injuries though, so some people are going to be hesitant. Impact could use him rather well though, just for some star power and a fresh batch of opponents.

I’m going to cut myself off there but I’m leaving off at least another six to ten people who could be brought in almost anywhere and have a fighting chance. Ring of Honor might not have had the top star power near the end but they had a lot of talented people who are going to get a shot. That could be the most interesting part out of all of this, though it’s sad to see people losing their jobs and having to start over, assuming they even want to at this point.

I can’t say I’m really that surprised that the promotion seems to be done. Ultimately, it was good, quality wrestling, but watching the shows with no fans for a year and a half and SO much of a focus on the stable wars and trying to find new stars has been rough at times. There is certainly an audience for Ring of Honor, but that audience does not seem to be big enough to pay the bills. You could feel that things were going downhill and now it seems that they have come crashing down.

Assuming this is it for Ring of Honor (and for the company we know, it pretty much is), there are going to be some excellent memories and one heck of a legacy. So many wrestlers came out of the company, including the foundation for what became AEW. Lasting nearly twenty years is no accident and while I’m going to miss the company, there is all kinds of material to look back on and absolutely enjoy. Ring of Honor was the wrestling focused promotion and you can certainly see its influence around the industry. It changed how modern wrestling works and that is going to be its greatest honor. 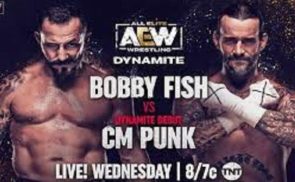