That’s an all star team. We are finally finished with Survivor Series weekend and it could not have gone much better for NXT. The show was part of the Survivor Series build for the first time ever and they wound up winning the whole thing in a pretty big upset. That win put NXT on a completely different level than they had ever been, though it only confirmed something all of NXT’s fans knew before: they have some incredible talent who can hang with the biggest and best on the main roster. But who showed off the best over the entire weekend?

That is what we are going to look at today: who came off as the biggest NXT stars over the three shows where NXT names appeared? That includes Friday’s SmackDown, Saturday’s Takeover: WarGames and Sunday’s Survivor Series. NXT wrestlers performed on each show (in one way or another) and some of them showed off a little bit more than others. So what does the future look like for NXT?

These are in no particular order, save for the final, and therefore #1, pick.

We might as well start with the biggest guy first. Lee was one of the last things that people saw on SmackDown (because the show ended early and they missed Ali’s big spot) when he squared off with Braun Strowman. The idea is something that has worked forever in wrestling: take this monster and put him face to face with another monster to see what happens. In this case we didn’t see anything, but the allure was there.

The spoils of war: 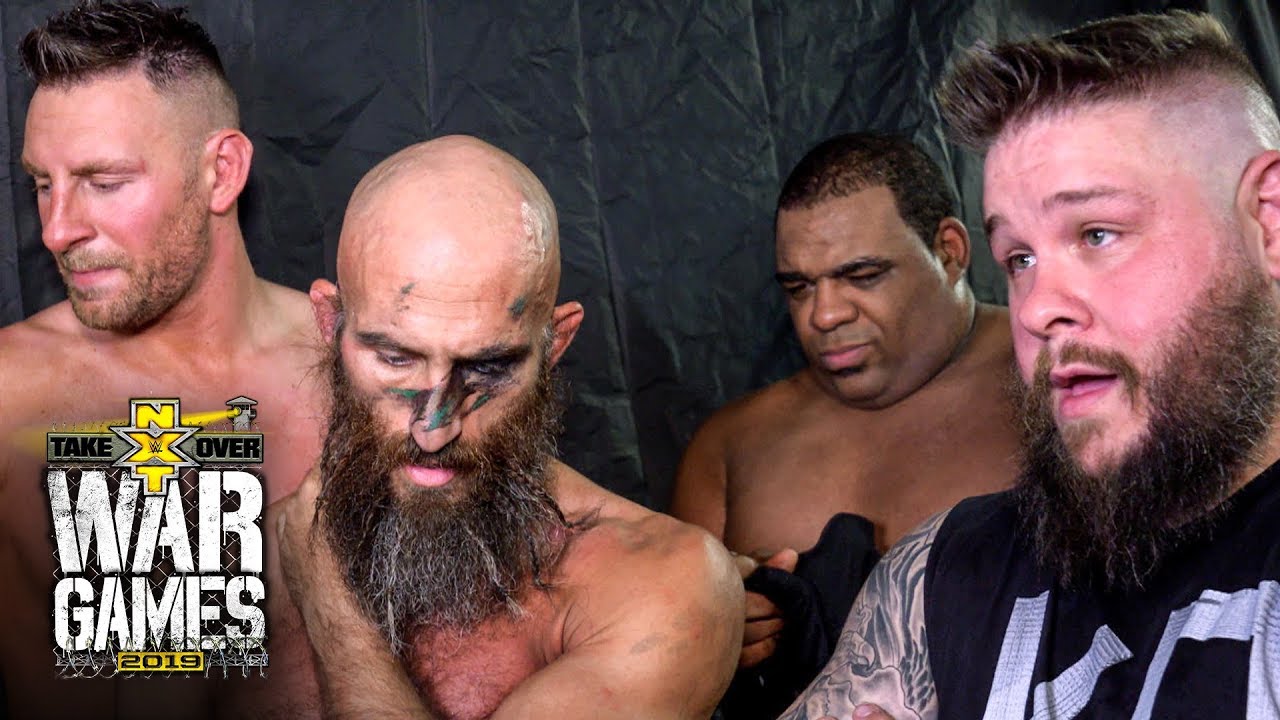 Skipping over Lee being a total monster inside WarGames, there was the big crowning achievement: Lee was the last man standing for Team NXT in the men’s Survivor Series match. Not only did it take Roman Reigns of all people to put him down, but Lee pinned Seth Rollins in the middle of the ring after hitting hit finishing move. Not after interference or cheating or anything like that. No, Lee hit him with a moved designed to earn a pin and then did just that. It made him look like a star and that was exactly the point.

Lee is an athletic freak and is going to be able to do whatever he wants in the ring because he can. That isn’t something you see very often and he makes things that should be impossible look easy. He’s going to be doing things like that both down in NXT and on the main roster for a long time to come, because that sort of thing just does not get old, no matter how long you’re around. This weekend was Lee’s coming out party and it was a very happy one.

This one might seem a little strange when you consider that she went to a draw in a fight with Bayley and was pinned at WarGames, but then she did something pretty big: won the main event of Survivor Series to secure the outright victory for NXT on the night. Not bad for someone making their main roster pay per view debut, no? 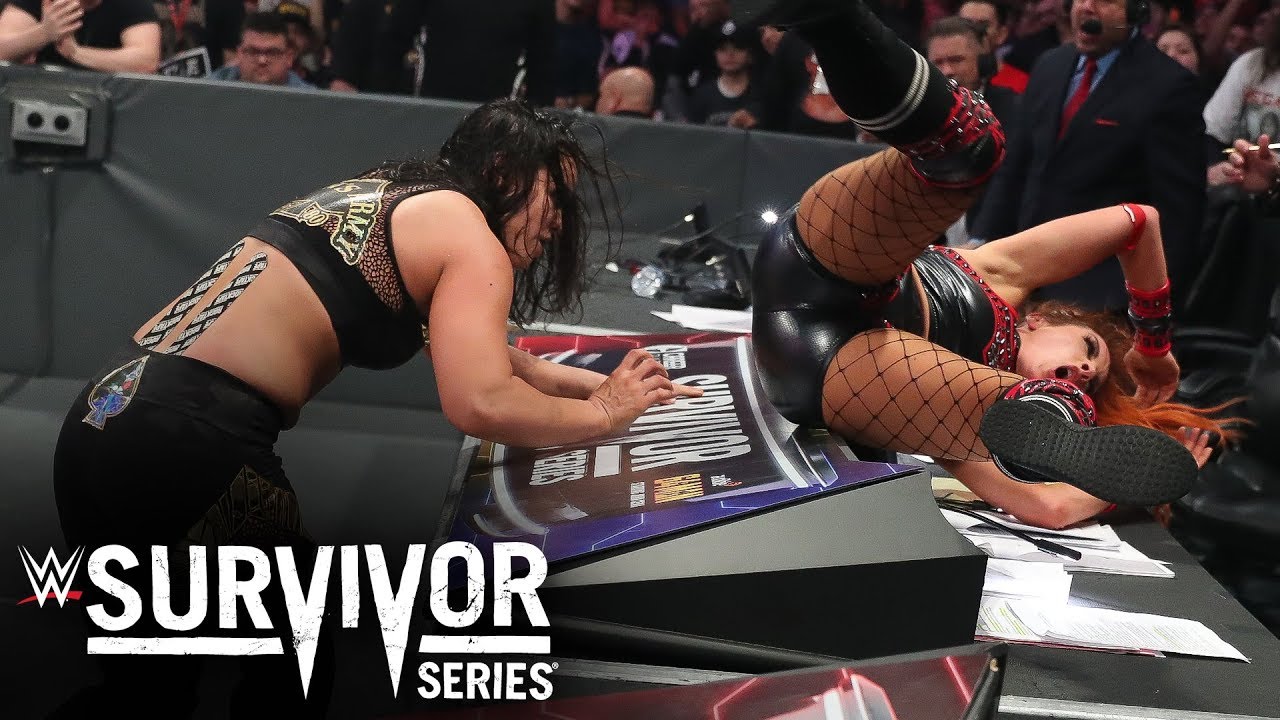 Baszler has long since proven that she can hang on the main roster. She has the in-ring skills to do a lot of things, but more importantly she comes off as confident. I know Asuka is the most successful Women’s Champion in NXT history because of the undefeated streak, but Baszler has now been Women’s Champion longer than Asuka as far as combined days are concerned. That might not be enough to surpass Asuka, but it puts her in the conversation and that is almost impossible to believe.

I don’t know what kind of success Baszler is going to have on the main roster (she is 39 years old and does not have anything close to the traditional look for a woman in WWE) but sweet goodness she is an absolute NXT legend and always will be. She comes off as someone who can back up everything she says and has the records and numbers to back it up. Maybe she goes to the main roster, but dang she has done a lot in NXT already.

At some point in your career, you have to move on up to the next level. Dunne dominated NXT UK with the ridiculous United Kingdom Title reign that it was clear he was the biggest star ever over there. At some point he needed to come on over to this side of the world and show what he could do. That has been slowly taking place and this weekend showed it in full.

Not bad for a young guy: 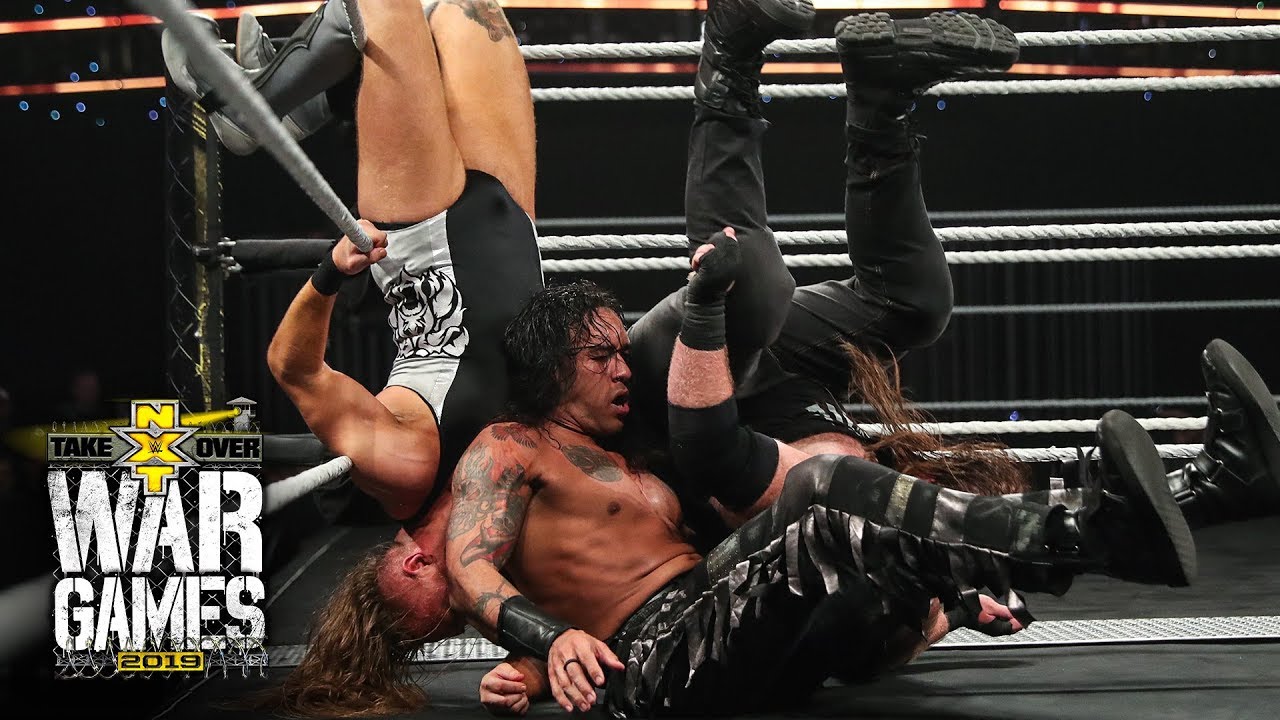 Starting on Saturday, Dunne won the triple threat match over two monsters to become the new #1 contender to the NXT Title. Then he had a war with Adam Cole to almost win the NXT Title, which you can almost guarantee that he’s going to do someday. The big thing that people talk about with Dunne is how young he is and….well yeah. It’s almost impossible to believe that he just turned 26 because it looks like he’s been doing this for fifteen years.

That’s why Dunne belongs on a list like this: he is the kind of guy who could be a top star for WWE for a long time to come and I’d be shocked if he isn’t. Dunne looks like he could take you apart and then does so to most of the people he faces. Let him showcase that down in NXT for a nice while and then put him on the main roster and see how far that potential can take him. I can’t imagine that has anything resembling a bitter end.

There are certain wrestlers who just have the it factor. It doesn’t matter what they’re doing or who they are in the ring (or out of the ring) against, but they command your attention. That is where Cole shines and it was on full display no matter what he was doing. Cole is the leader of the most powerful and successful faction NXT has ever had and he knows how good he is, which is a scary combination.

How is he still moving: 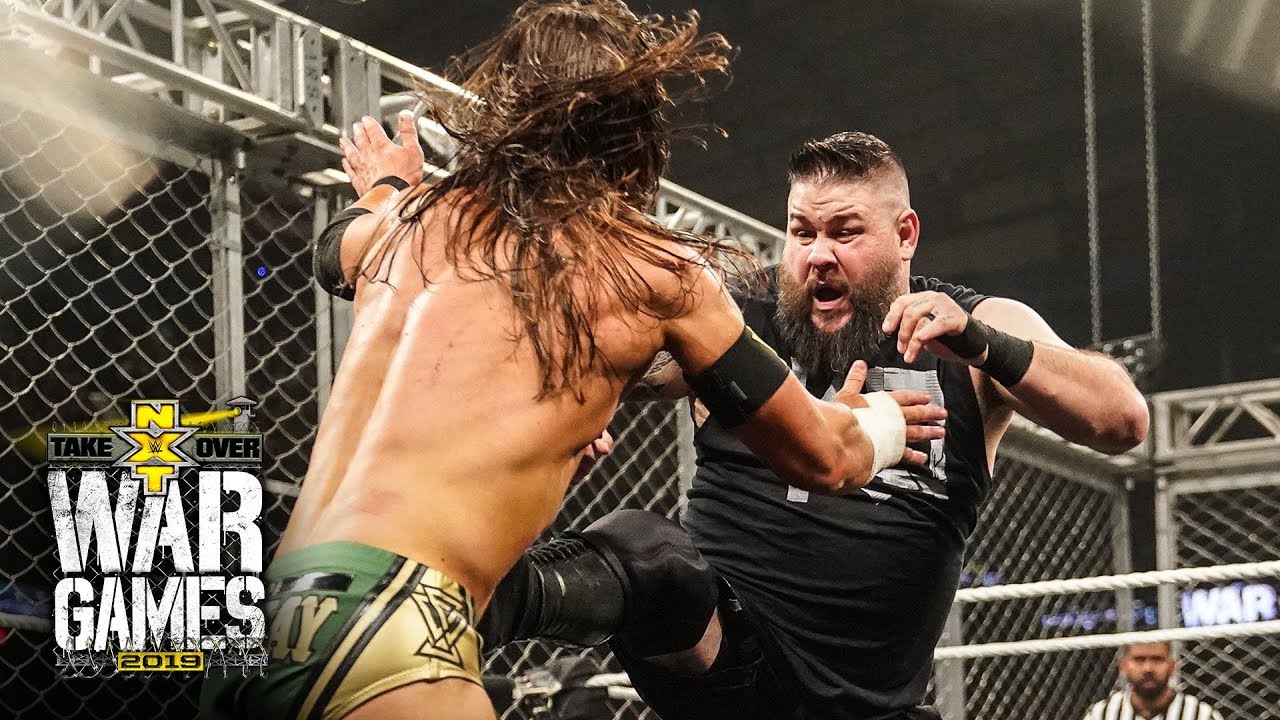 Cole is not the most intimidating looking person in the world (he still has some disturbingly small arms) but he looks and acts like the star that he is. His in-ring work is great and he can have a good match with anyone, which is more than a lot of top stars can say. The more I see of Cole the more impressed I am, and that has been the case at multiple stops in his career.

What matters more than anything else with Cole is that confidence he has. Cole talks like he’s a main eventer rather that someone who wants to be one, and that is what sets him apart. Every time I’ve heard him talk about his career, he has said the same things a lot of wrestlers say: that he’s great and he’s ready to prove it. The difference is that Cole has actually done it and it makes him into the star that NXT (or anyone) needs.

And then there’s the winner of all winners. Ripley showed up on SmackDown where she beat Charlotte and Sasha Banks in a captain’s triple threat when she pinned Charlotte, got the pin on NXT Women’s Champion Baszler in WarGames, and then pinned Banks to win the women’s Survivor Series match to get NXT off on the right foot.

Take a look at greatness: 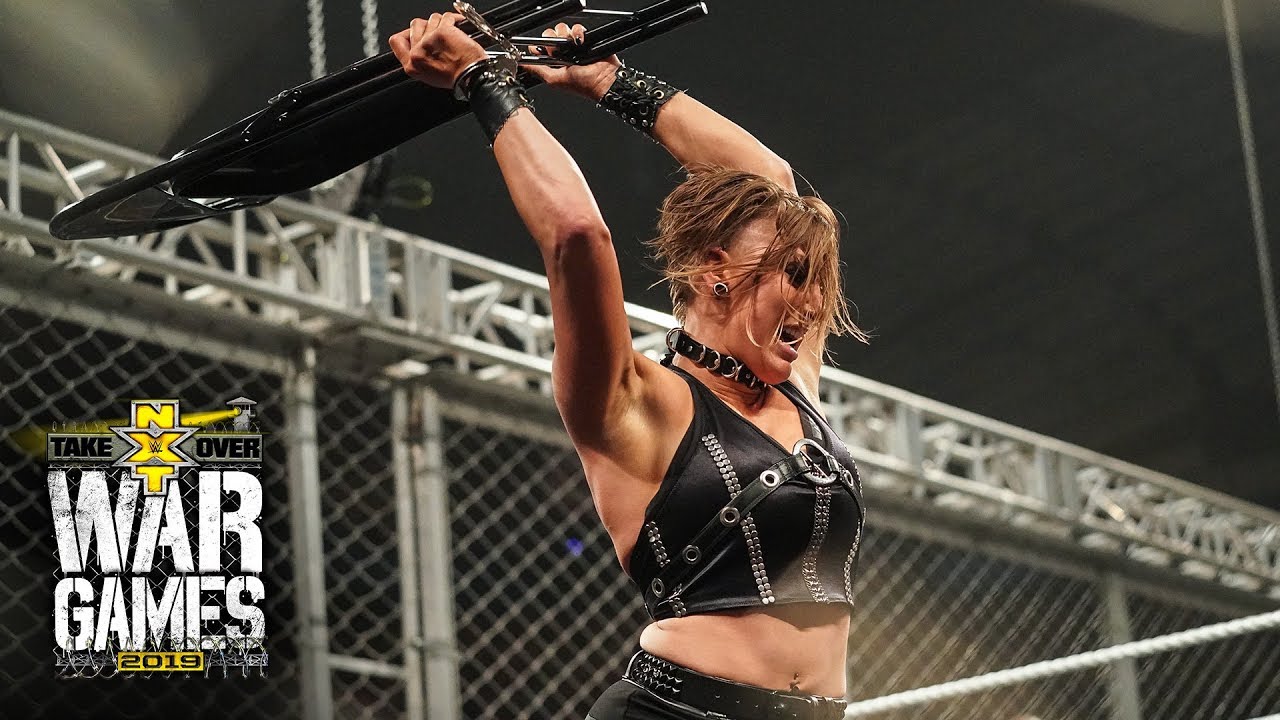 That’s the kind of a three day stretch that few wrestlers can achieve in their entire career. Ripley did it in three days and moved up about 183 rungs on the star power ladder. She looks like a star, acts like a star, and seems destined to be the next big thing in any women’s division. That already sounds great, but when you factor in that she just turned twenty three years old last month, it’s almost impossible to fathom.

Ripley’s weekend started on a high note and then just kept getting higher and higher every time that she got in the ring. She’s another person you have to watch every time she is in front of you because she has that fire in her eyes. It was clear that WWE saw something in her when they made her the first NXT UK Women’s Champion, but this weekend said that they saw a lot more in her than that. I’m just not sure if anyone knows how much really is in her, and that’s a fun reality to have.

This was a huge weekend for NXT. The lights were on bright and their stars shined the entire time. I’ve been watching NXT since the beginning and I have no idea how they keep churning these people out like this. I’m not sure where these people or NXT as a whole are going next but this weekend showed that not only has NXT arrived, but they’re taking over, assuming they haven’t already done just that. 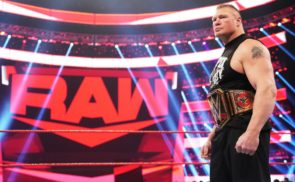 Brock Lesnar as WWE Champion: A Good Routine, or Too Much Routine?